The Revere House, at the southwest corner of Main and Elliot Streets in Brattleboro, around 1860-1877. Image from Picturesque Brattleboro (1894). 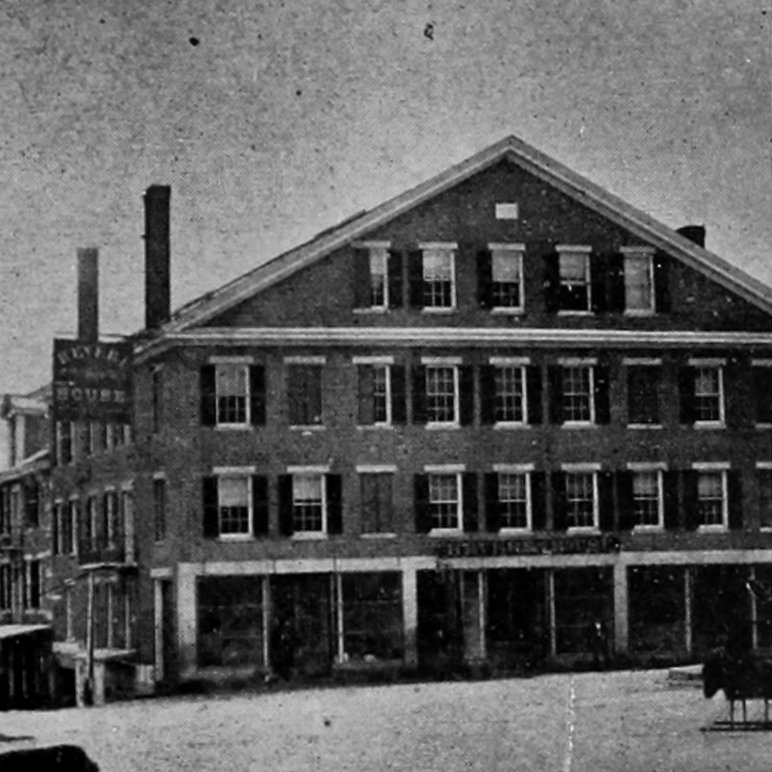 The same location, around 1894. Image from Picturesque Brattleboro (1894). 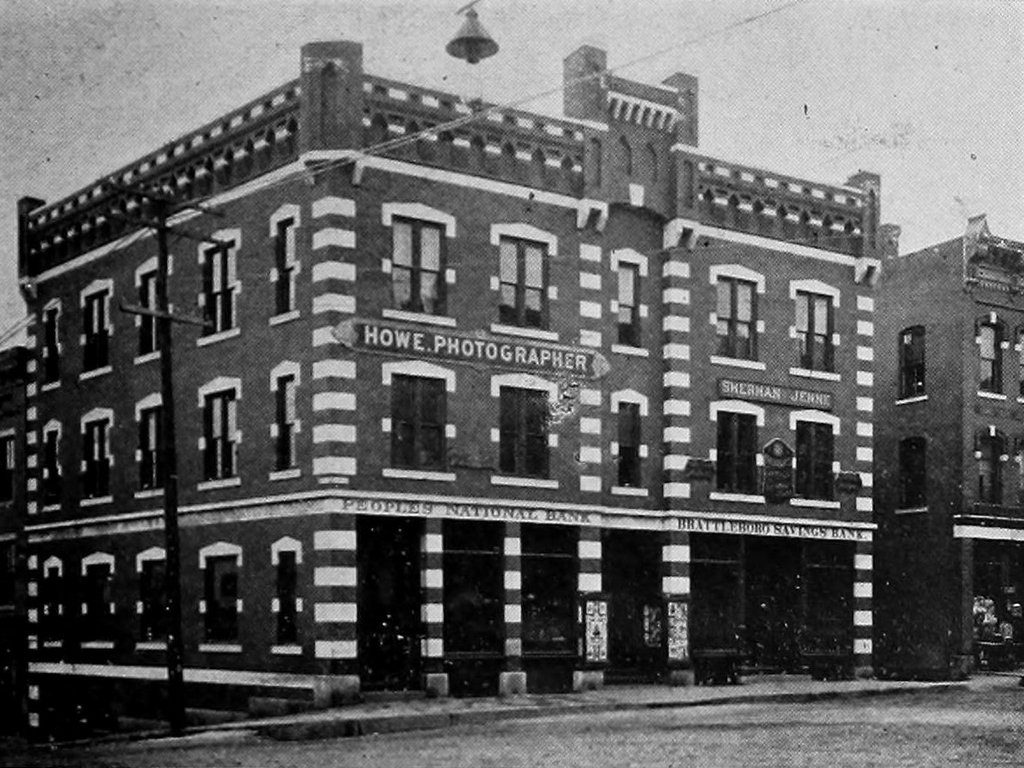 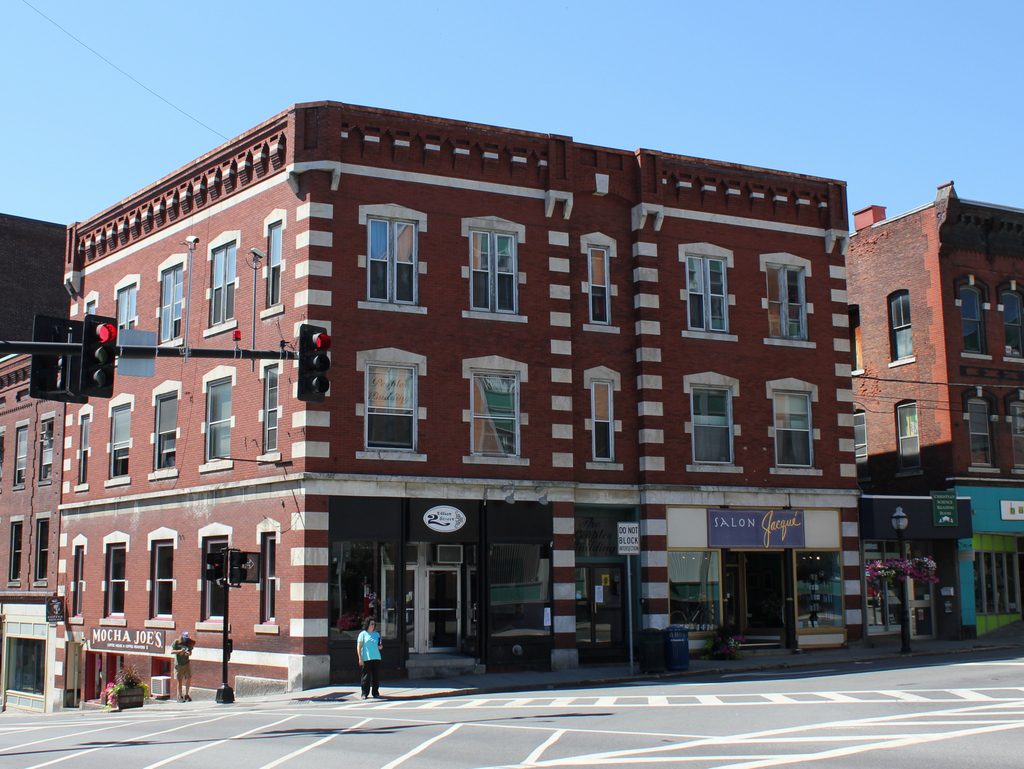 The first photo shows the Revere House, a hotel that was built in 1849 by James Fisk, Sr. Born in Rhode Island, Fisk grew up in Adams, Massachusetts, and as an adult he moved first to Pownal and then to Bennington, Vermont. He became a successful peddler, traveling throughout western New England and eastern New York, where he sold silk dresses and other high-end dry goods. He moved to Brattleboro in 1843, and about six years later he built the Revere House. By this point, the Fisk family included James’s second wife Love, their daughter Mary, and Fisk’s son from his first marriage, James, Jr.

The Fisks moved into the Revere House after its completion, and the younger James, who was about 15 at the time, worked as a waiter here in the hotel. He later joined his father’s peddling business, before becoming a salesman for the Boston-based Jordan Marsh and Company. James, Jr. went on to make his fortune during the Civil War, obtaining contracts with the federal government to supply textiles for army uniforms, while also smuggling scare cotton from the south. With his earnings, he speculated heavily, gaining and losing significant sums in the process.

Fisk eventually became one of the most notorious of the Gilded Age “robber barons.” Using dubious tactics, he and fellow investor Jay Gould managed to gain control of Cornelius Vanderbilt’s Erie Railroad, and in 1869 the two men triggered a nationwide economic panic in an unsuccessful attempt to corner the gold market. However, his career as a financier was cut short less than three years later, when he was murdered by Edward Stiles Stokes, who was a rival for the affections of Fisk’s mistress, Josie Mansfield.

Although Fisk was living in New York City at the time of his murder, his body was returned to Brattleboro for burial. An estimated 5,000 mourners – equivalent to the entire population of the town at the time – were on hand when his funeral train arrived in town at almost midnight, and his body was brought to the Revere House. The next morning, on January 9, 1872, his funeral was held here at the hotel, followed by his burial at the Prospect Hill Cemetery on South Main Street.

By this point, the Fisk family had moved out of the Revere House, and the building burned down only a few years later, in 1877, after a fire broke out in the hotel stables. The site was quickly rebuilt, though, and the current building was completed in 1880 as the home of the People’s National Bank. Unlike the plain Greek Revival-style hotel that preceded it, this building had an ornate design that was based on High Victorian Gothic architecture, and included an elaborate cornice with turrets, along with a highly contrasting exterior of red brick and white marble.

Today, the old People’s National Bank building still stands here at the corner of Main and Elliot Streets. Its appearance has been somewhat altered over the years, most notably with the removal of the upper part of the cornice. However, it still remains a unique example of High Victorian Gothic architecture in downtown Brattleboro, and it is one of the many 19th century commercial buildings that still line Main Street. Along with the rest of the neighborhood, the building is now part of the Brattleboro Downtown Historic District, which was added to the National Register of Historic Places in 1983.