The George J. Brooks Library on Main Street in Brattleboro, around 1905. Image courtesy of the Library of Congress, Detroit Publishing Company Collection. 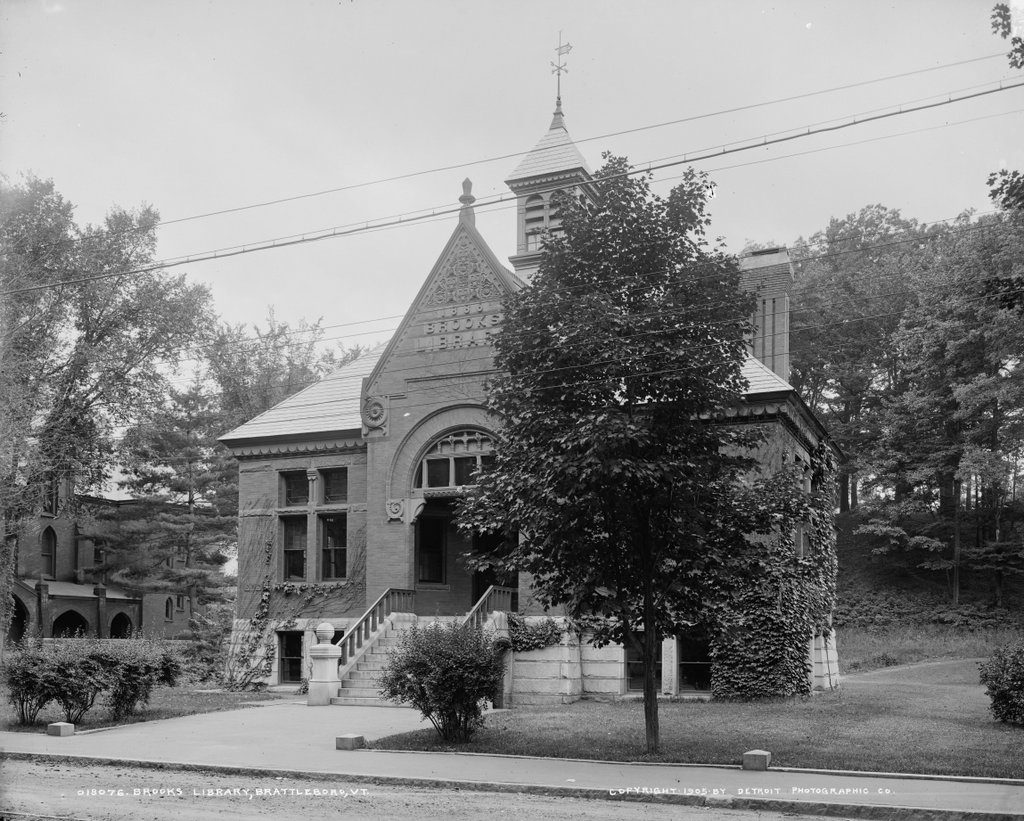 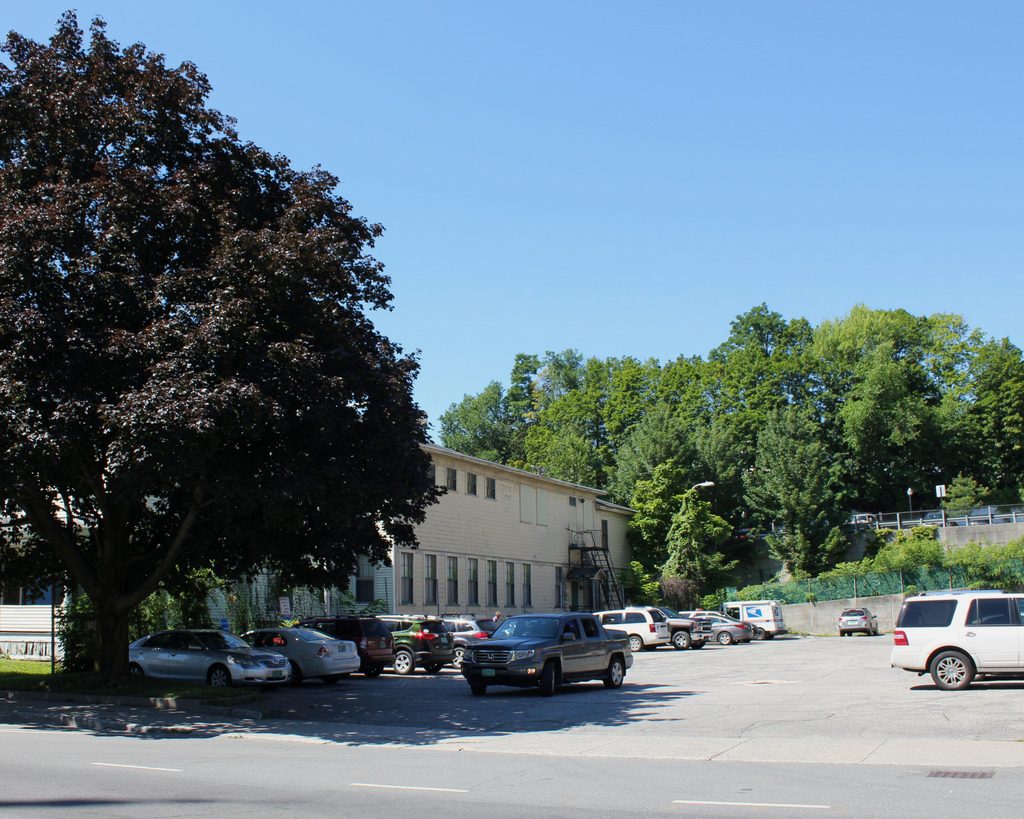 George Jones Brooks was born in 1818 in Cambridge, Massachusetts, but when he was three years old his family relocated to Chesterfield, New Hampshire, directly across the river from Brattleboro. He grew up there, and subsequently worked at a store in Brattleboro, before heading west around the age of 20. He first settled in Hillsboro, Illinois, where he was a farmer for about 12 years. Then, in 1850, he joined the thousands of other young men who were flocking to San Francisco after the discovery of gold in California.

Unlike most of the other migrants, though, Brooks was not looking to get wealthy through gold, but rather through paper. His brother, Horace Brooks, was a wholesale paper manufacturer in New York, and he suggested that George open a business in San Francisco. Like almost every other commodity, paper was in short supply in the still-primitive boomtown, and in later years Brooks would tell of times when every scrap of paper on the west coast was located in his store. This scarcity, combined with his virtual monopoly, earned him significant profits, and by the time Brooks left the paper business in 1862 he had become a wealthy man.

Brooks eventually returned to Brattleboro, where he built the elegant Brooks House hotel, which still stands just a little south of here. Then, in 1885, he purchased the former Francis Goodhue House here on Main Street, in order to build a library on the site. The old house was soon demolished, and construction began on the first permanent home of Brattleboro’s public library, which had previously been located in the Town Hall. Upon completion, the building was presented to the town as a gift, but unfortunately Brooks did not live to see it finished; he died on December 23, 1886, just weeks before the dedication ceremony.

Like many other public buildings of the era, the George J. Brooks Library featured Romanesque Revival architecture. It was the work of Maine architect Alexander Currier, and the building was actually larger than it appears in the first photograph. As built, the front section included a ladies’ reading room on the right side, a men’s reading room on the left, and a vestibule and lobby in the center. The library itself was located in a large wing on the rear of the building, which was nearly the same size as the front section, and included the main floor plus a balcony. The basement originally housed a natural history museum, but this was later converted into a children’s library.

It did not take very long for the library to outgrow the original space, though, and in the early 20th century it was expanded with a large addition in the rear. Following this expansion, it continued to be used for many years, but by the 1960s the building was again overcrowded, and the adjacent post office wanted the property in order to build a parking lot. So, a new Brooks Memorial Library building opened just to the north of here in 1967, and the old building was demolished four years later. The parking lot is still here today, and the only surviving remnant from the first photo is the First Baptist Church on the far left, which is still standing on the other side of the Masonic Lodge.