Looking north on Main Street from near the corner of Elliot Street in Brattleboro, around 1865. Image from Picturesque Brattleboro (1865). 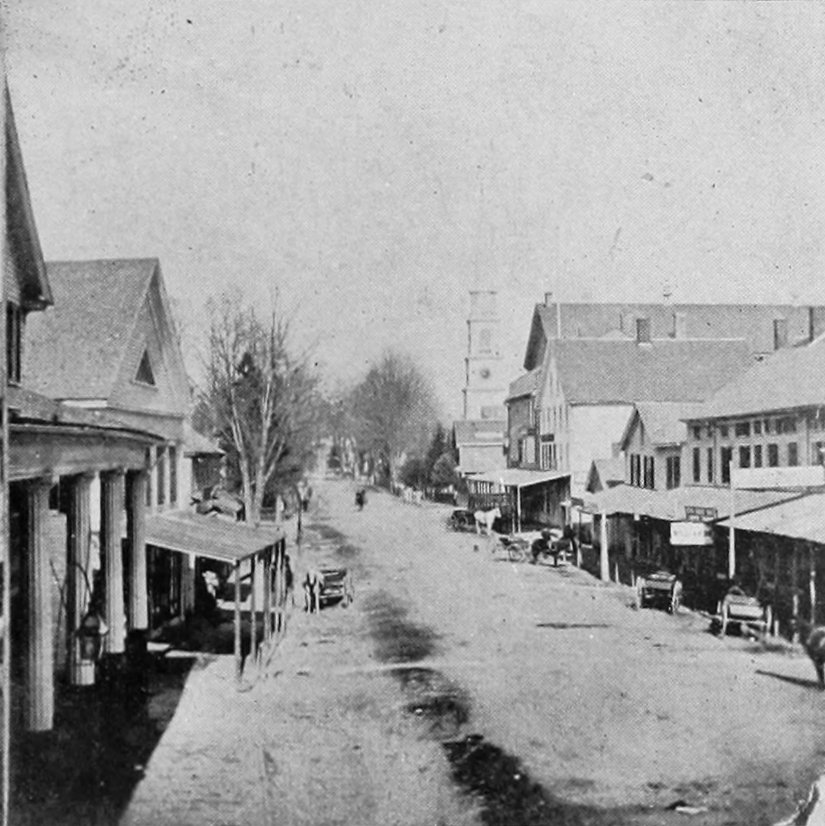 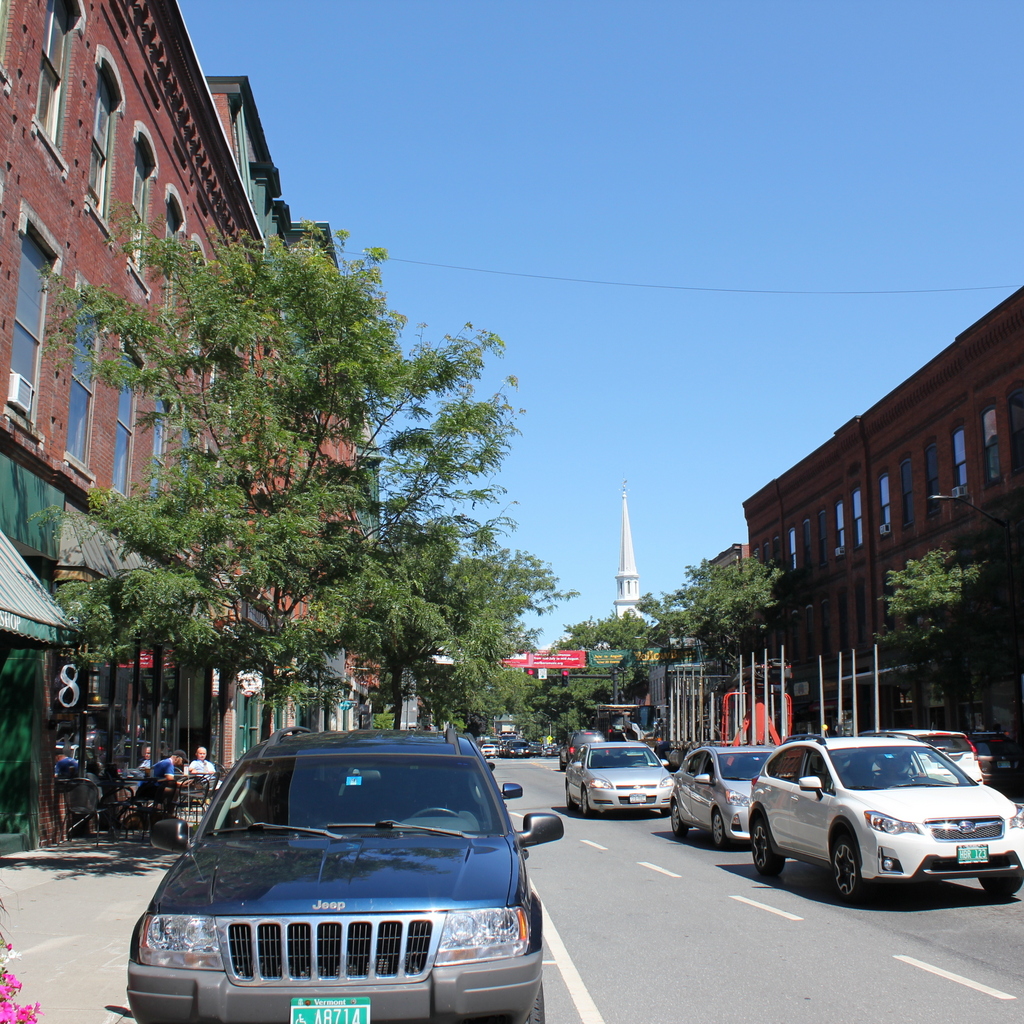 The first photo shows downtown Brattleboro as it appeared in 1865, back when this section Main Street was still mostly lined with wood-frame commercial buildings. These included, on the far left, the Brattleboro House, which was previously known as Chase’s Stage House. Built in 1795 and subsequently expanded over the years, this was an important hotel throughout the first half of the 19th century, accommodating visitors and stagecoach travelers while also serving as a meeting place for locals. On the other side of the street, on the far right, was Hall’s Long Building, which was built in the 1830s or earlier. This building had a variety of commercial tenants over the years, and was the home of the post office from 1845 to 1849. The building also housed the town’s first telegraph office, sendings its first message in 1851.

This scene changed dramatically in 1869, only a few years after the first photo was taken. October of that year was a particularly disastrous month, beginning with 36 hours of heavy rainfall. The resulting flood on October 4 destroyed factories and homes along the Whetstone Brook, washed out most of the bridges over the brook, and killed two people. However, the flood also helped set the stage for another disaster at the end of the month. In the early morning hours of October 31, a fire started in the kitchen of a saloon on the left side of the street. The flames soon spread to the surrounding wooden buildings as firemen rushed to the scene, but their efforts were hampered by the aftermath of the flood. Their response was delayed by the washed-out bridges, and they also had difficulty getting water, since the flood had destroyed the water wheel that pumped water from the brook.

The fire ultimately destroyed the entire west side of Main Street, between Elliot and High Streets, including all of the buildings on the left side of this scene. Aside from all of the other challenges, firemen also had to contend with a strong northwest wind that blew embers across the streets. The Revere House, located just south of here on the other side of Elliot Street, caught fire several times, as did Hall’s Long Building across Main Street. However, both of these buildings were ultimately saved, and the fire was contained within just one block.

Ultimately, the fire spurred several large building projects on the site of the rubble, and the early 19th century buildings were quickly replaced by modern brick commercial blocks. The Crosby Block in the foreground, and the Brooks House in the distance were both completed in 1871, and both are still standing today. Meanwhile, the other side of Main Street would soon undergo some changes as well. Hall’s Long Block was destroyed in yet another fire, in 1883, and the following year the site was rebuilt with the brick, three-story Hooker-Dunham Block, which takes up most of the right side of the present-day scene.

Today, only two identifiable buildings are still standing from the first photo, and both are located far in the distance. The most noticeable of these is the Centre Congregational Church, which was built in 1842 and had its current steeple added in 1864, only about a year before the first photo was taken. This steeple still rises above the trees in the present-day scene, and is the only surviving feature from the first photo that is visible from this angle. Otherwise, the only other existing building from the first photo is the far less prominent granite-faced building at 165-169 Main Street, which is partially visible to the right of the church in the 1865 view. This building, although heavily altered, is still standing today, although it is hidden by the trees in the 2017 photo.