Looking west on Williston Street in Brattleboro, around 1894. Image from Picturesque Brattleboro (1894). 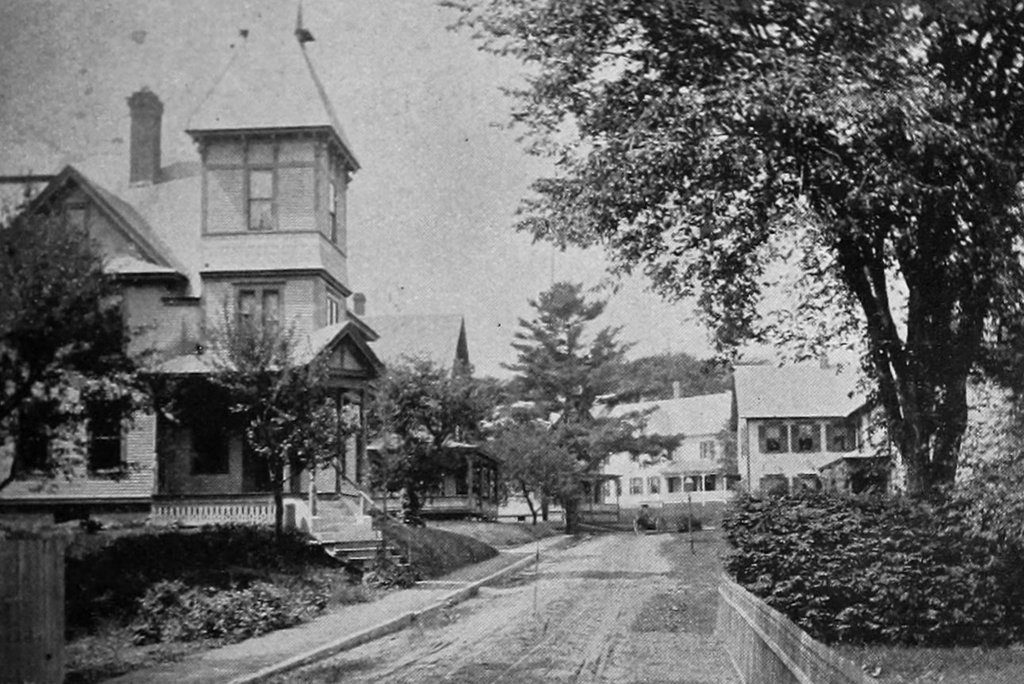 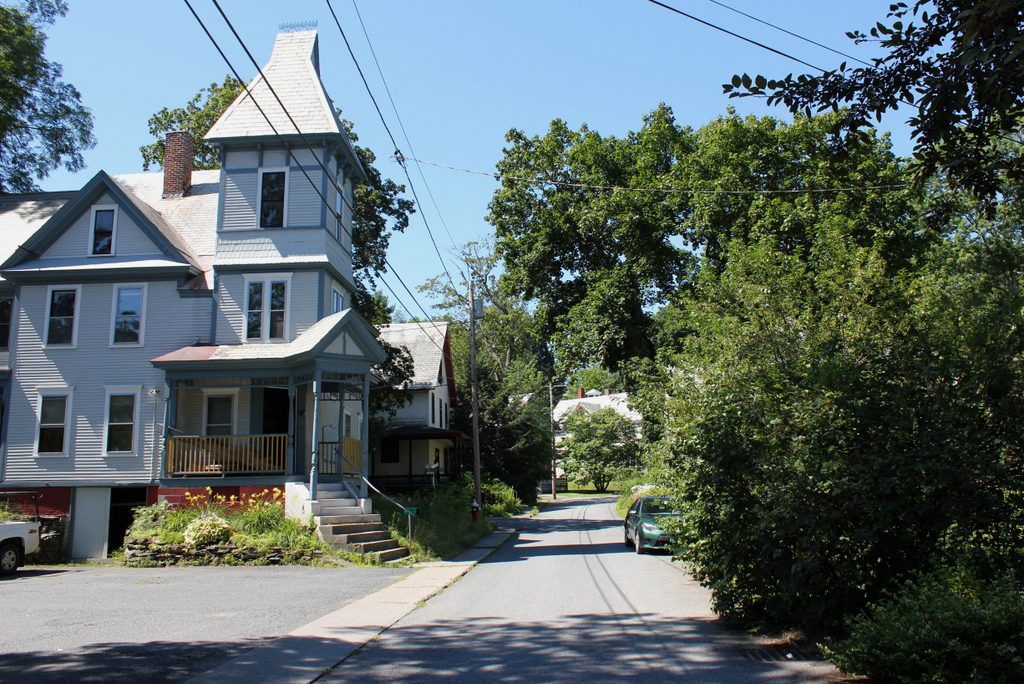 During the second half of the 19th century, Brattleboro developed as a small but prosperous mill town, becoming a commercial hub for southeastern Vermont. As the population grew, so did demand for new housing, and this period saw the development of new, middle class neighborhoods near downtown. This included the opening of Williston Street in the mid-1880s, on land that had previously belonged to merchant and bank executive Nathan B. Williston (1798-1883). The parallel Chapin Street was also developed around the same time, with these two streets connecting Asylum (now Linden) Street and Oak Street.

The first photo shows Williston Street around the early 1890s, shortly after it was developed. The most visible house in this scene, on the left side of the photo, was also probably the most architecturally noteworthy of the houses on the street. It was probably built sometime in the late 1880s, with a Stick-style design that includes a prominent tower on the corner closest to the camera. Around the time that the first photo was taken, it was owned by John S. Brown, a wood carver who worked for the Estey Organ Company here in Brattleboro. Brown was 76 years old and listed as being retired in the 1900 census, and he was living here with his wife Harriet. He would remain here until his death in 1908, and Harriet died in 1916, presumably while still residing in this house.

Nearly 125 years after the first photo was taken, this scene on Williston Street has not significantly changed. Although paved now, the street is just as narrow as it was in the 19th century. The right side is partially hidden by trees and bushes, but all of the houses from the first photo appear to still be standing. Most of the houses have been well-preserved on the exterior, including the one on the left, which hardly looks any different from its appearance when the Browns lived here. However, the building’s use has changed over the years, and at some point it was converted from a residence into a commercial property.