The house at 27 Herbert Street, at the corner of Derby Street in Salem, around 1906. Image courtesy of the Library of Congress, Detroit Publishing Company Collection. 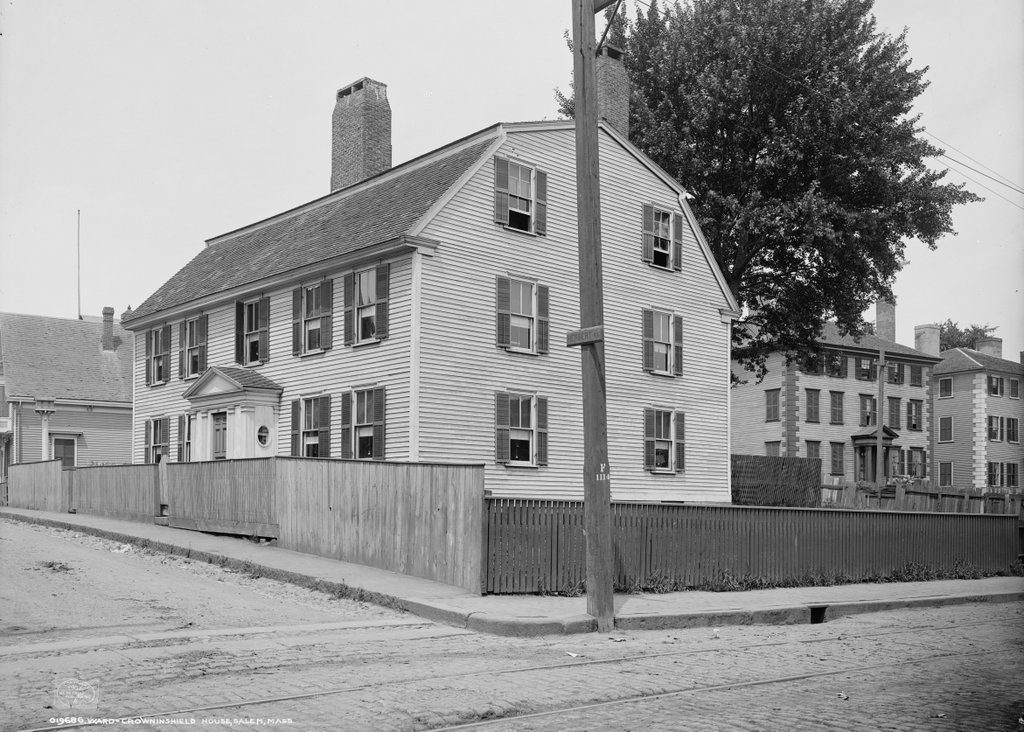 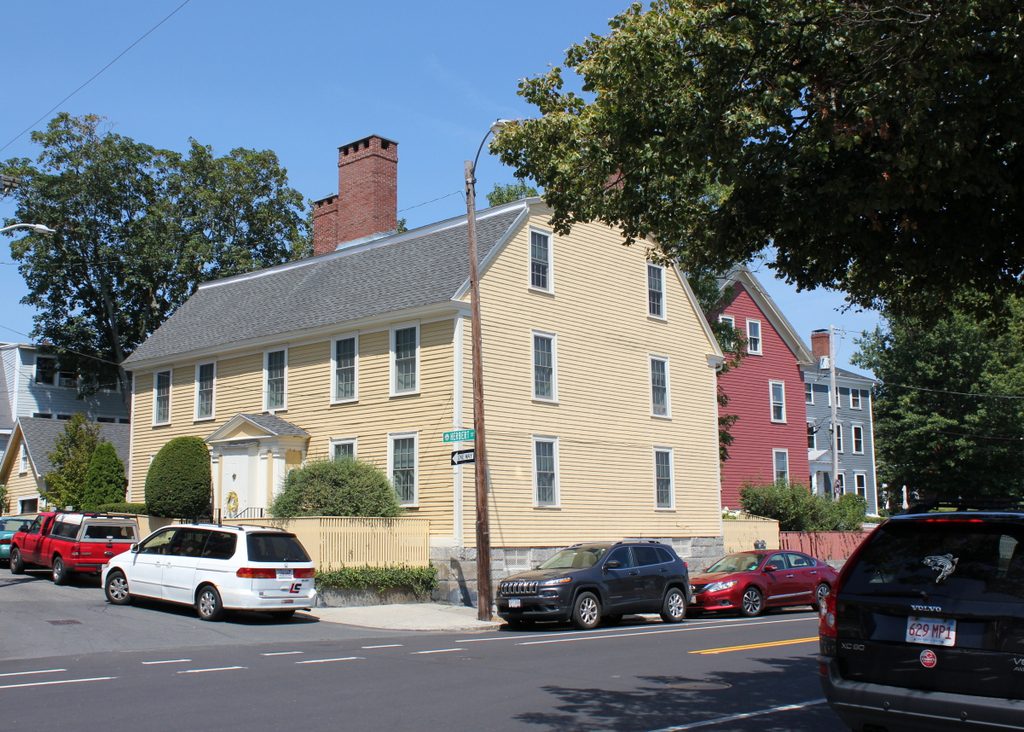 This house was built around 1735-36, and was originally the home of Richard Derby, Sr., a mariner who would go on to become a prosperous merchant and the patriarch of one of Salem’s leading families. He moved into this house when he was in his early 20s, around the same time as his marriage to Mary Hodges in 1735. The following year he made his first voyage as captain, commanding the sloop Ranger, which he sailed to Spain with a cargo of fish and returned with oil, fruit, and handkerchiefs. He would spend the next two decades as a captain, taking many voyages to Europe, the West Indies, and other destinations, before retiring from the sea in 1757.

By this point, Derby had become a wealthy man, with ownership interests in a number of ships, and he began operating as a merchant here in Salem. Then, in 1762, he began construction of Derby Wharf, which would eventually become the largest wharf in the harbor. He did lose a few ships during the French and Indian War, and his business was further affected by the Sugar Act of 1764, which placed a tax on the molasses trade. However, Derby still continued to prosper, and was actively involved in the merchant business until the early 1770s.

Richard and Mary Derby raised six children here in this house: Richard, Jr., Mary, Elias, John, Martha, and Sarah. Both the younger Richard and John became ship captains, with John achieving some fame for the role he played at the start of the American Revolution. The war started on April 19, 1775, with the battles of Lexington and Concord. However, in the days when transatlantic news traveled only as quickly as the ship that carried it, the accounts of the battles would take time to reach England. The Patriot leaders recognized the value of being first to bring the news to the British people, since it would allow their version of events to influence public opinion, so John Derby was given the responsibility of carrying these reports. He departed Salem on April 29 aboard the Quero, and arrived in London on May 28, nearly two weeks ahead of the ship that brought the official British account of the battles.

However, the most prominent of Richard Derby’s children was his son Elias Hasket Derby, who took over control of the family merchant business after Richard’s retirement.  Like the rest of his family, he was a staunch Patriot during the war, and owned a number of privateers that preyed on British shipping. He profited from these successful privateers, and his fortune continued to grow after the war, as Salem ships began trading with the East Indies, China, India, and other distant ports. By the 1790s, he was among the wealthiest men in the country, and lived in an elegant mansion on Washington Street, near the center of Salem. This period coincided with Salem’s height of prosperity as a seaport, when it ranked as the seventh-largest city or town in the country, and the wealthiest on a per-capita basis. Derby had much to do with this, and some 50 years after his death he was referred to as “King Derby” by Nathaniel Hawthorne, in his introduction to The Scarlet Letter.

Richard Derby died in 1783, leaving this house to Elias, who rented it out to several different tenants between 1785 and 1795. Then, in 1795, he sold the house to lumber merchant Miles Ward, who subdivided the property and lived in this house with his wife Hannah. Ward died just a year later, but the house would remain in his family for many years. His son, Joseph Chipman Ward, later inherited the property, followed by his son Miles Ward. As late as 1897, the house was owned by Frances L. Ward, who was the widow of Chipman Ward, another of Joseph’s children.

The first photo was taken a few years later, around 1906. By this point, the house was being rented by Thomas and Anna Rock, two Irish immigrants who were in their 60s at the time. They lived here with two of their adult children, Mary and Thomas, both of whom were employed as clerks. This was a significant difference from a century and a half earlier, when it had been the home of one of Salem’s wealthiest merchants, but this reflected the changes that the city had undergone in the 19th century, as its once-prosperous shipping industry steadily declined. However, the house is still standing today, more than 280 years after the newlywed Richard and Mary Hodges first moved in, and its exterior has seen few changes since the first photo was taken.