A group of children sitting on the front steps of the First Presbyterian Church, at 237 Chestnut Street in Holyoke, around 1892. Image from Picturesque Hampden (1892). 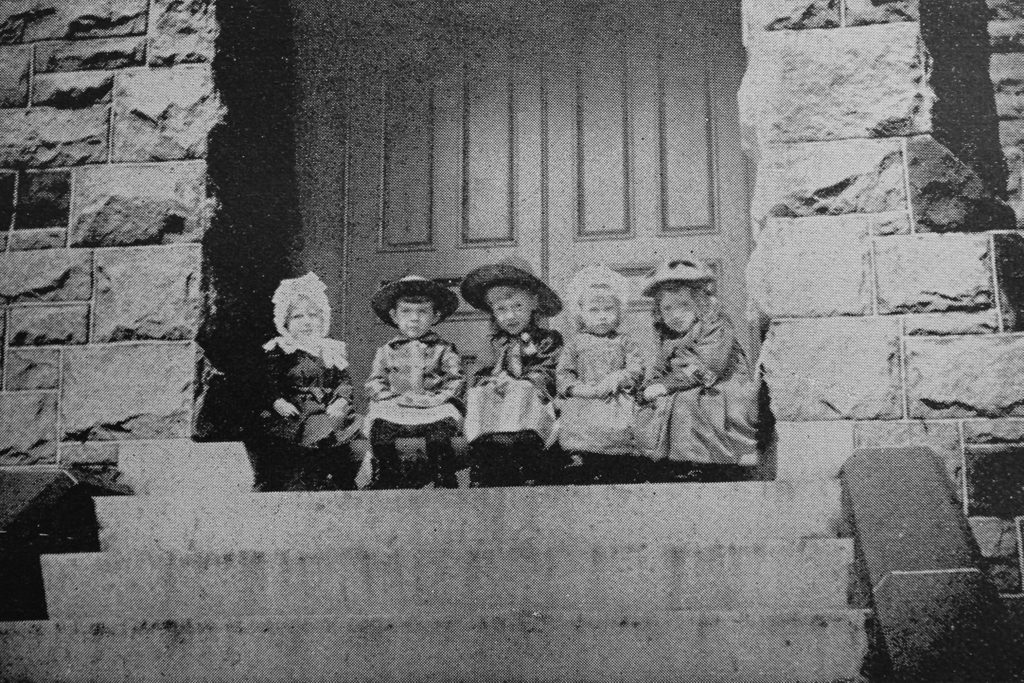 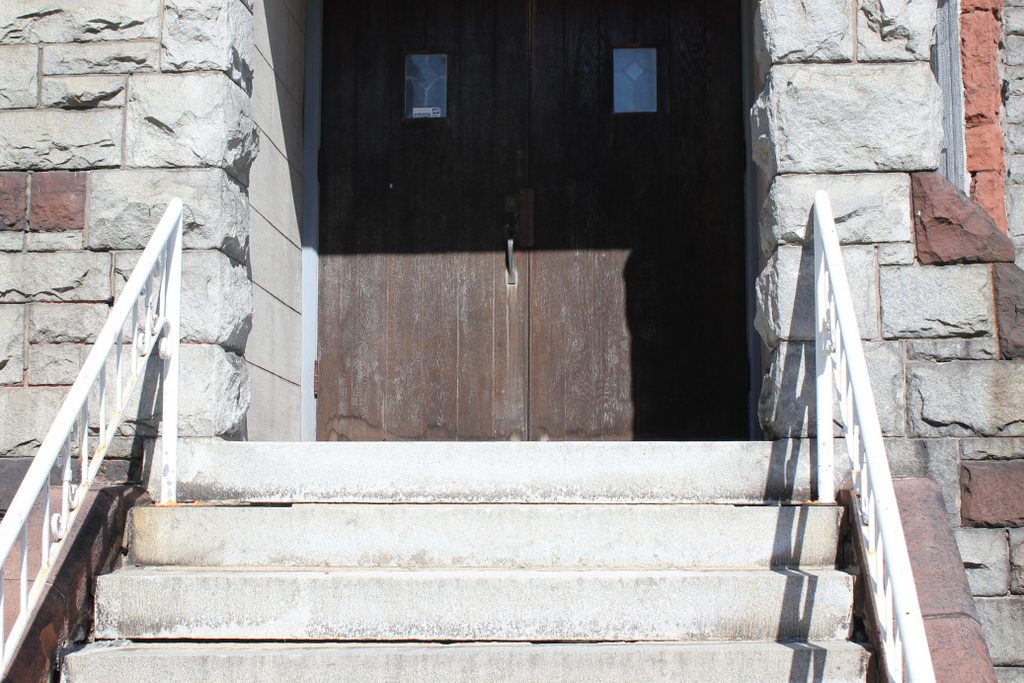 As discussed in the previous post, the First Presbyterian Church of Holyoke was established in 1886, and moved into this newly-completed Romanesque Revival-style building two years later. It was built of contrasting granite and brownstone blocks, and had two front entrances on the Chestnut Street side. This particular scene shows the northwestern entrance, which is on the right side of the building when facing it from the street, and it provides good detail of the rough-faced blocks that make up the exterior of the building.

The first photo was taken only a few years after the church was completed, and shows a group of five young children sitting on the front steps. Although the children are unidentified, their parents likely worked in some of the many factories in Holyoke, and they themselves probably ended up working in the factories too. Some may have even attended this church for the rest of their lives, since the building was owned by the First Presbyterian Church for more than a century after the photo was taken.

Today, around 125 years later, not much has changed in this scene. The church is still standing, and this entrance has seen only minor changes, such as a new door and the addition of railings on the steps. The building is a good example of Romanesque Revival architecture, and it is one of many historic 19th century churches in Holyoke. Although the original congregation sold it in 2002, is still in use as a church, and is now the home of the Centro de Restauracion Emanuel.