Looking north on High Street from the corner of Essex Street in Holyoke, around 1910-1915. Image from Illustrated & Descriptive Holyoke Massachusetts. 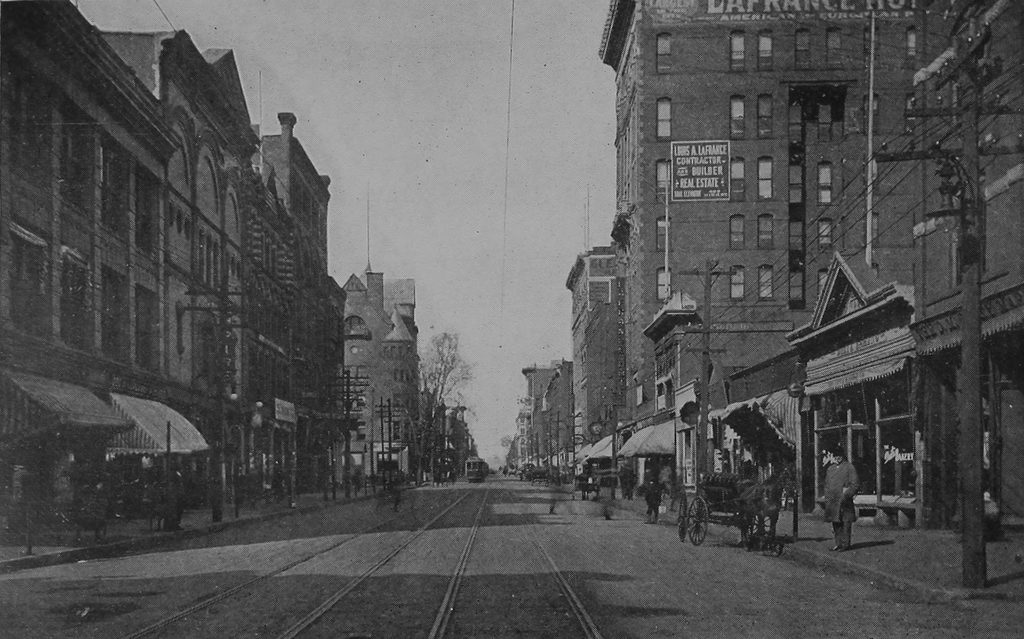 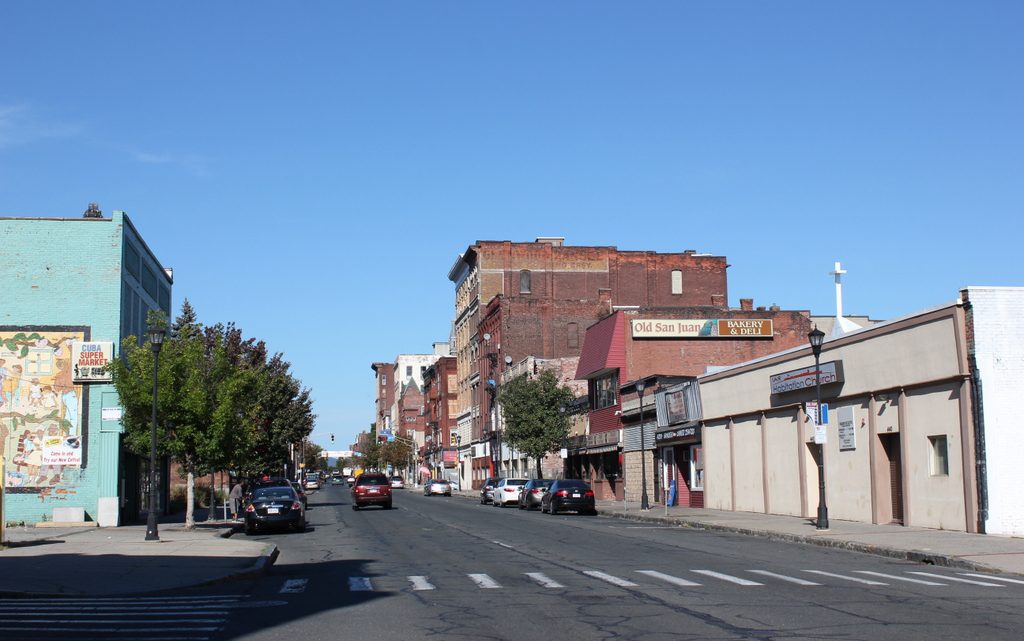 In the northern part of downtown Holyoke, much of High Street has remained well-preserved, with entire blocks that have hardly been changed since they were developed in the second half of the 19th century. However, this is not the case further to the south, where newer buildings and vacant lots are a more common sight. This block, between Essex and Appleton Streets, has a small group of historic buildings at its northern end, but the southern part of the block, seen here in the foreground, is hardly recognizable from the first photo.

The most prominent building in the first photo is the eight-story LaFrance Hotel, which occupies much of the right side of the scene. It was built in the first decade of the 20th century, and was originally owned by Louis A. LaFrance, a French-Canadian immigrant who became a prominent figure in Holyoke’s real estate and construction business. The LaFrance Hotel was among his most notable properties, and was designed by local architect William B. Reid. It was also among the tallest buildings in the city, towering above the other commercial blocks on High Street, which generally ranged from two to six stories.

Further in the distance, at the corner of Appleton Street, is a pair of six-story buildings that were constructed a few years earlier in the 1890s. The narrower of these two is the red brick McLean Building, and just beyond it is the yellow brick Senior Block, which extends to Appleton Street. Diagonally across from the Senior Block is the turreted YMCA building, which is visible just to the left of the trolley in the distance of the first photo. This was probably the most historically-significant building in the scene, as it was the place where, in 1895, William G. Morgan invented the game of volleyball.

Today, all of the buildings in the foreground of the first photo have either been demolished or altered beyond recognition, and may of the buildings further in the distance are gone as well. Both the McLean Building and Senior Block are still there, but the historic YMCA building across the street was destroyed in a fire in 1943. The LaFrance Hotel, which later became the Essex House, stood here for many years. However, by the early 2000s it was vacant and in poor condition, with bricks regularly falling onto neighboring buildings. It was slated for demolition in 2014, but the process was expedited by a partial collapse that occurred the day before demolition work was scheduled to begin. The rest of the building was subsequently taken down, and the site is now a vacant lot.