The Second Congregational Church, seen from Maple Street near the corner of Appleton Street in Holyoke, around 1891. Image from Holyoke Illustrated (1891). 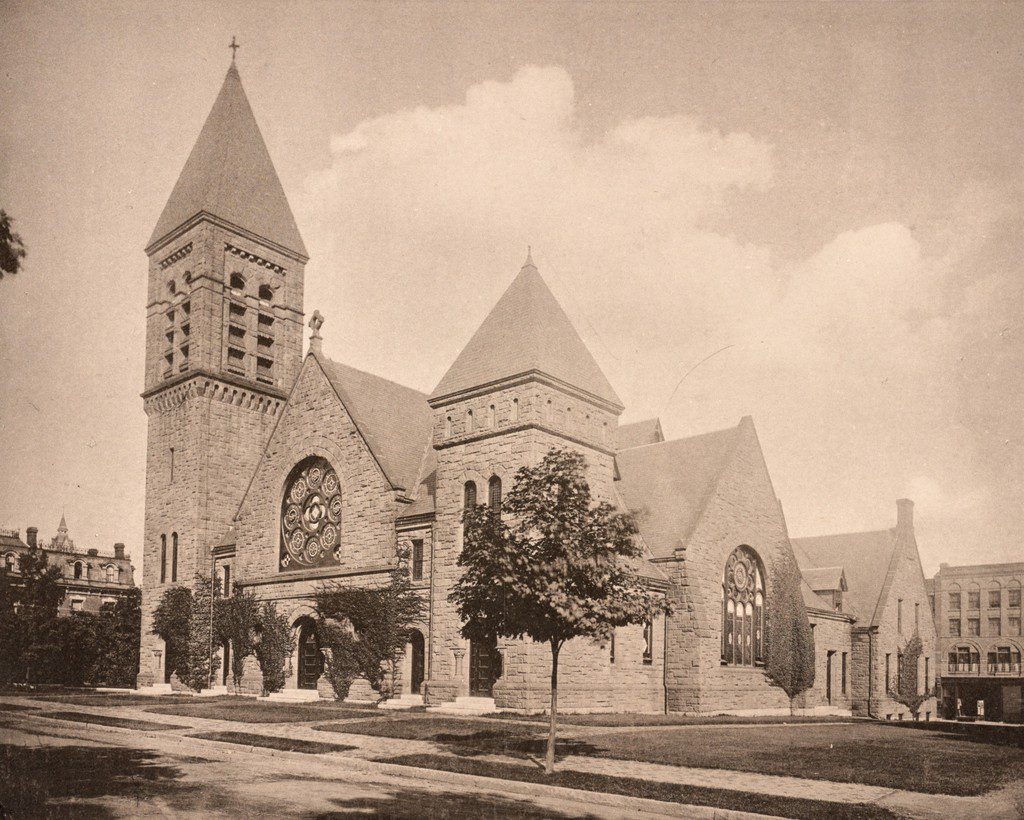 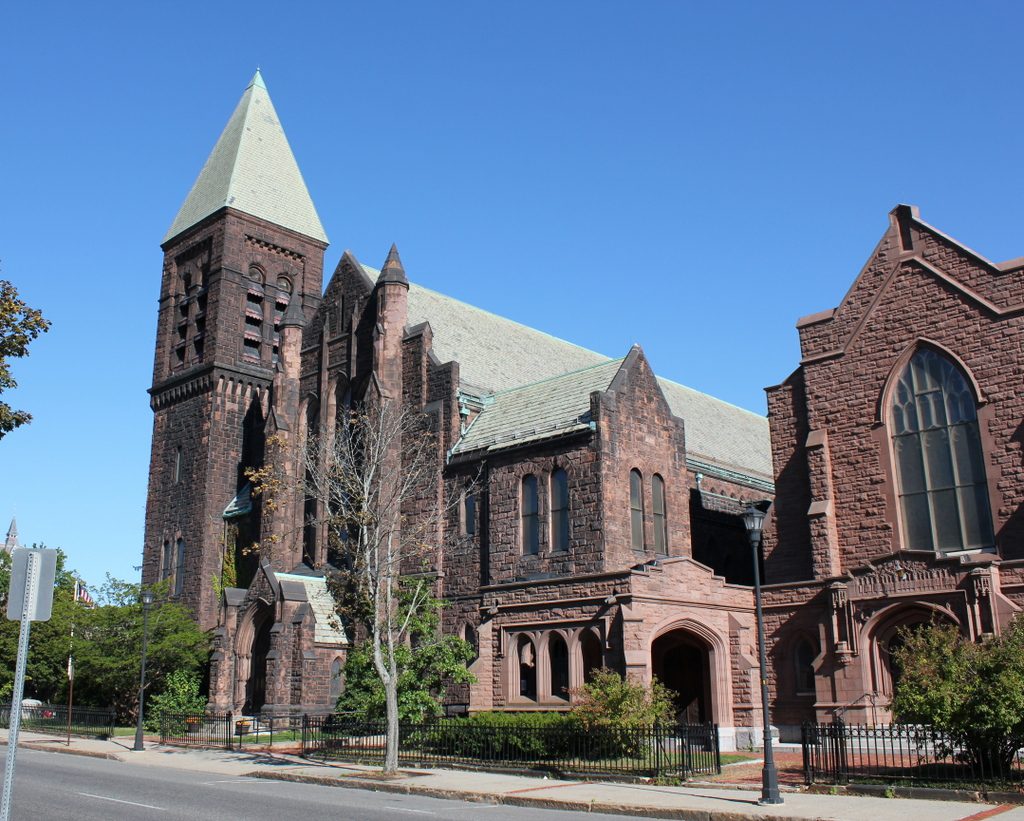 At the time, the church had just 36 members, in a building that could seat 800. However, as Holyoke grew so did the congregation, and by the 1880s it had outgrown the old building. Its location, right at the intersection of two major streets, had also become undesirable because of the levels of noise outside, so in 1885 the church moved into this new building a few blocks away, at the corner of Maple and Appleton Streets. Like many churches of the era, it was built of brownstone and featured Romanesque-style architecture, including an asymmetrical main facade with a tall tower at one corner and a shorter one at the other. The book Story of the Holyoke Churches, published a few years later in 1890, provides the following description:

The church edifice is a most imposing structure. It is built of East Longmeadow stone, with a tower at the northwest corner, 112 feet high. The chapel is at the rear of the church auditorium, with an entrance from Appleton street, its rear elevation being upon High street. Its style is Romanesque. It is undoubtedly as fine a church edifice as there is in the State outside the city of Boston. It will comfortably seat 1,100 persons. All its internal appointments are exceedingly attractive and convenient. It is the pride, not only of the congregation worshiping regularly within its walls, but also of our citizens generally.

In 1912, the Skinner Memorial Chapel was added next to the church, as seen on the far right of the 2017 photo. It was named for the late silk manufacturer William Skinner and his wife Sarah, and was built with funds provided by their children. However, just seven years later, in 1919, the church was almost completely destroyed in a fire. The chapel survived, as did the large tower on the left side, but otherwise only a few fragments from the original building survived. The Boston architectural firm of Allen & Collens, which had designed the chapel, was hired to provide plans for the reconstruction of the rest of the church. The result was a Gothic-style design that matched the chapel, while also incorporating the original Romanesque-style tower.

In 1995, Second Congregational Church merged with Grace United Church, which had itself been formed by a merger of several churches, including First Congregational. Following this merger, it was renamed the United Congregational Church of Holyoke, and its members continue to worship here today. The building itself stands as one of the many historic church buildings in Holyoke, although these two photos illustrate the difference between the original 1885 design and the 1921 reconstruction.