The school at the corner of Broadway and Walnut Street in Chicopee, around 1892. Image from Picturesque Hampden (1892). 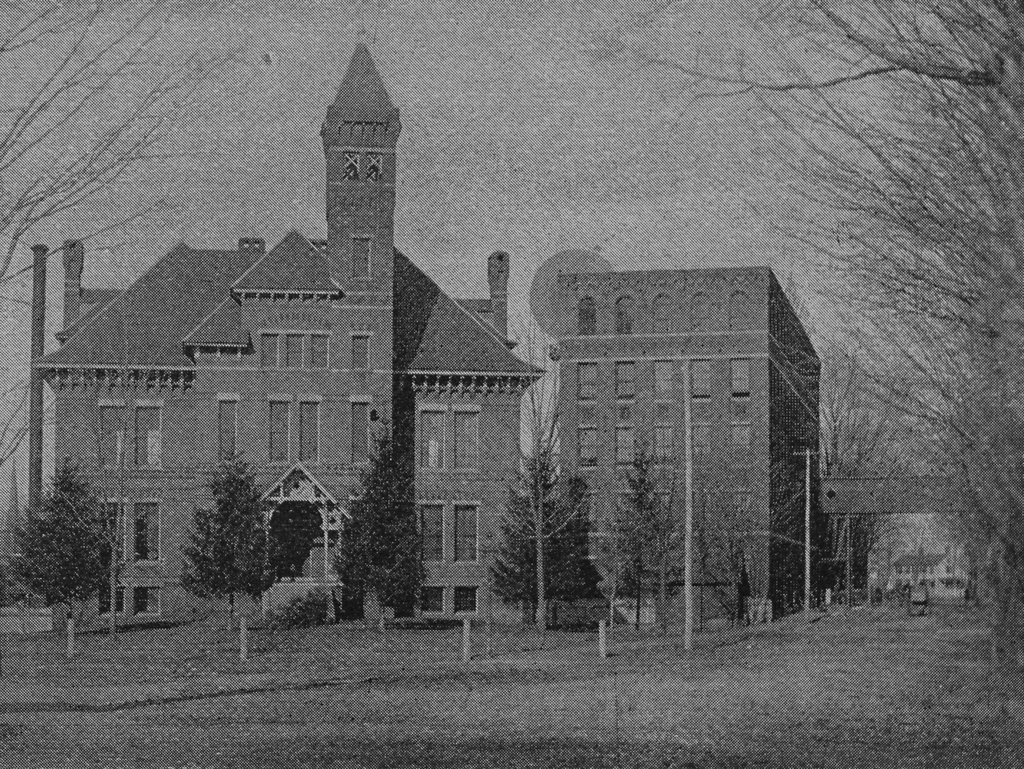 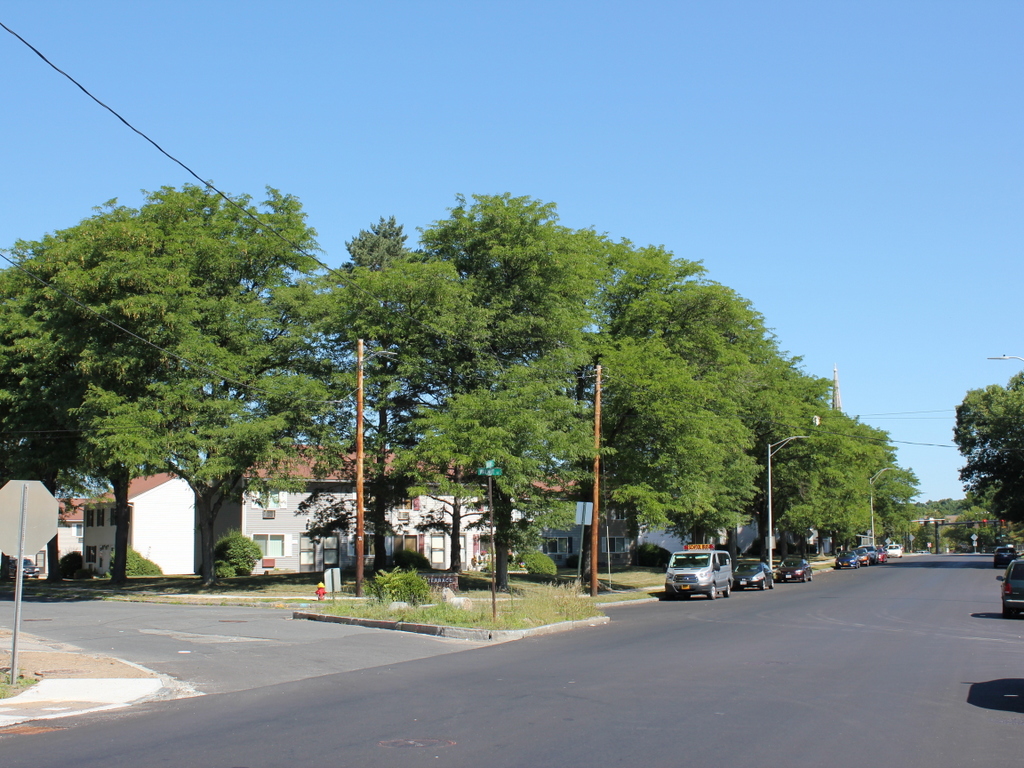 This school was completed in 1876, in the factory village of Chicopee Falls. At the time, Chicopee was developing into an important manufacturing center, and many of the students at this school would have been the children of French Canadian immigrants who worked in the nearby factories. The school itself was located just up the hill from the river, on the southern edge of the village. At the time, the surrounding land was still sparsely developed, but this soon changed as Chicopee continued to grow. By 1882, the land just to the north of the school had become the home of the Overman Wheel Company, whose bicycle factory is visible on the right side of the photo.

The Overman Wheel Company was perhaps most significant for being the first American manufacturer of safety bicycles. Unlike the older penny-farthing bicycles, safety bicycles had identically-sized wheels, much like modern bicycles. They were, comparatively speaking, safer than the older bicycles, which required riders to sit much higher and further forward. Along with this innovation, Overman also produced bicycles with interchangeable parts, pneumatic tires, and all-steel parts. These features gave Overman bicycles a higher price tag than most of their competitors, but they enjoyed widespread popularity, and at its peak this factory was producing some 80,000 bicycles per year.

All of this was good news for the owners and employees at Overman, but it made things more difficult for the teachers and students next door at the school. The constant noise from the bicycle factory proved to be a serious distraction here in the school, and the Chicopee School Committee closed the school in 1893, only about a year after the first photo was taken. The building was subsequently purchased by Overman and converted into a factory, and the teachers and students moved into the newly-completed Alvord School, located just a little further south of here on Broadway.

Overman continued to produce bicycles here until 1900, when the company went out of business amid increased competition and decreased prices for bicycles. The former school became a chocolate factory, and later the home of the Page Paper Box Company, while the rest of the Overman plant was sold to J. Stevens Arms & Tool Co. This company was a leading producer of sporting firearms, and in 1920 it was acquired by Savage Arms, although Stevens continued to manufacture guns here as a subsidiary.

The factory was finally demolished in 1960, after Savage Arms moved production to Westfield, Massachusetts, and the old school may have been demolished around the same time. The site of the factory and school, along with several other adjacent blocks here in Chicopee Falls, were subsequently redeveloped as part of an urban renewal project. It is now an affordable housing complex, and it is named MacArthur Terrace after Chicopee Falls native Arthur MacArthur, a prominent Army general who was also the father of Douglas MacArthur.