The cell block building of the Old Newgate Prison in East Granby, around 1895. Image from The Connecticut Quarterly (1895). 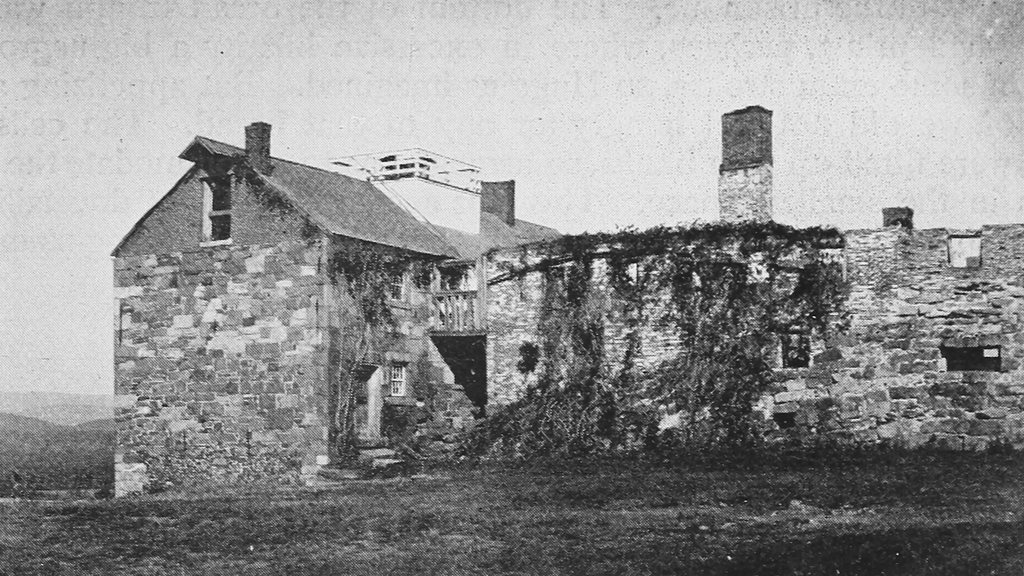 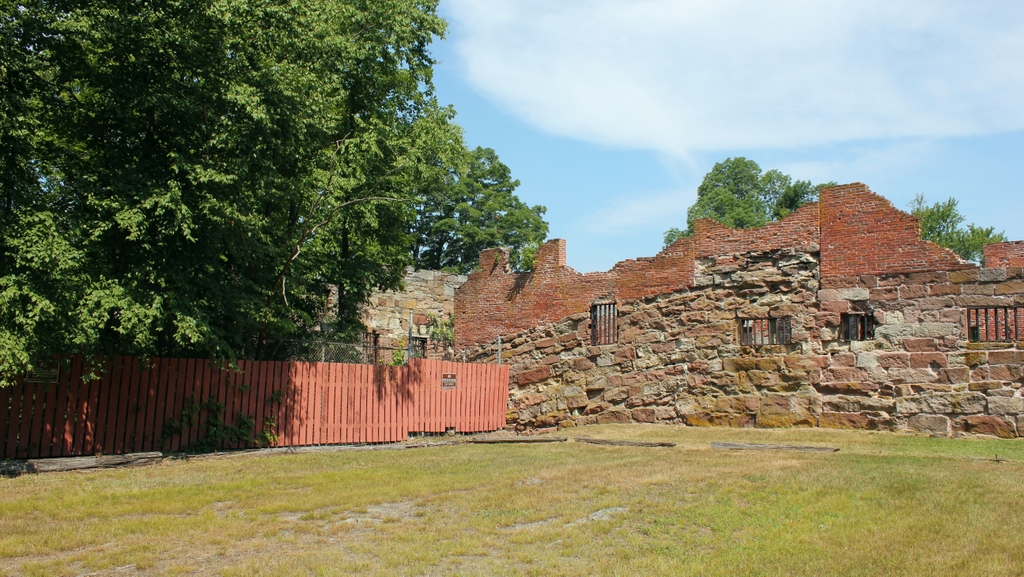 As discussed in more detail in the previous post, this site was originally used as a copper mine during the first half of the 18th century. In 1773, the abandoned tunnels were converted into a prison, and for more than 50 years they were used to house convicts from across Connecticut. However, the old mine proved less secure than government officials had anticipated, and from the beginning the prison was plagued with numerous escapes and riots.

By the early 19th century, the prison had expanded to include a number of above-ground buildings, in addition to the old mine tunnels. The present-day stone wall around the complex was added in 1802, providing an additional level of security, but escapes continued to be a problem. Finally, in 1824, the prisoners were moved out of the tunnels and into a newly-completed cell block building, shown here on the left side of the first photo. This four-story building included cells for 50 prisoners, plus living quarters for the guards, prison offices, and a treadmill, where inmates would grind grain by walking on a human-powered wheel.

Despite these improvements, though, Newgate became a target for prison reform advocates, who saw the conditions here as being inhumane. As a result, a new state prison was constructed in Wethersfield, and the Newgate prisoners were transferred there in 1827. Fittingly enough, though, there was one last escape attempt, which occurred here on the night before Newgate closed. An inmate has requested to spend the night in the tunnels, and he used this opportunity to attempt an escape by climbing a rope in the well shaft. However, the rope broke, and he was killed when he fell back down into the mine.

After the prison closed, there were several attempts to continue mining copper here, but with limited success. Instead, Newgate went on to become a local landmark, and its tales were published in several local history books during the 19th century. By the time the first photo was taken in the 1890s, the prison had been abandoned for around 70 years, and many of the buildings had fallen into ruin. However, the 1824 cell block was still largely intact at this point, as shown on the left side of the first photo, and there was even an observation deck that had been added to the roof.

Unfortunately, this cell block building was reduced to rubble only a decade later, after a fire in 1904. This left the old guardhouse as the only intact building in the former prison complex, but the site remained a popular destination for visitors throughout the 20th century. Then, in 1968, the state of Connecticut purchased the property, stabilized the ruins, and opened it as a museum. The work also included digging a new entrance to the mine tunnels, which allowed visitors to descend via a staircase, instead of a vertical mine shaft.

The museum closed in 2009, due to the deteriorating conditions of the ruins. Over the next nine nears, the site underwent major repairs, and it reopened in 2018, around the same time that the second photo was taken. As this photo shows, there is little left of the old cell block, aside from some of the lower walls. The other buildings here, except for the guardhouse, are in a similar condition, but Newgate still holds a great deal of historical significance. It was one of the first copper mines in the American colonies, and one of the first state prisons in the country, and in 1972 it was designated as a National Historic Landmark, which is the highest level of federal recognition for a historic site.