The First Parish Church on Lexington Road in Concord, around 1895-1900. Image courtesy of the Boston Public Library. 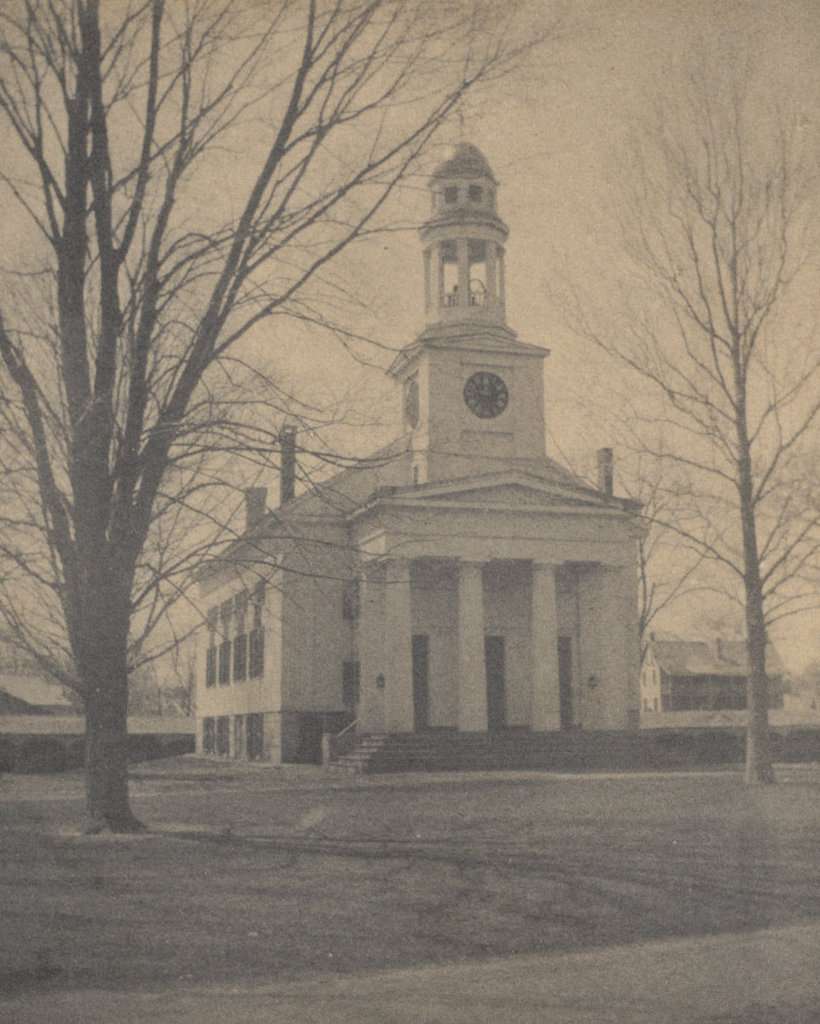 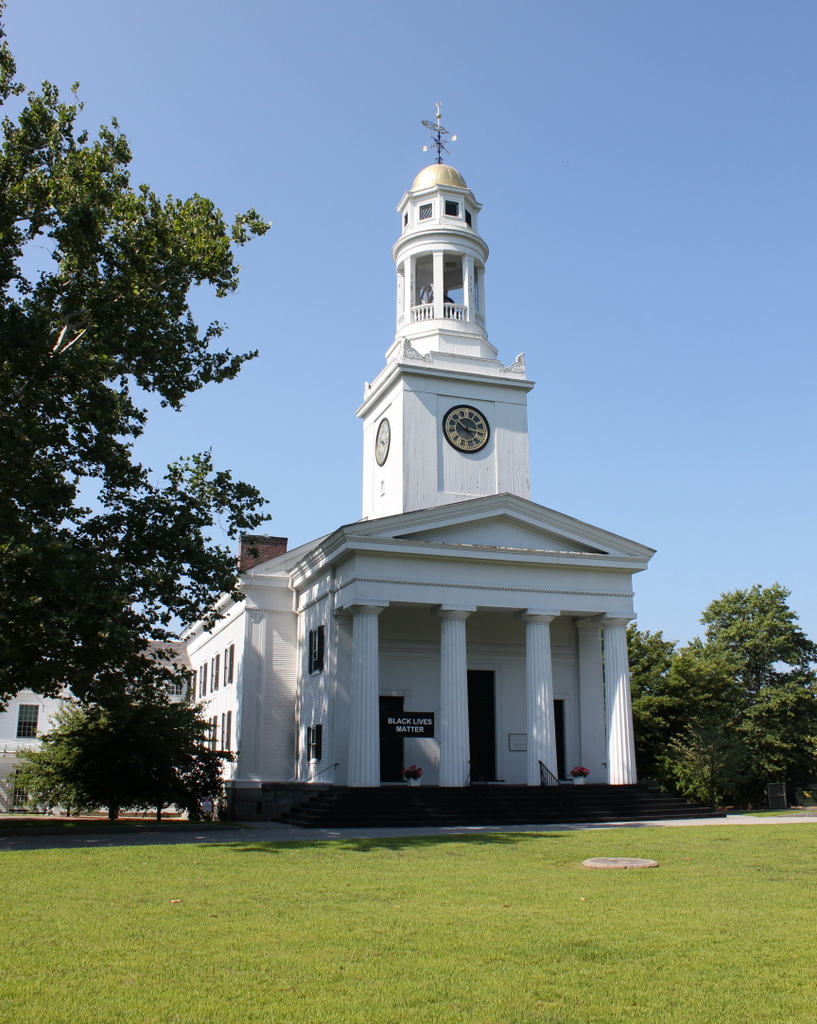 Concord’s First Parish Church was established in 1636, just a year after the town itself was incorporated, and over the years it has occupied several different meetinghouses here in the center of town. The first two were built in the 17th century, and the third in 1712. This one would subsequently undergo several major reconstructions, but it was otherwise still standing when the first photo was taken sometime in the late 1890s.

When it was built in 1712, this church had neither a tower nor portico, and it was set on a different foundation. Despite its modest appearance, though, it served as Concord’s church for many years. Perhaps most significantly, it was temporarily used as the de facto colonial capitol building in October 1774. At the time, the British government had just disbanded the colonial legislature through one of the so-called Intolerable Acts. However, the elected representatives of the various towns ignored this decree and met here at the church in Concord, where John Hancock presided over the assembly, which was known as the Massachusetts Provincial Congress. The pastor of the church at the time was William Emerson, who served as the chaplain of the congress. He subsequently died during the American Revolution in 1776, but he is perhaps best known today as the grandfather of Ralph Waldo Emerson.

The original appearance of this church was fairly typical for New England meetinghouses of the period, with their plain, unadorned style reflecting Puritan beliefs about worship. However, by the late 18th century these ideas about church architecture had begun to change, giving rise to the iconic white-steepled churches that have long been a defining characteristic of small-town New England. However, traditional Yankee frugality still played a role in decision-making, and many of the old churches were simply remodeled instead of being demolished and rebuilt.

Such was the case here in Concord, where the old 1712 building was expanded by 12 feet and a 90-foot tower was added to it in 1792. An even more dramatic change came in 1841, though, when the church hired noted Boston architect Richard Bond to redesign the church in contemporary Greek Revival style. The result was the exterior that appears in the first photo, with its tower and front portico with four large Doric columns. This project also involved rotating the church so that it faced Lexington Road, and constructing a new, six-foot-high granite foundation. All of this work was done at a total cost of $8,300, equivalent to a little over $200,000 today.

The renovated church continued to be a prominent landmark in downtown Concord throughout the 19th century. During this time, Concord was at the height of its importance as a literary center, and its membership included Ralph Waldo Emerson, along with the family of Henry David Thoreau. However, Thoreau himself was not a member, and he made a point of refusing to pay the municipal tax that, at the time, helped to support the church. Despite this, Thoreau’s funeral was held here in the church in 1862, followed by Emerson’s 20 years later.

In 1900, the interior of the church underwent another remodeling, this time to prepare it for the celebration of the 125th anniversary of the Battle of Concord. This included repainting the interior, adding decorative woodwork, and installing electric lights. The whole project took several months, but it was essentially completed by the night of April 11, at a cost of $2,500. However, the building caught fire in the early morning hours of April 12, probably from the spontaneous combustion of rags that the painters had left behind. None of the other surrounding buildings were damaged by the fire, but the church was a total loss, leaving only a few salvageable items by the time the fire was extinguished.

In the aftermath of the fire, the church soon began efforts to replace it with a near-identical replica. Using the original 1841 plans, the architectural firm of Cabot, Everett and Mead designed a new church on the same site. There are a few minor differences between the two designs, including the slope of the roof and the details of the tower, and the new one has a vestibule behind the front portico. Overall, though, it was a a very faithful reproduction of the old church, and at first glace the two buildings are nearly identical. This 1901 church building is still standing today, and it continues to serve as an active Unitarian congregation nearly four centuries after the church was established.