The view looking north in Crawford Notch in the White Mountains, with the Willey House in the distance on the left, around the 1860s or 1870s. Image courtesy of the New York Public Library. 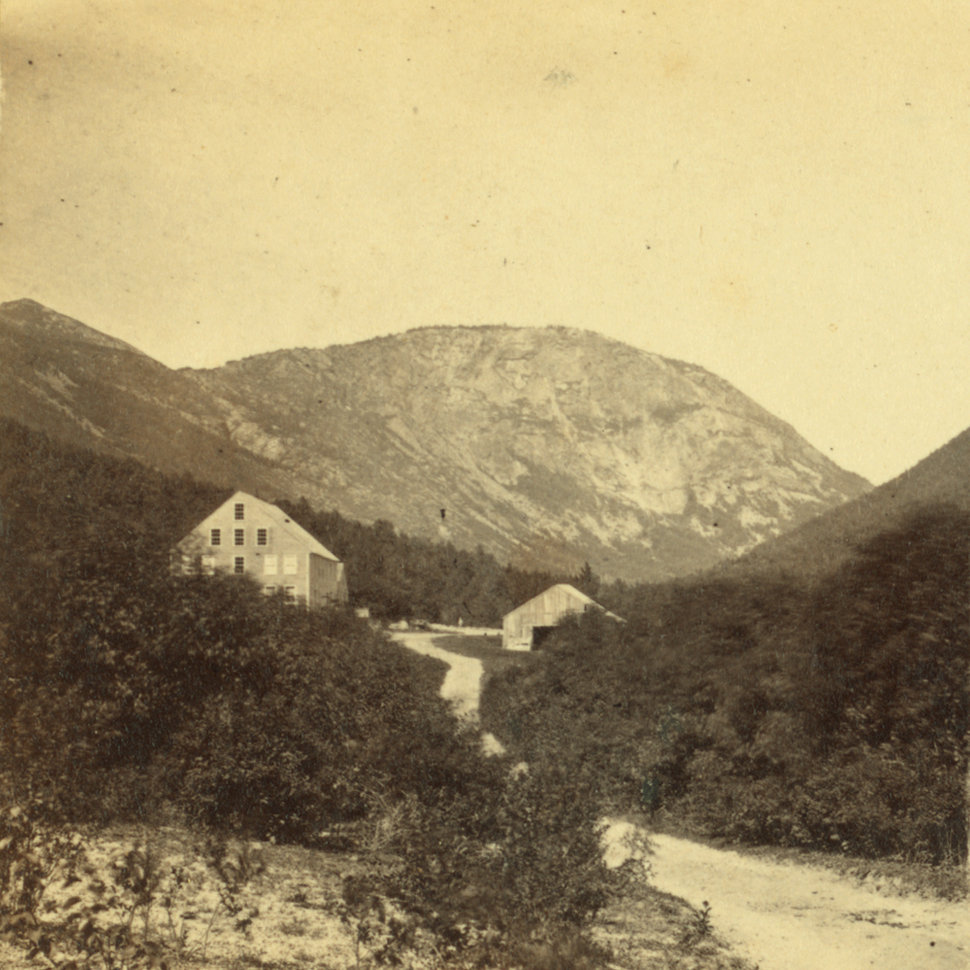 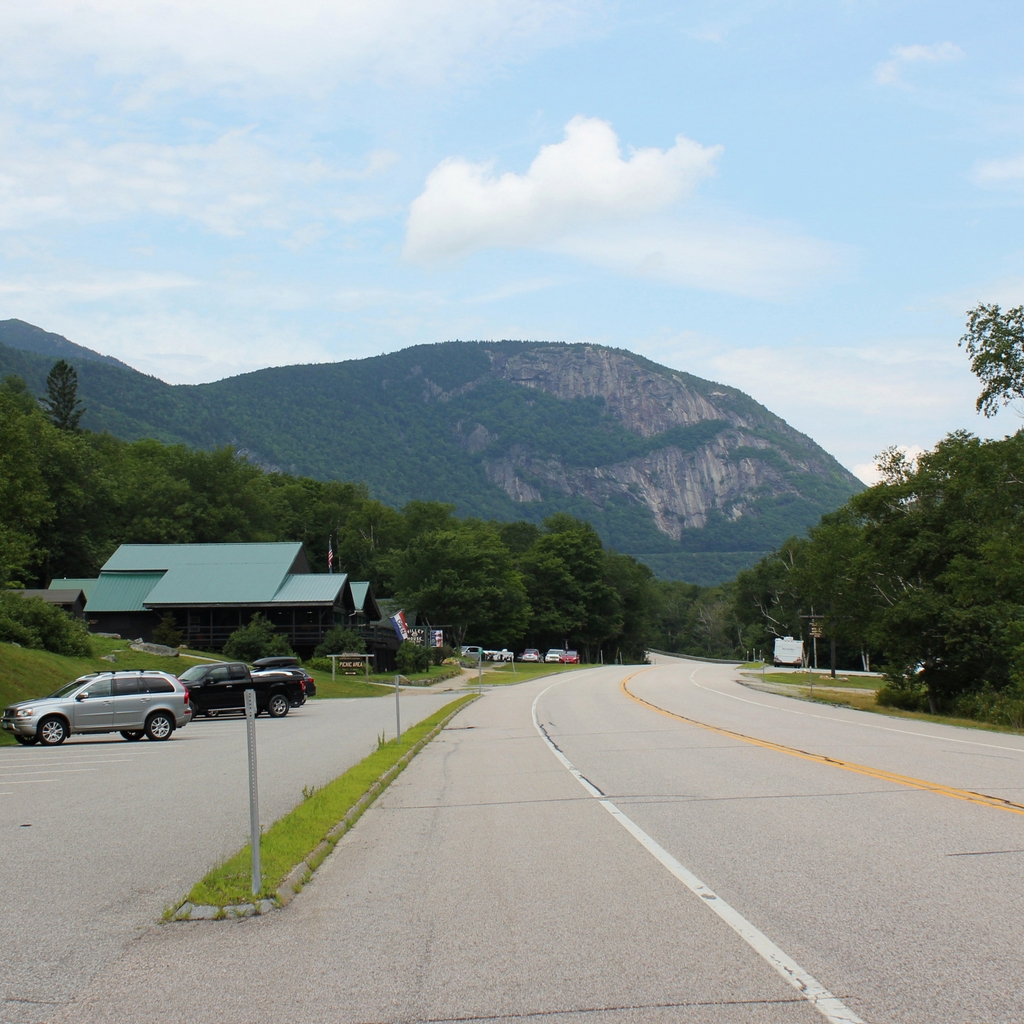 These photos show the view looking north in Crawford Notch, a long, narrow valley through the heart of the White Mountains. For many years, it was the only east-west route through the mountain range, and since the late 18th century it has been a vital transportation corridor. As explained in more detail in an earlier post, the first road through the notch was opened in 1774, and over the years it was steadily improved, eventually becoming part of the Tenth New Hampshire Turnpike in 1806.

To serve these travelers in the midst of the northern New Hampshire wilderness, a series of inns were opened in and around the notch. The first building within the notch itself was a house that was constructed in 1793. Later known as the Willey House, it stood in the left-center of the first photo, where the peak of its gabled roof is barely visible beyond a much larger three-story hotel that was constructed in 1845.

The house served as both a residence and a small inn, and it had several different owners in the early 19th century before being acquired by Samuel Willey in 1825. It was an isolated location in the middle of the notch, several miles away from the nearest neighbor, but Willey moved here in the fall of 1825, along with his wife Polly and their five young children. He spent much of the fall improving the property and preparing it for the long, cold northern New England winter, and the result was a modest but comfortable place for travelers to stop for food, drink, or shelter.

As the Willeys would soon discover, though, the house’s location at the base of a steep cliff made it susceptible to landslides. One occurred in June 1826, and it narrowly missed the house. Then, two months later, another one occurred during a heavy rainstorm on the night of August 28. This time, the house was completely encircled by the debris, although the house itself survived unscathed thanks to a low ledge just above it, which split the flow into two channels.

Unfortunately, though, the Willey family attempted to flee the house in the midst of the storm, evidently fearing that the house would be destroyed. However, in the darkness they unknowingly ran directly into the path of the slide, and all seven were killed, along with two hired hands who lived here with them. Searchers subsequently found six of the bodies, some of them badly mangled, but three of the Willey children were never recovered.

The sudden deaths of nine people, more than half of whom were children under the age of 13, quickly gained national attention. This helped to spur tourism to the White Mountains, and over the next few years many curious visitors came to Crawford Notch to see the Willey House, the aftermath of the landslide, and the surrounding wilderness. The story also became the subject of a now-lost painting by noted artist Thomas Cole, and a short story, “The Ambitious Guest,” by Nathaniel Hawthorne.

By the mid-19th century, the area was a popular destination thanks in large part to the publicity generated by the Willey disaster, and there were many hotels in the vicinity of Crawford Notch. These included the Willey House itself, which had been purchased by Horace Fabyan in 1845. He constructed a new, much larger hotel building adjacent to the old house, and it can be seen on the left side of the first photo. Both buildings stood here until nearly the end of the 19th century, but they were ultimately destroyed by a fire in September 1899.

Today, the site of the house and hotel is now the visitor center and park headquarters for the Crawford Notch State Park. There is little evidence of the buildings that once stood here, although the location of the Willey House is now marked by a small stone monument. The road has also changed significantly since the first photo was taken some 150 years ago, and the narrow dirt path is now U.S. Route 302. Overall, the only thing from the first photo that has not changed is the surrounding landscape, which has been preserved as part of the state park. This includes the most prominent feature in both photos, the 2,804-foot Mount Willard, which dominates the background of the scene and marks the northern end of Crawford Notch.