The lily ponds in Forest Park in Springfield, around 1907. Image courtesy of the Library of Congress, Detroit Publishing Company Collection. 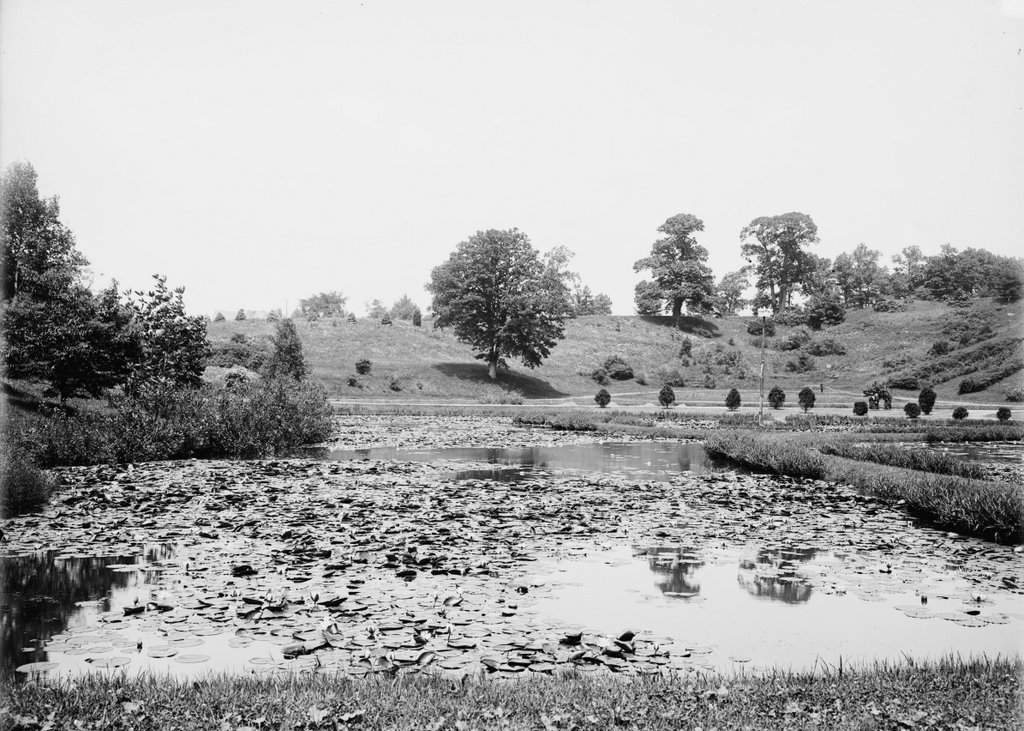 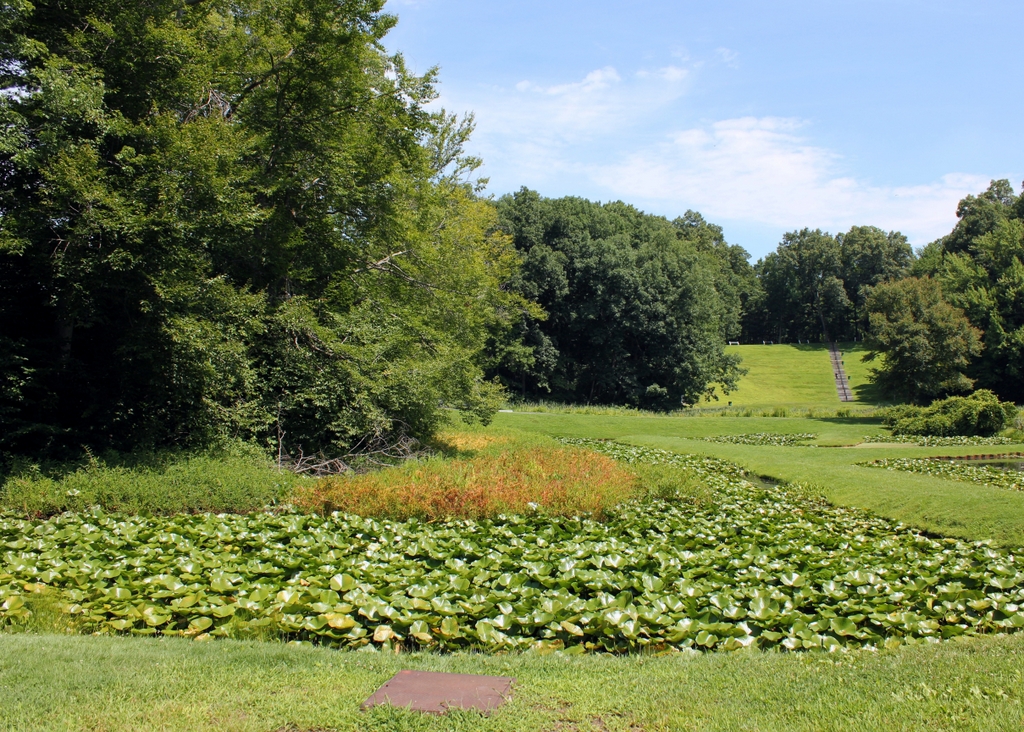 Forest Park is the largest public park in Springfield, encompassing 735 acres of land in the southwestern corner of the city. The origins of the park date back to 1884, and over the years it has been steadily expanded through various donations and land purchases. One of the most significant of these donors was Everett H. Barney, a local ice skate manufacturer who owned much of what is now the western section of the park. He built his house, Pecousic Villa, on the property in 1883, and he subsequently landscaped the grounds with ponds, fountains, a waterfall, bridges, and a network of paths.

Barney had intended to construct a house here for his only child, George. However, George died in 1889, and Barney instead built a mausoleum for his son on the site of what would have been his house. With no other heirs, Barney donated his entire estate to the city, including the house and the meticulously-maintained grounds. His only stipulation was that he and his wife Eliza would be able to reside in the house for the rest of their lives, and they went on to live here until her death in 1905 and his in 1916.

The first photo was taken sometime around 1907, showing the lily ponds that Barney had constructed. It was taken from the path between the lily ponds and the Pecousic Brook, and the view faces north, with Pecousic Villa just out of view on the far left side, on the other side of the hill. Unlike the other sections of Forest Park, which were left in more or less a natural state, this scene was mostly artificial, and the plan was not necessarily admired by all. For example, in 1901 the Springfield Republican published a lengthy commentary on the park, in which it lamented that “Not all the changes of recent years have been for the better.” The article went on to explain:

Everyone must admire the enthusiasm with which Mr. Barney has cultivated the extensive grounds which he has generously added to the park, and criticism of the results would be a most ungrateful task, yet it must be clear from the principles which have been indicated, that a somewhat difficult problem is raised by the conflicting ideals which have been pursued. The rare beauty of the lotus and lily ponds is undeniable, but the general scheme of the park and that of Mr. Barney’s very valuable addition are incongruous. In the park the effort has been to keep as much of nature as is possible in a city park. Mr. Barney’s plan, carried out with diligent personal attention through many years, has involved a design which, though not conventional, is at least artificial.

This criticism notwithstanding, Forest Park proved to be a popular recreation area, with most visitors evidently remaining unfazed by the inconsistencies between the more natural eastern half of the park and the carefully-manicured areas here in the western half. One of the city’s other newspapers, the Springfield Union, praised Barney for his landscaping work in his obituary in 1916, writing:

Forest Park is Springfield’s great breathing ground, and a trip there always includes a visit to “Barney’s front yard.” There he showed his passionate love for nature and that he was an expert horticulturalist. He planted there rare shrubs and trees from Europe, Egypt, China, Japan and India, and there he planned and maintained lily ponds containing nearly all varieties of lilies. There, too, he maintained a lotus pond. Mr. Barney’s nature was a restless, untiring one, and he changed his lawns and flower gardens frequently. His taste ran strongly to mathematical arrangement of flower beds and shrubs, and one is constantly startled by coming suddenly on a stone deer or other piece of statuary.

Today, more than a century after the first photo was taken, Forest Park has undergone some significant changes, including the demolition of the Barney house in the late 1950s to make way for Interstate 91. However, many other scenes in the park, including this one, have remained largely the same. Forest Park is actually much more forested now than it was when it acquired its name, and there are far more trees in the present-day photo, including in the foreground and on the distant hillside. Overall, though, Barney’s lily ponds still look as they did when he first laid them out in the late 19th century, and much of his other landscaping work remains intact after having been enjoyed by many generations of Springfield residents.