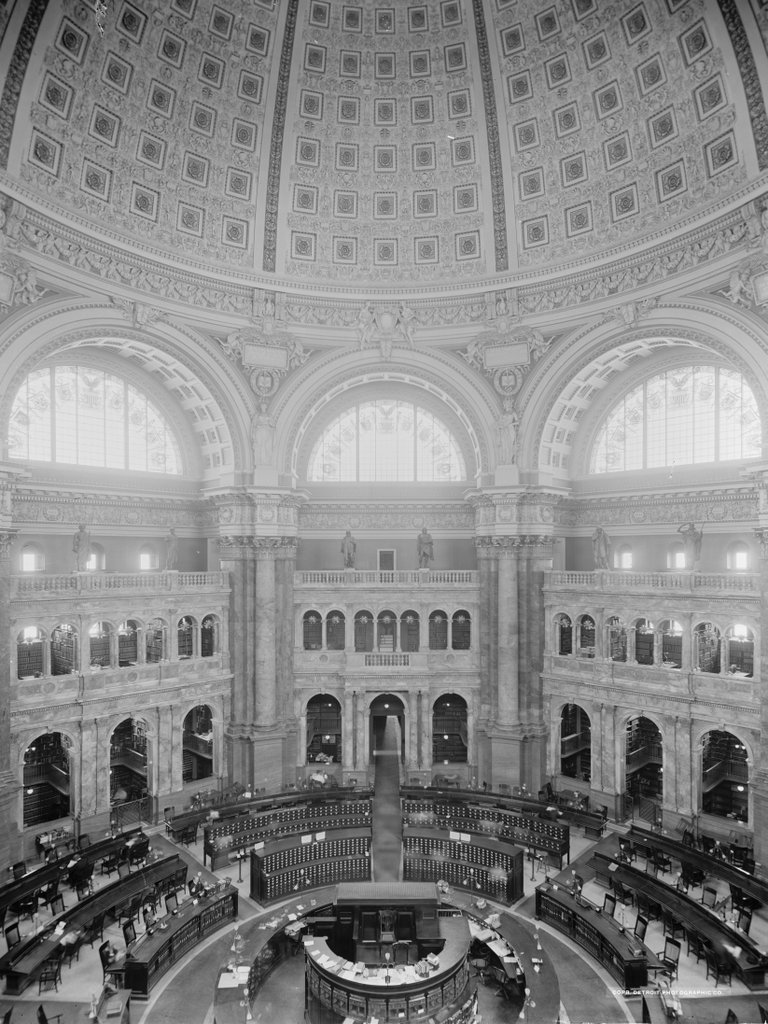 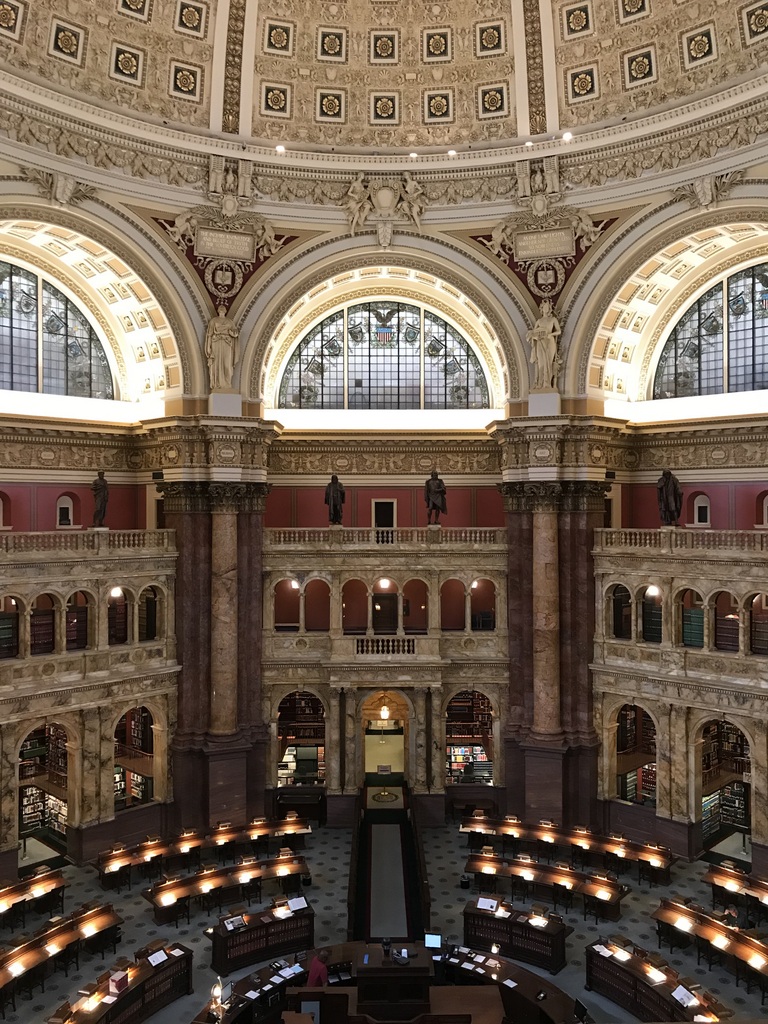 As discussed in an earlier post on the Great Hall of the Thomas Jefferson Building, the Library of Congress is one of the largest libraries in the world, with over 167 million items located in four different buildings in and around Washington, D.C. The original building, which is now named the Thomas Jefferson Building, is here on Capitol Hill, directly opposite the Capitol and adjacent to the Supreme Court Building. The building was completed in 1897, and today it stands as both an important research library and also a significant architectural landmark, with a highly ornate Beaux-Arts design on both the interior and exterior.

The centerpiece of the building is the Main Reading Room, shown here in these two photos. The room is octagonal, with desks arranged in concentric circles and the circulation desk in the center of the room. It is 125 feet in height from the floor to the top of the dome, and the room is surrounded by eight large columns that support the arches beneath the dome.

Above each of these columns is a 10 1/2-foot-tall plaster statue, with each representing a different branch of knowledge. These eight allegorical female figures are Art, Commerce, History, Law, Philosophy, Poetry, Religion, and Science. Just below the tops of the columns is a balustrade that encircles the room, featuring sixteen bronze statues of men who were recognized for their accomplishments in one of these eight fields. They are arranged so that the statues on each side of every column correspond to the representative figure atop the column.

In this particular view, the two allegorical statues are Philosophy on the left, created by sculptor Bela Lyon Pratt; and Art on the right, by Francois M. L. Tonetti-Dozzi. The bronze statues on either side of Philosophy are Plato on the left and Bacon on the right, both by John J. Boyle. On the left side of Art is Michelangelo by Paul Wayland Bartlett, and on the right is Beethoven by Theodore Baur.

The first photo was taken around 1904, less than a decade after this building opened. Since then, the library has significantly expanded, with three additional buildings to house its growing collections, but the Thomas Jefferson Building has remained essentially the same. There have been hardly any changes here in the Main Reading Room in more than a century, and the room remains one of the most impressive interior spaces in Washington.

Today, the Main Reading Room is open only to those who have a Reader Identification Card, which are available for free to researchers over the age of 16. These researchers can only use the materials here in the reading room, though, as only high-ranking government officials are permitted to check out books. Other parts of the building, including the Great Hall, are open to the public, and visitors can also view the Main Reading Room from the gallery where these two photos were taken.