St. Anthony’s Church on Church Street in White River Junction, around 1900. Image from The Gateway of Vermont: Hartford and its Villages (1903). 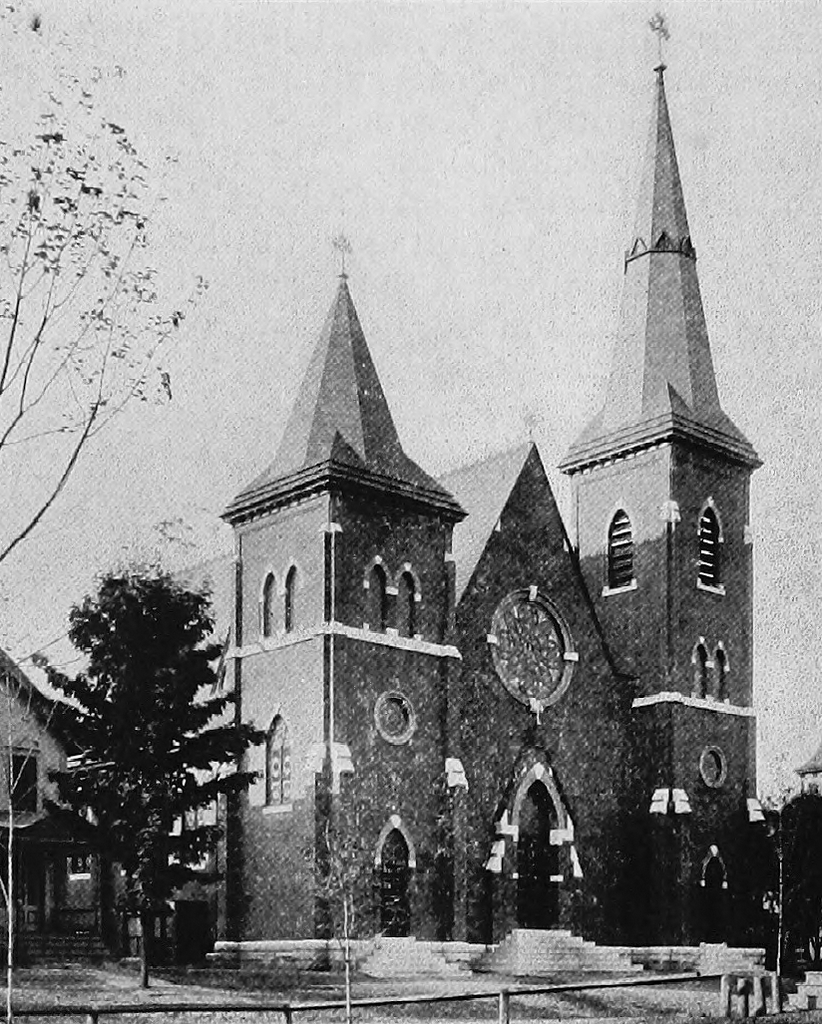 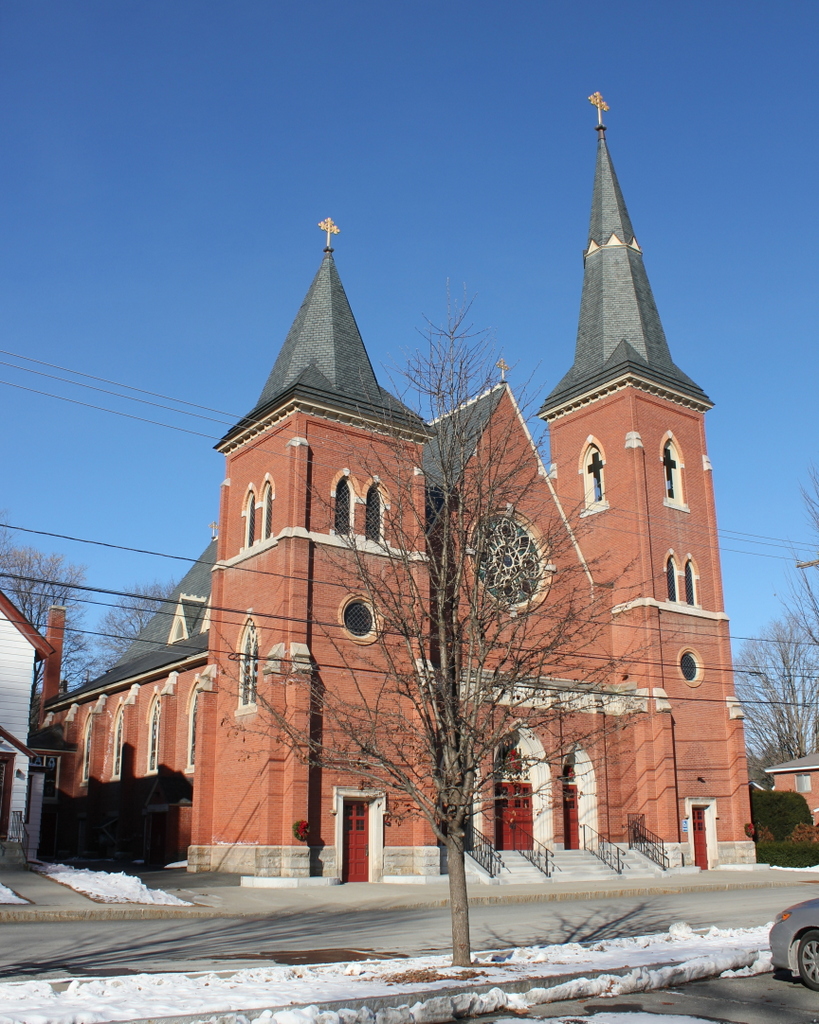 During its early history, Catholicism was not particularly common in Vermont, where the majority of its settlers had English ancestry. However, the arrival of railroads in the mid-19th century led to an influx of Irish railroad workers to places such as White River Junction, which had become an important rail hub. As a result, a Catholic parish was established here in 1869 as St. Anthony’s Church, and in 1898 the parish constructed this High Victorian Gothic-style church on Church Street, near the corner of Gates Street.

The church was built of brick and trimmed with granite, and it was constructed at a cost of $30,000. It  was dedicated on October 30, 1898 by Bishop John Stephen Michaud of Burlington, in a ceremony that was attended by about a thousand people. The pastor of the church, William N. Lonergan, also participated in the services, and the sermon was delivered by the Reverend D. J. O’Sullivan of St. Albans.

The first photo here was taken within a few years after the church was completed. More than a century later, the church is still standing, although it has seen a few exterior changes during this time. From this angle, the most notable change is the ground floor of the front facade. The central doorway is now flanked on either side by two smaller doors, and the steps in front of it have been enlarged. The doorways at the base of each tower have also been reconstructed, and the doors are now at ground level, without the steps or the pointed arches above the doors. Otherwise, though, the exterior remains well-preserved, and the church is still in use as an active Roman Catholic parish.