The railroad station at White River Junction, around 1900. Image from The Gateway of Vermont: Hartford and its Villages (1903). 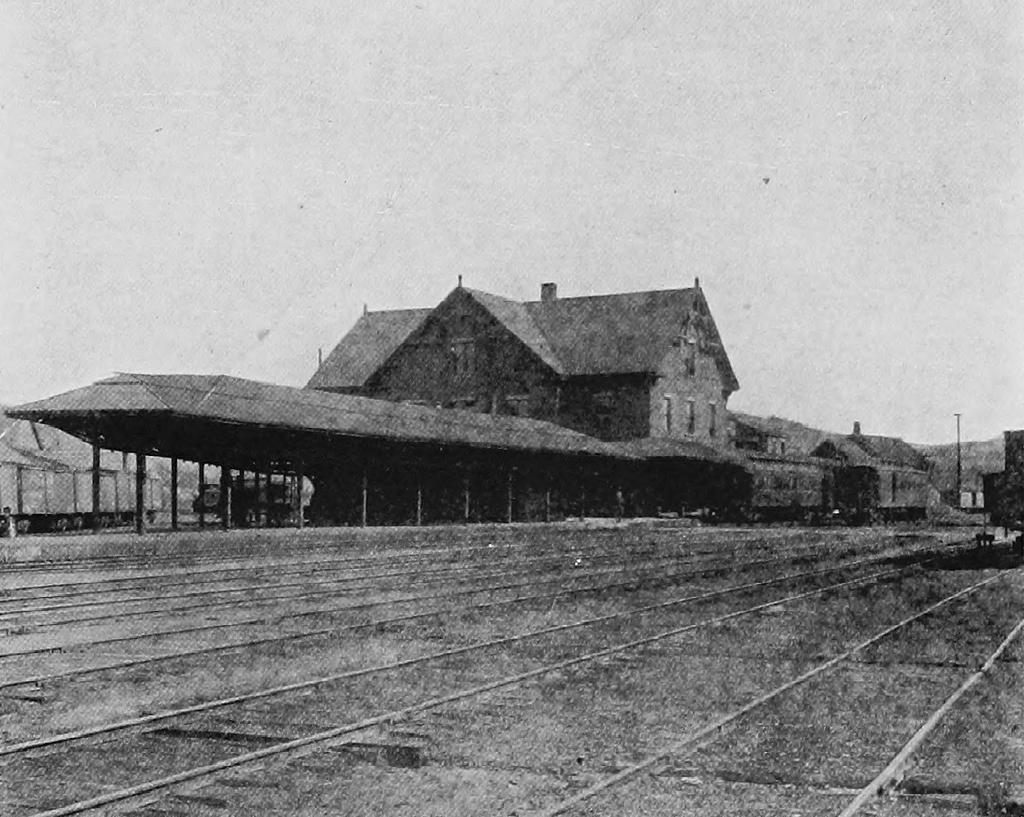 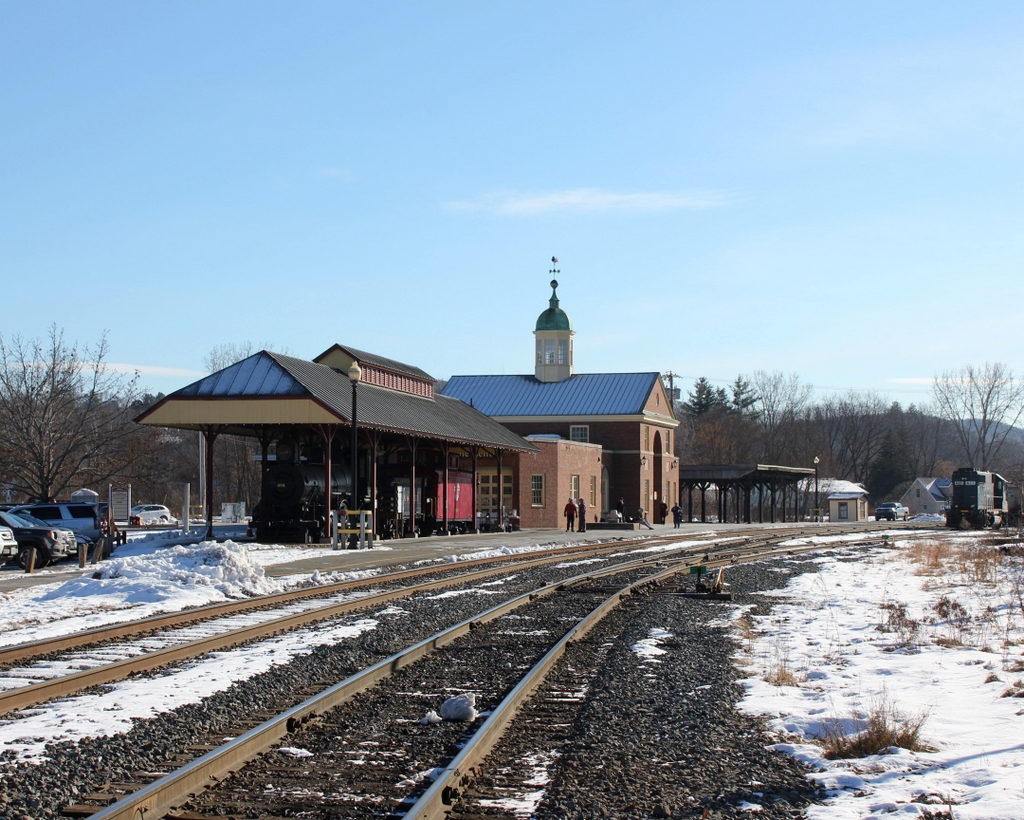 As discussed in an earlier post, the village of White River Junction is situated at the confluence of the White River and Connecticut River, on the border of Vermont and New Hampshire. Once sparsely-settled farmland within the town of Hartford, this area became an important railroad crossroads in the late 1840s, as new rail lines began spreading across northern New England.

The arrival of the railroads led to a small but thriving village, which was centered around the depot here, where the rail lines met. The first passenger station opened here on this spot in 1849. It was a union station, meaning that it was used by all of the railroads. This original depot burned in 1861, in a large fire that began in a nearby factory. The flames quickly spread, destroying a number of industrial buildings and warehouses, along with both the passenger and freight depots. It was one of many fires that hit White River Junction during the late 19th and early 20th centuries, and it was the first of three stations here that would be destroyed by fires.

The replacement station was completed here in 1862, but it burned within a couple decades, and around 1880 it was replaced by a third station, which is shown here in the first photo. It was from this station that, in the early morning hours of February 5, 1887, a northbound Central Vermont passenger train departed, heading for Montreal. However, just ten minutes later, at a bridge less than five miles northwest of here, the last four cars of the train derailed and fell onto the frozen White River. The cars caught fire with many passengers and crew trapped inside, and an estimated 37 people were killed, making it the deadliest rail accident in Vermont history.

The first photo was taken around the turn of the 20th century, showing the view of the station from the northwest. By this point, the various rail lines here at White River Junction had been consolidated into the Boston & Maine Railroad and the Central Vermont Railway. The Boston & Maine owned two-thirds of the station, with the Central Vermont owning the remaining third. These two companies controlled a significant portion of the rail traffic in northern New England, and White River Junction remained an important hub within their networks. In addition, the station housed a restaurant and the local telegraph office, which served as a major relay point for communications between Boston and Montreal.

Like its two predecessors, this station was also destroyed by a fire, which started on the morning of November 28, 1911. It evidently began as a result of faulty wiring in the telegraph office, and it soon consumed the entire building. The station was a total loss, but valuables such as the mail, baggage, and the contents of the ticket office were safely removed, and firefighters prevented the flames from spreading to neighboring buildings.

A day after the fire, the Barre Daily Times expressed optimism that the fire would lead to a new, improved station here, noting:

Now is the time for the Central Vermont and Boston & Maine railroads to get together and build a union station at White River Junction that will be just right. With the old station in ruins, they will have to start over again, and the new project ought to be accomplished with the added features, such as subways to the business streets of the village.

Evidently not everyone shared this hope for the future, though, because a few days later the Times quoted the Springfield Republican of Massachusetts, which had written “Travelers will find waiting at White River Junction, Vt., drearier than ever now that the railroad station has been burned.” To this, the Times added “Nevertheless, they ought to be able to find amusement in delving in the mysteries of antiquity, meaning the ruins of the old station.”

As it turned out, the Republican‘s assessment of the situation proved particularly accurate. For more than 25 years after the fire, passengers had to use a converted freight house as a temporary station, as the two railroads squabbled over the construction of its replacement. The new station, shown here in the present-day photo, was finally completed in 1937. It featured a Colonial Revival exterior that was designed by Jens Fredrick Larson, a noted architect and World War I flying ace who designed much of the campus at nearby Dartmouth College.

Today, more than 80 years after the station opened, the two railroad companies that built it are now long gone, and White River Junction is no longer the major passenger rail hub that it once was. The station is still here, and it remains in active use, although its passenger service is limited to just two daily trains on Amtrak’s Vermonter route, a significant drop from a village that, at its peak, saw up to 50 passenger trains stop here every day.

However, there are remnants of the past here in the present-day scene, including Boston & Maine engine #494, which is visible under the pavilion in front of the station. It was built in 1892 by the Manchester Locomotive Works in New Hampshire, and it remained in use until 1938. A year later it was an exhibit the 1939 World’s Fair, and in 1957 it was donated to the town of Hartford, which eventually restored it and put it on display here. In the 2018 photo, it contrasts with the modern diesel locomotive on the far right, which is operated by the New England Central Railroad, the successor to the Central Vermont.