Statuary Hall in the U. S. Capitol, around 1900-1910. Image courtesy of the Library of Congress, Detroit Publishing Company Collection. 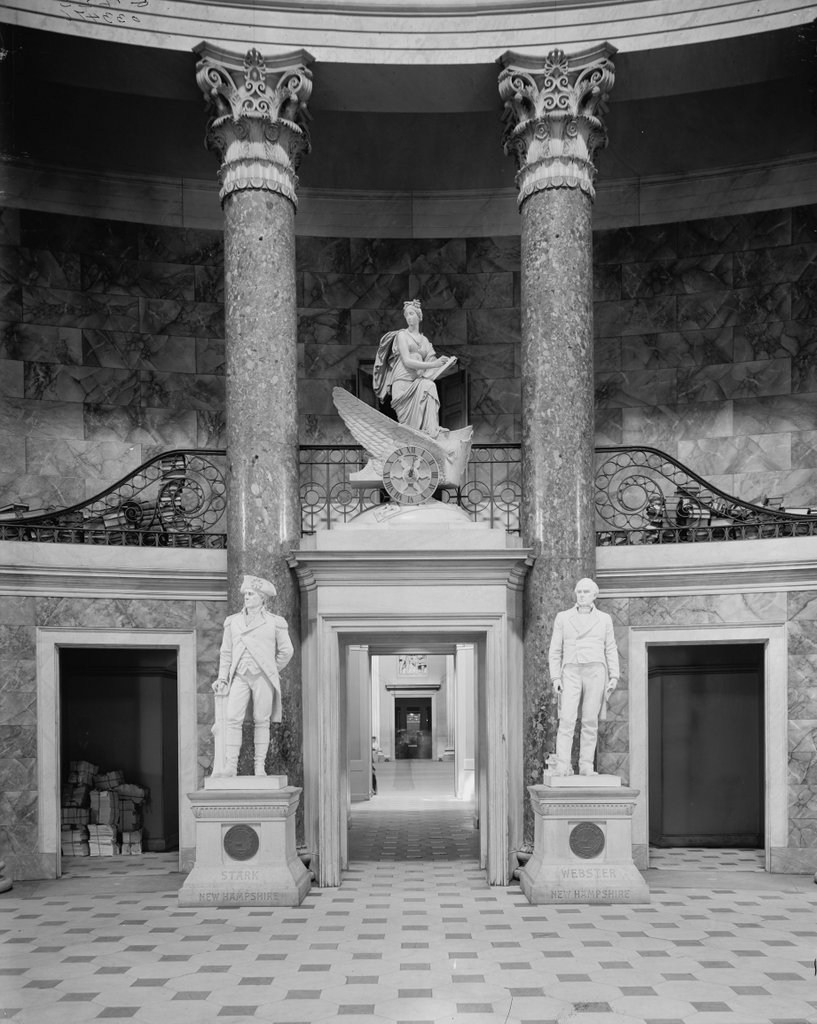 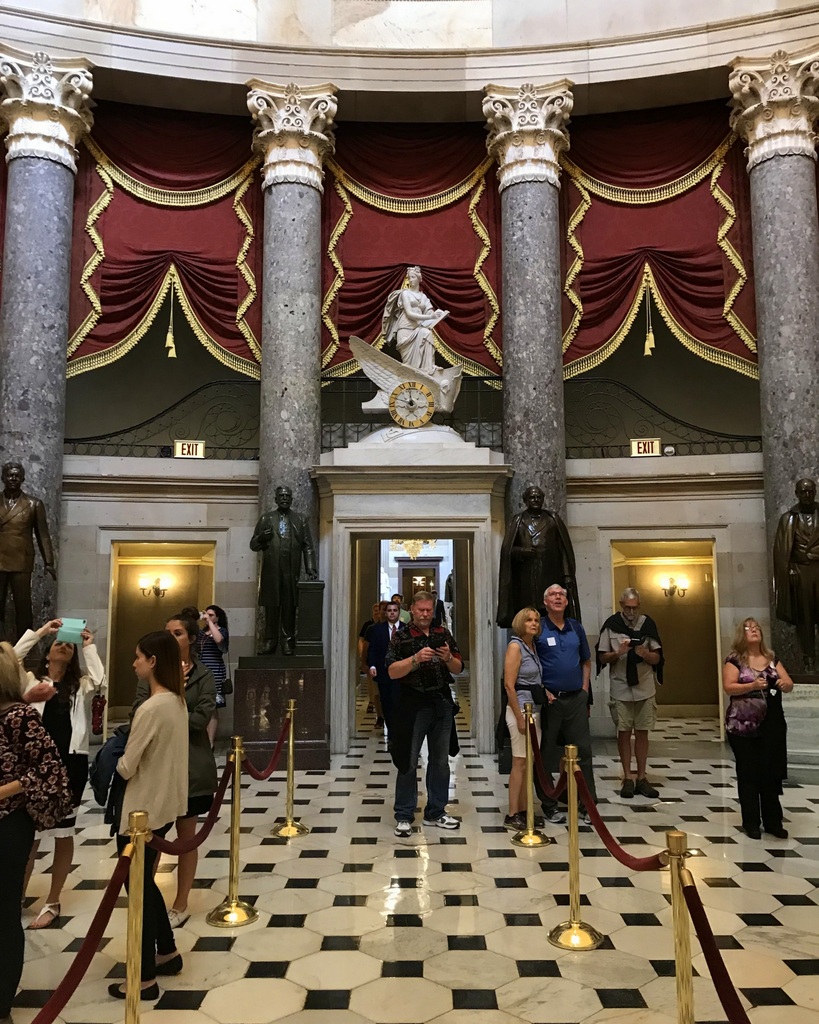 As discussed in more detail in an earlier post, this room was once occupied by the U. S. House of Representatives, which met here from 1819 until the opening of its current chamber in 1857. The House has two earlier chambers here on this same spot, starting in 1801 with a temporary brick structure. A more permanent chamber was completed here in 1807, although it was destroyed just seven years when the British burned Washington during the War of 1812.

This particular view faces the semicircular northern wall of the room, with the Rotunda and the Senate wing visible in the distance down the hallway. When completed, this wall was the rear of the House chamber, so this would have been the view looking up the central aisle from the Speaker’s rostrum. The chamber is surrounded by marble Corinthian columns, and the original design also included two statues. One of these, The Car of History, is visible in this scene above the doorway. It features the muse Clio recording history as she travels in a winged chariot that represents time, and it was created by sculptor Carlo Franzoni and installed in 1819.

The chamber remained in use by the House for nearly 40 years, and during this time it was the scene of many important debates and other events in the period leading up to the Civil War. However, by the mid-19th century the House was in need of a new chamber, in part because of the poor acoustics caused by the curved ceilings, and also because the steady admission of new states began to cause crowding here. Starting in the early 1850s, the Capitol underwent a major expansion, including the addition of a new dome and two large wings to accommodate new chambers for both the House and Senate. The House wing was completed in 1857, directly behind the spot where these photos were taken, and the House subsequently vacated this chamber.

In the years that followed, this space was the subject of several different proposals, including one that would have divided it into two floors of conference rooms. However, in 1864 it was designated as the National Statuary Hall, and each state was invited to send two statues to put on display here. The statues were slow in arriving, and it was not until 1971 that all 50 states were represented here. By the time the first photo was taken at the turn of the 20th century there were about two dozen statues in the collection. Two of them, representing New Hampshire, are visible here in the first photo, with John Stark on the left and Daniel Webster on the right. Both arrived here in 1894, and they were both the work of noted sculptor Carl Conrads.

Today, more than a century after the first photo was taken, this room is still used as Statuary Hall. In 1976 it was partially restored to its original appearance, including the addition of curtains behind the columns, but otherwise this scene still looks essentially the same as it did at the turn of the 20th century. The statues themselves have been rearranged over the years, though. Because of overcrowding and structural concerns about the weight of the many statues, many have since been relocated to other parts of the Capitol. Thirteen of them, one from each of the original states, are now in the crypt below the rotunda, including New Hampshire’s statue of John Stark. The state’s other statue, of Daniel Webster, is still here in the room, although it is not visible from this particular angle.