The living room inside The Cliffs in Philadelphia, in March 1932. Image courtesy of the Library of Congress, Historic American Buildings Survey Collection. 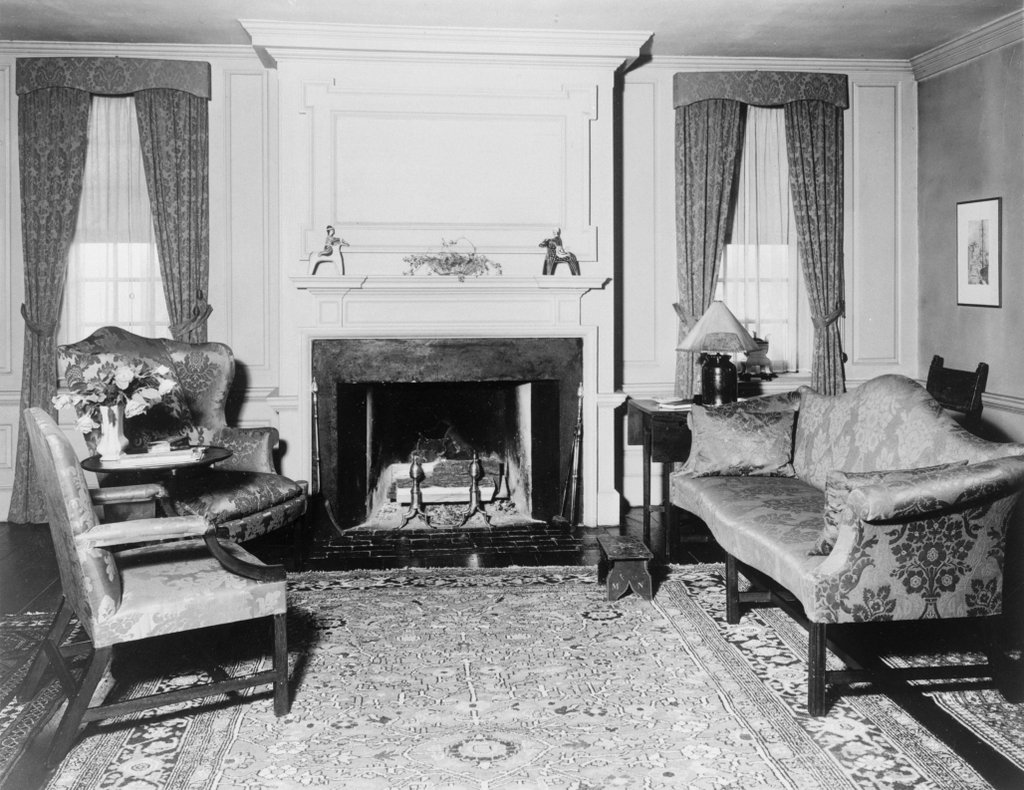 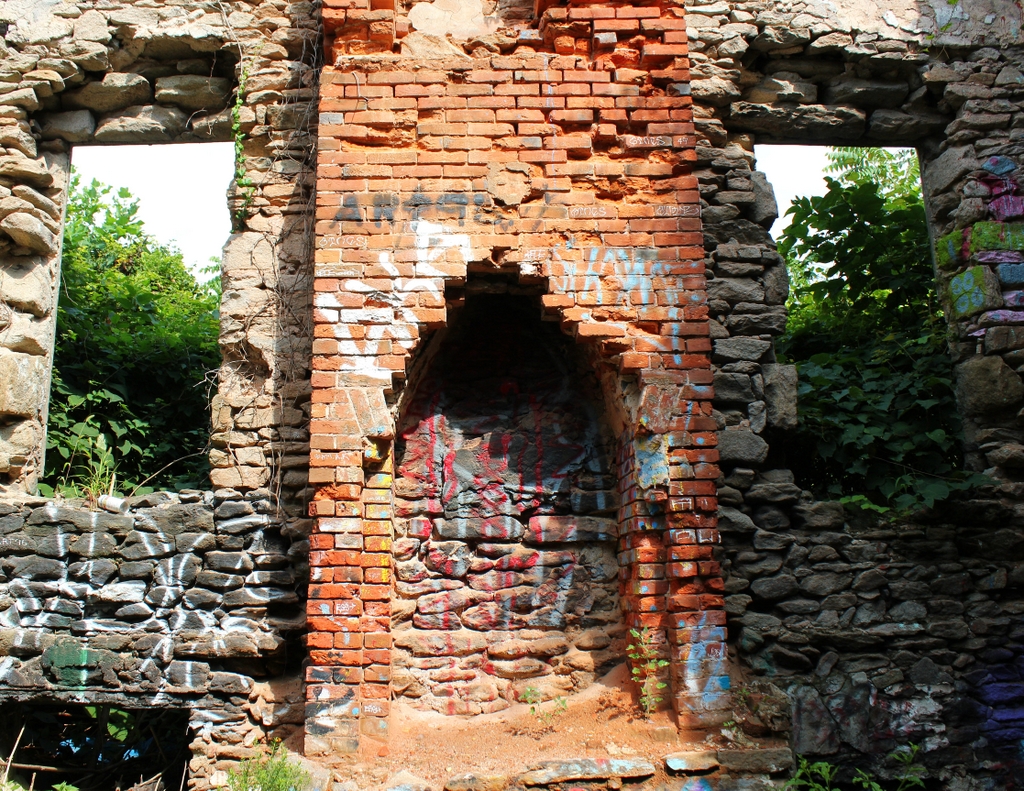 The previous post shows the exterior view of The Cliffs, before and after it was destroyed by a fire in 1986, and these two photos here show the interior of the now-gutted building. As explained in more detail in that post, The Cliffs was built in 1753 as the summer home of merchant Joshua Fisher. At the time, the present-day site of Fairmount Park was still sparsely settled, and several miles distant from the city center, making it an ideal place for Philadelphia’s wealthy families to escape to during the summer months. The Cliffs was one of many such homes built here during this time, although it was comparatively modest, with only two rooms on each floor and a simple design with minimal ornamentation on the interior and exterior.

The first floor of The Cliffs had a hall-and-parlor layout, which was typical for homes of this period. The hall, shown here in the first photo, was the largest room in the house, and it was where guests would be greeted, as both the front and back doors opened into it. It occupied slightly more than half of the space on the first floor, and it was located on the north side of the house. The adjoining room, the parlor, occupied the south side of the first floor. Like the hall, it had a fireplace, and it also had stairs connecting it to the kitchen in the basement and to the bedrooms on the second floor. By the time the first photo was taken in the 1930s, the hall and parlor had taken on more modern roles, as the living room and dining room, respectively.

The Cliffs was owned by the Fisher family for more than a century, although during part of the American Revolution it was rented to Benjamin Franklin’s daughter, Sarah “Sally” Franklin Bache. She was part of a women’s sewing group that would occasionally meet in the house—perhaps even here in this room—to sew clothes and bandages for Continental soldiers. Her time here may have coincided with the two years that Joshua Fisher’s son Samuel was imprisoned by colonial authorities because of suspected Loyalist beliefs.

Joshua Fisher died in 1783, the same year that the war ended, and after the war Samuel carried on the family business. He and his family continued to spend summers here at The Cliffs, including his daughter Deborah Fisher Wharton, who achieved prominence as a Quaker minister. She was active in the abolitionist movement, in addition to advocating for Native American rights and women’s suffrage. One of her children was Joseph Wharton, a wealthy 19th century industrialist and philanthropist who spent some of his childhood here at The Cliffs. He was one of the founders of Bethlehem Steel, and in 1881 he donated $100,000 to establish a school of business at the University of Pennsylvania, which became known as the Wharton School in his honor.

Starting in the mid-1800s, the city of Philadelphia began purchasing the old estates here along the Schuylkill River, in order to protect the drinking water supply from the encroaching development of the growing city. The city purchased The Cliffs in 1868, and it became part of Fairmount Park, which would eventually grow to encompass over two thousand acres on both sides of the river. The historic homes were generally preserved, and some, including The Cliffs, became housing for park employees.

The house was still occupied by park employees when the first photo was taken in 1932, and it remained in use until 1970. It was added to the National Register of Historic Places two years later, and photos from the nomination form show the house boarded up and tagged with graffiti. It would remain vacant for the next 14 years, before eventually being destroyed by an arsonist on February 22, 1986. The fire destroyed the entire house, leaving only the exterior masonry walls and chimneys still standing.

More than 30 years after the fire, the present-day photo is a haunting contrast to the first photo. The house was never rebuilt, and the ruins remain here, partially hidden by trees and weeds in a remote section of Fairmount Park. The interior and exterior walls are now covered in graffiti, with empty cans of spray paint littering the basement. Here on the north wall of what used to be the largest room in the house, the empty windows and damaged chimney give the north wall of the house an almost skull-like appearance, providing only a hint of what the house once looked like.