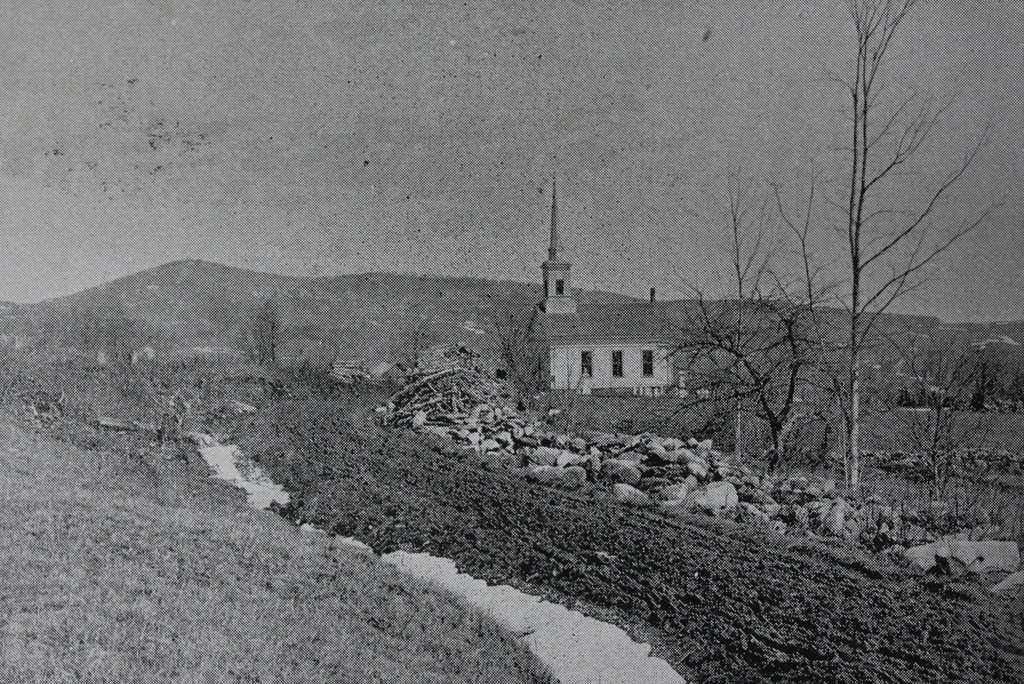 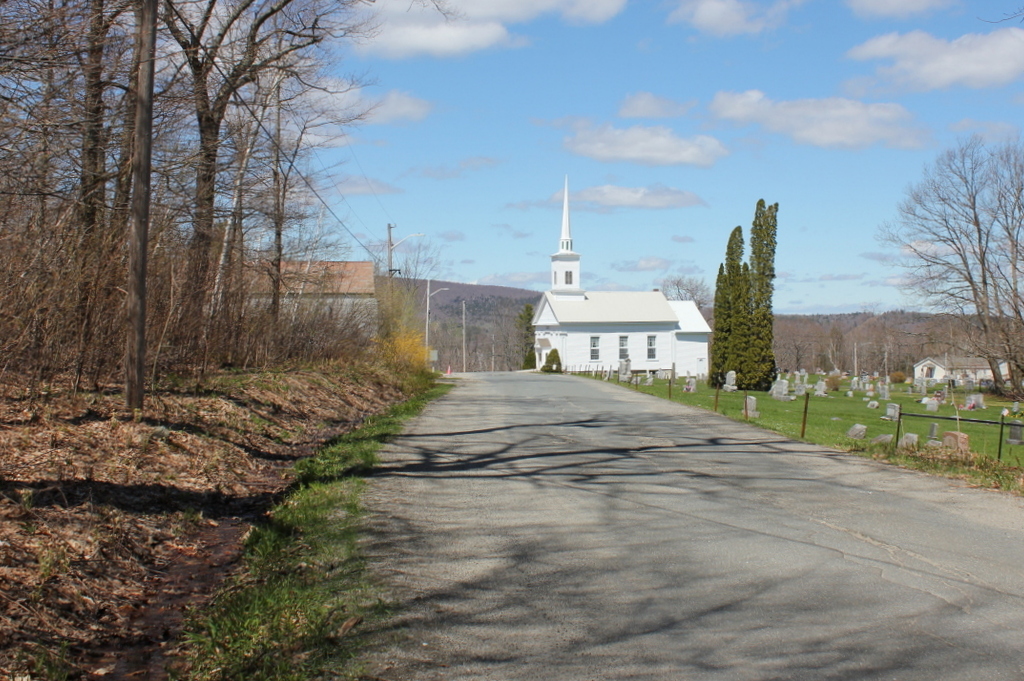 The origins of the name of Florida, Massachusetts are murky, but there seems to have been a certain level of irony to it, since the town has little in common with its southern namesake. Located high in the Hoosac Range of the northern Berkshires, just south of the Vermont state border, Florida has cool weather and high elevations. The town center, shown here, is nearly 1,900 feet above sea level, and the town’s lowest point, located along the Deerfield River, is nearly twice the elevation of the highest point in the state of Florida. Because of this remote, mountainous location, the area was not settled until around 1783, and it was not incorporated as a town until 1805, when it acquired the name of Florida.

In the vast majority of New England towns, incorporation was soon followed by the establishment of a Congregational church. However, here in Florida, the town’s first church was a Baptist church, which was established in 1810 with about 20 members. The first church building was constructed in 1824, and it was used until 1861, when the building here in this scene was completed. The old building was then sold and converted into a house, and it still stands just a little to the north of here, at the present-day corner of Church Road and the Mohawk Trail.

Architecturally, the new building featured a Greek Revival-style exterior, similar to the other small church buildings in the hill towns of western Massachusetts during this period. Writing many decades later in 1907, the North Adams Transcript described how, in the shadow of the impending Civil War, “the whole parish made many sacrifices and literally bared their backs to the burden, considering personal labor, and economy in wearing apparel, thus erecting a new house of worship at the cost of $1,800.” At the time, the church had 51 members, and it had two different pastors who served here in 1861. Rev. J. M. Mace was the pastor for at least part of the year, but he was succeeded by Rev. John Fairman, who served from 1861 to 1865.

Throughout the first half of the 19th century, Florida’s economy was largely agricultural, although the lumber industry was also prosperous here, with at least 14 sawmills in the town by the mid-1850s. However, during the 1860s the town saw a population boom as a result of construction on the Hoosac Tunnel. This 4.75-mile railroad tunnel was built between 1851 and 1873, and most of it, including the eastern portal and the central shaft, is located within the town of Florida. The tunnel runs about a half mile to the north of the church, and about a thousand feet underground. The eastern portal is just under a mile away from here, although the actual travel distance is about 3.5 miles by way of steep, winding mountain roads.

The influx of workers in Florida led to a brief but substantial rise in population, more than doubling in residents from 645 in 1860 to 1,322 in 1870. Much of this growth appears to have been concentrated in the area around the eastern portal along the Deerfield River, so it seems unclear as to what effect this influx had on church membership. Given that many of the workers were Irish, and thus presumably Catholic, it seems unlikely that many would have been interested in making the long uphill climb to attend services at a rural Baptist church.

In any case, the tunnel workers left as quickly as they had arrived, and by the 1880 census the town was down to 459 residents. However, while the town itself experienced a net loss of more than a quarter of its residents between 1860 and 1880, the church saw a substantial increase during this time, growing to 79 members by 1885. During this time, in 1883, the building underwent renovations and repairs, including wallpaper, paint for the pews, and repairs to the chimney. The total cost for the project was about $400. Just after it was completed, the newly-repaired chimney was struck by lightning, but the damage to the building was minimal, and the repair costs were estimated at under five dollars.

The first photo was taken around a decade after these renovations occurred. It shows the view looking north, with the church in the center and a small cemetery next to it. In the foreground, the road is a muddy, heavily rutted path that is lined by a stone wall on the right side and some sort of drainage ditch on the left. Further in the distance, Spruce Mountain provides a dramatic backdrop to the scene. Its peak, on the left side of the photo, rises more than 2,700 feet above sea level, making it one of the highest mountains in the state.

The church was renovated again in 1907. This work was apparently limited to the interior, and it was done by Daniels & Canfield of North Adams. The dedication ceremony was held on September 15, 1907, and the event included guest speaker James McCullough from Savoy, whose grandfather Nathaniel McCullough had been the pastor of the Florida church in the early 1830s. Rev. Willard E. Waterbury of Springfield delivered the sermon, which was based on Isaiah 52:1—”Awake, awake; put on thy strength, O Zion; put on thy beautiful garments.”

Today, more than 125 years after the first photo was taken, parts of this scene have undergone significant changes. Perhaps the most ominous sign of the passage of time is the much-enlarged cemetery next to the church. Other changes include the old Florida Town Hall, which was built in 1923 across the street. The road itself has gone from a muddy dirt path to a paved road, but the most significant transportation change to this scene is the Mohawk Trail, which opened in the early 20th century. The Mohawk Trail made it easy for cars to pass over the Hoosac Range, and over the years it has served as a popular route for scenic road trips.

Throughout this time, the Florida Baptist Church has remained a distinctive landmark for travelers as they approach the road’s high point at Whitcomb Summit. Its exterior appearance has changed somewhat over the years, including a 1980 renovation that involved alterations to the front entryway an addition to the rear, but overall it survives as a good example of a mid-19th century rural New England church.