The Barnard Mills from across the Quequechan River in Fall River, around 1910-1920. Image courtesy of the Library of Congress, Detroit Publishing Company Collection. 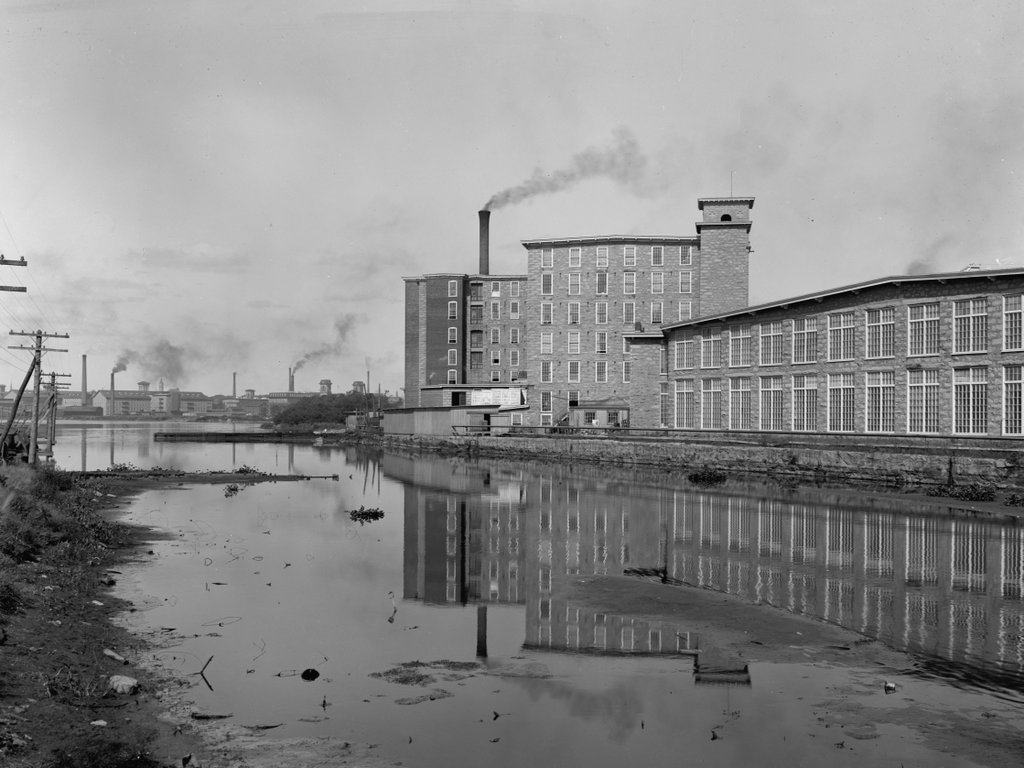 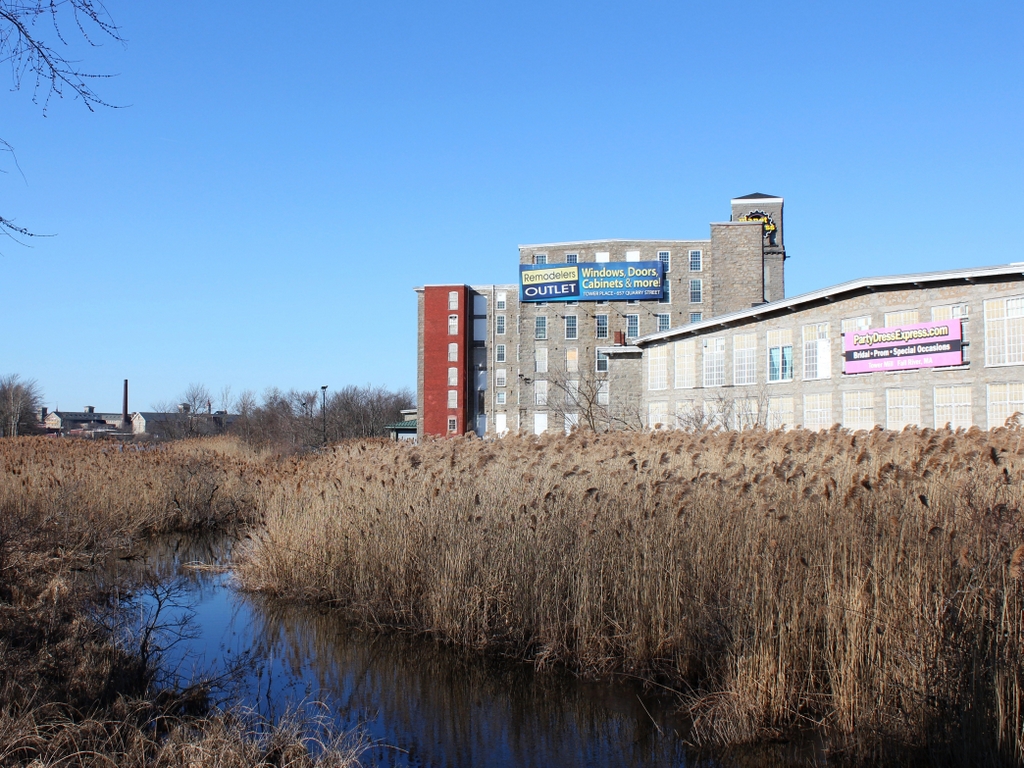 The city of Fall River owes both its name and its 19th century population boom to the Quequechan River, which flows westward through the center of the city and into Mount Hope Bay. Along the way, the river drops about 130 feet in elevation as it passes through the city, making it ideal as a source of water power. During the 19th century, this led to the establishment of many different textile mills along the river, to the point where the river’s capacity had essentially reached its limit by mid-century. However, by this point Fall River was well-established as an important textile center, and more mills continued to open here, many using coal as an energy source rather than water power.

Fall River’s largest textile boom came in the post-Civil War era, when over a dozen new companies opened in the city. Among these was the Barnard Manufacturing Company, which was incorporated in 1872. This was not a particularly auspicious time to start a large corporation, given the impending economic recession caused by the Panic of 1873, but it was during this time that the company built this mill complex on the north side of the Quequechan River, just west of Quarry Street. The main building, a large five-story mill with a tower on the side, was completed in 1875, and like many of the other Fall River mills, it was constructed of locally-quarried granite.

Upon completion, the Barnard Mills had 28,400 spindles, 768 looms, and it could produce around nine million yards of print cloth each year. The company was named for its president, Louis L. Barnard, who was also involved in the Sagamore Mills elsewhere in Fall River. The first treasurer of the Barnard Mills was Nathaniel B. Borden, who came from a prominent local family. His father, also named Nathaniel, had been a mayor and Congressman, and his uncle Simeon was a land surveyor known for his work on the early 1830s trigonometrical survey of Massachusetts. However, he does not appear to be closely related to the most famous Borden in Fall River, Lizzie Borden, who would have been a teenager when this mill opened.

The facility was subsequently expanded in 1896, with the construction of a two-story weave shed to the southeast of the original mill. This new building increased the capacity of the mill to 66,480 spindles and 4,769 looms, and by this point the company employed 500 people. The first photo was taken a couple decades later, showing the original 1875 building in the distant center, with the 1896 weave shed in front and to the right of it. In the foreground is the Quequechan River, and further downstream in the distance on the far left side are a few other textile mills. These buildings feature similar architecture to the Barnard Mills, and they are likewise built of local granite.

Fall River’s textile industry was still prospering when the first photo was taken, but it entered a steep decline in the 1920s. Many companies moved to the south during this decade, and the remaining ones were hurt by the Great Depression, which followed the 1929 stock market crash. The Barnard Mills ultimately survived longer than most, closing in 1939.

Today, Fall River is far removed from its heyday as a textile manufacturing center, but many of the historic mill buildings are still standing, and have been repurposed for other uses. Here at the Barnard Mills, the buildings have been converted into commercial and retail use. The complex is now known as the Tower Mill, and its tenants include a Planet Fitness gym, a building supply outlet, and a party dress shop, as shown by the large advertisements on the building. Aside from these signs, though, the buildings have retained much of their historic exterior appearance, and many of the other mills in the distance are also still standing. Perhaps the most significant change to this scene is the river itself, which is now a narrow stream that winds its way through the reeds in what had once been the millpond.