The Melvin Memorial at Sleepy Hollow Cemetery in Concord, around 1909-1912. Image courtesy of the Library of Congress, Detroit Publishing Company Collection. 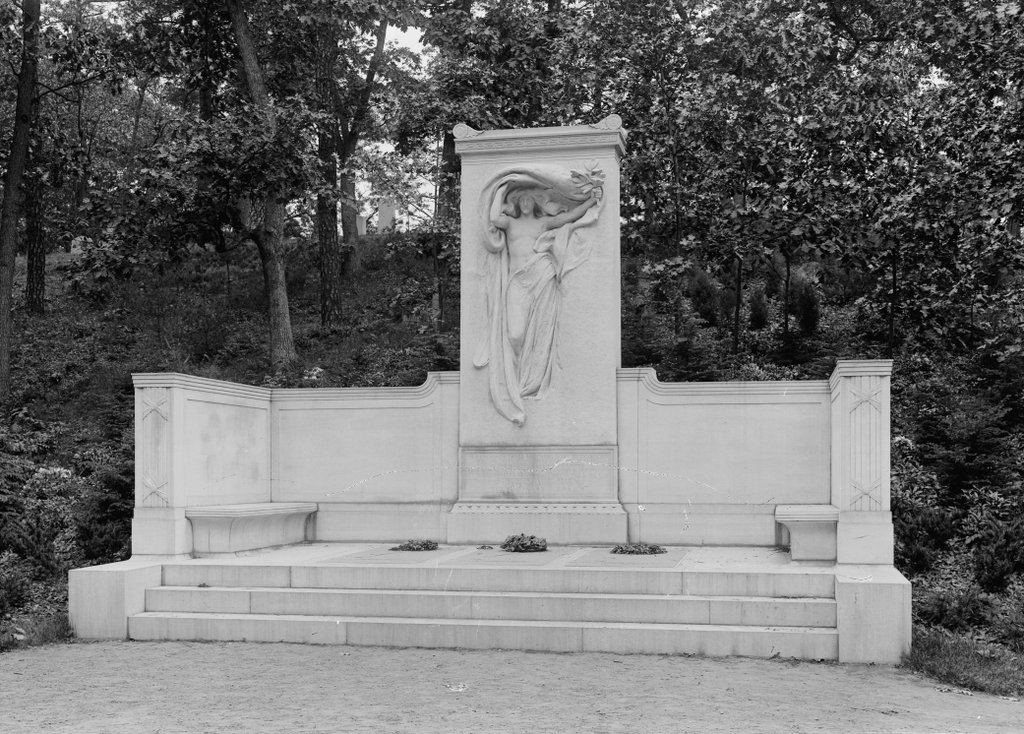 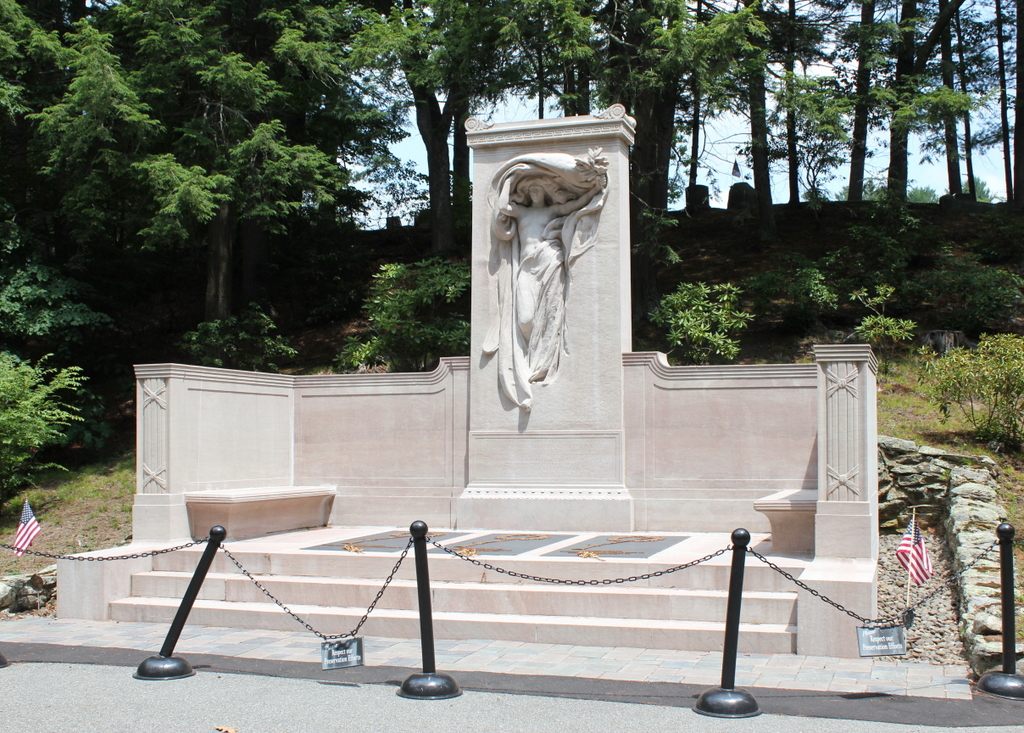 This monument in Sleepy Hollow Cemetery was dedicated in 1909 in honor of Asa, John, and Samuel Melvin, three brothers who died during the Civil War. All three were Concord natives, and they served in Company K of the First Massachusetts Heavy Artillery. Their deaths represented three of the leading causes of death in the war: disease, combat, and poor conditions prisoner of war camps. John died of dysentery in 1863, Asa was killed in battle during the siege of Petersburg in 1864, and Samuel died of disease and malnutrition in 1864 at the Andersonville prison in Georgia, following his capture after the Battle of Spotsylvania.

A fourth brother, James C. Melvin, was too young to join older siblings at the start of the war, but he enlisted later in the war once he was old enough. He was the only one to survive the war, and he went on to become a businessman in Boston, where he was involved in a cold storage company. One of his goals was to create a memorial in honor of his three older brothers, so in 1897 he commissioned prominent sculptor Daniel Chester French to design one.

Although a native of New Hampshire, French was no stranger to Concord. One of his first major works was The Minute Man, a bronze statue dedicated in 1875 at Old North Bridge, at the site of the Battle of Concord. That iconic symbol of the American Revolution has remained one of his most famous works, perhaps eclipsed only by one of his last works, the 30-foot marble statue of Abraham Lincoln inside the Lincoln Memorial in Washington, D.C.

For the Melvin Memorial, French drew little inspiration from existing Civil War monuments, which typically featured some variation of a uniformed soldier holding a rifle. Instead, he took inspiration from classical art, creating a relief sculpture that he titled Mourning Victory. The design features a seven-foot-tall figure of Victory emerging from the marble, draped in an American flag and carrying a laurel sprig. These symbols express patriotism and the triumphant victory of the Union during the war, but French also portrayed Victory with downcast eyes, mourning the human cost of that victory. Directly beneath the sculpture are tablets for each of the three brothers, with inscriptions identifying them and the circumstances of their deaths. The other inscription on the memorial, located below Victory, reads:

In memory of three brothers born in Concord who as private soldiers gave their lives in the war to save the country this memorial is placed here by their surviving brother, himself a private soldier in the same war.

The memorial was dedicated on June 16, 1909, in a ceremony that was well attended by surviving members of the First Massachusetts Heavy Artillery. The first photo was taken shortly after the dedication, and it shows the monument in its location in Sleepy Hollow Cemetery. However, while it is in a cemetery, none of the brothers are actually buried here beneath the memorial. Only John’s body was returned home during the war, and he is buried elsewhere in the cemetery in the family plot, alongside his brother James, who died in 1915. As for the other two brothers, Samuel is buried in the Andersonville National Cemetery, while Asa lies in a mass grave in Petersburg.

Today, more than a century after the dedication of the Melvin Memorial, it still looks essentially the same as it did in the first photo, thanks to a restoration project that was completed in 2019. It is regarded as one of Daniel Chester French’s finest works, and a replica of it—which was also commissioned by James Melvin—is housed in the Metropolitan Museum of Art in New York. Overall, perhaps the only thing that has changed here in Sleepy Hollow Cemetery since the first photo was taken is the number of gravestones, which has obviously increased over the years. Appropriately enough, one of these stones is for Daniel Chester French himself, who died in 1931 and is buried up on the ridge behind the memorial.