The Arcade Hotel on the north side of Chestnut Street, between Sixth and Seventh Streets in Philadelphia, in January 1858. Image courtesy of the Library Company of Philadelphia, Frederick De Bourg Richards Collection. 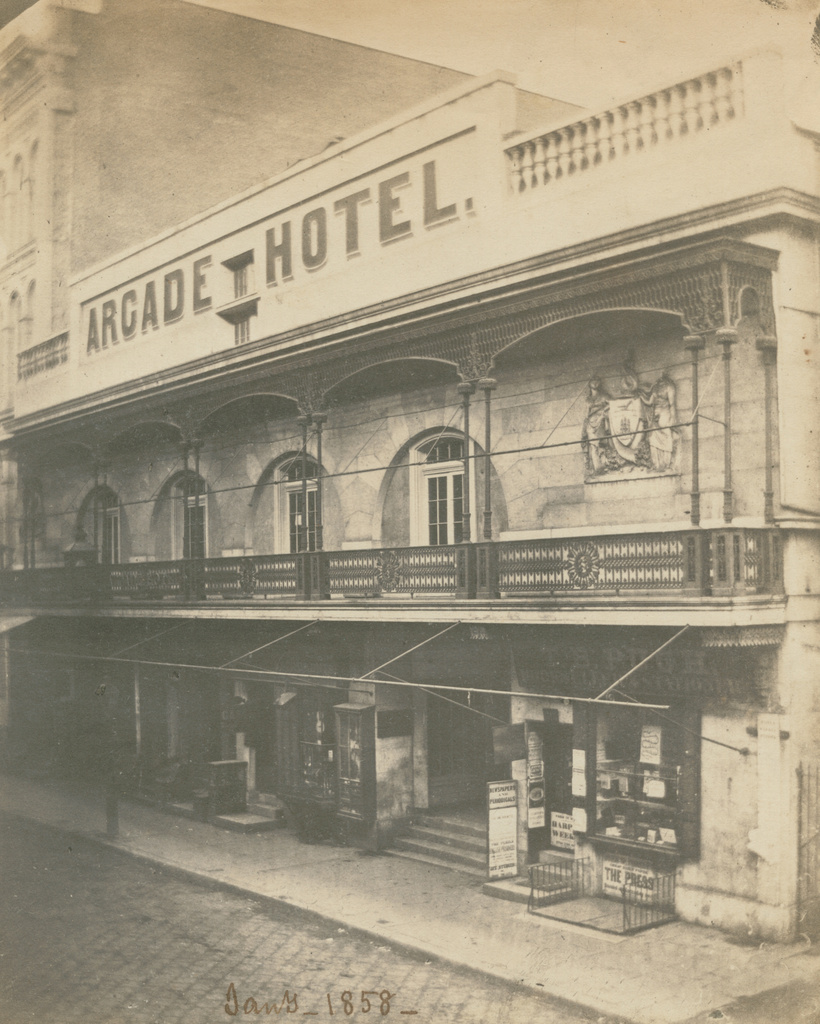 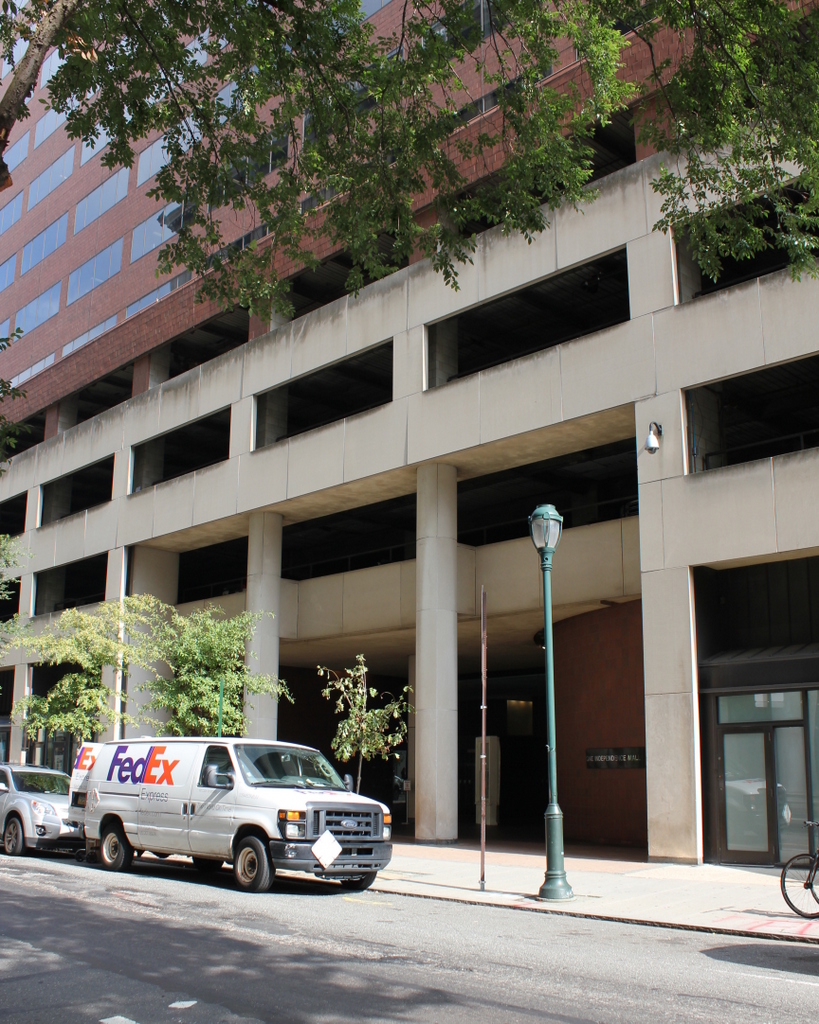 In 1819, the Burlington Arcade opened in London, becoming one of the earliest precursors to the modern shopping mall. It soon inspired similar buildings here in the United States, including ones in New York, Providence, and here in Philadelphia. The Philadelphia Arcade, shown here in the first photo, was designed by John Haviland, an architect who was responsible for many important buildings in early 19th century Philadelphia. Work on the building began in 1826, and it was completed a year later, at a cost of $112,000.

In the architectural sense, an arcade is a series of arches, and this building featured four large arches here on the Chestnut Street façade. The Arcade extended the width of the block to Carpenter Street (modern-day Ranstead Street), and on the interior it featured three floors The first two floors each had two parallel hallways, or “avenues,” that were topped by skylights, and these avenues were lined by shops and offices on either side. On the third floor was the Philadelphia Museum, which had been established by prominent artist Charles Willson Peale. In total, the Arcade could house 80 shops and professional offices, and it also had a restaurant in the basement.

The intent was that this section of Chestnut Street would become the commercial center of the city, with the Arcade as an upscale shopping center that would attract high-end tenants and affluent customers. From the beginning, however, the Arcade struggled to fill vacant spaces in the building, and an 1829 report lists just 33 tenants here. In general, the ground floor primarily housed retail shops, selling goods such as books, boots and shoes, clothing, confectioneries, dry goods, lamps, and tobacco. The second floor also featured several stores, but it was primarily office space, with tenants such as lawyers, editors, employment services, an engraver, and a bookkeeping teacher. Overall, these businesses here in this building offered customers a variety of goods and services, but these were hardly the exclusive boutique shops that the Arcade’s founders had envisioned.

The decline of the Arcade continued over the next few decades, especially after the Philadelphia Museum moved to a new location. The building was eventually purchased by Dr. David Jayne, who converted the upper floors into the Arcade Hotel. It opened in 1853, and it provided accommodations for men only, at a rate of 50 cents per night. Guests could also eat here at the hotel, for 25 cents per meal for breakfast or supper, or 50 cents for dinner. The Arcade Hotel had nearly 200 guest rooms, and it also featured a saloon, a reading room, and a smoking room, in addition to the dining room. The saloon was located here at the front of the building, with a balcony that was likely added during the hotel renovations.

The first photo was taken a few years later, showing the Chestnut Street façade of the building. It was still in use as a hotel at this point, with storefronts on the ground floor, but it would only stand here for a few more years. In 1863, it was demolished and replaced by three new commercial buildings. These buildings, in turn, have long since been demolished, and most of this block is now One Independence Mall, a high-rise office building that has a parking garage here on the lower floors.