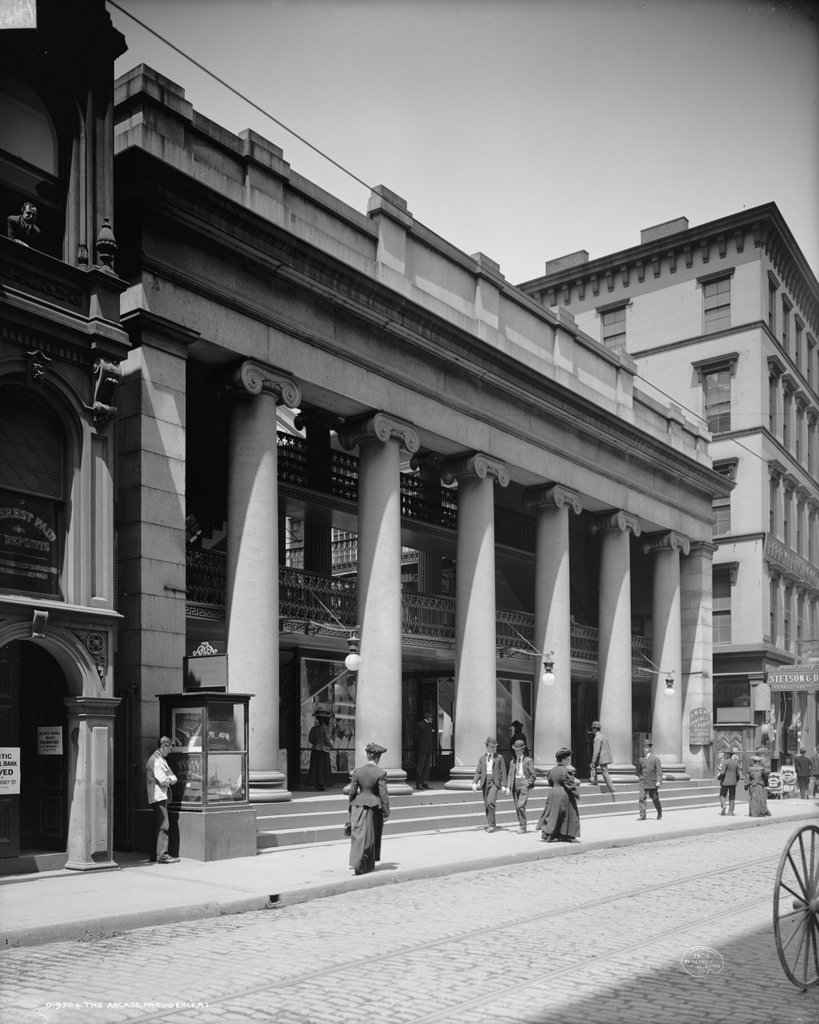 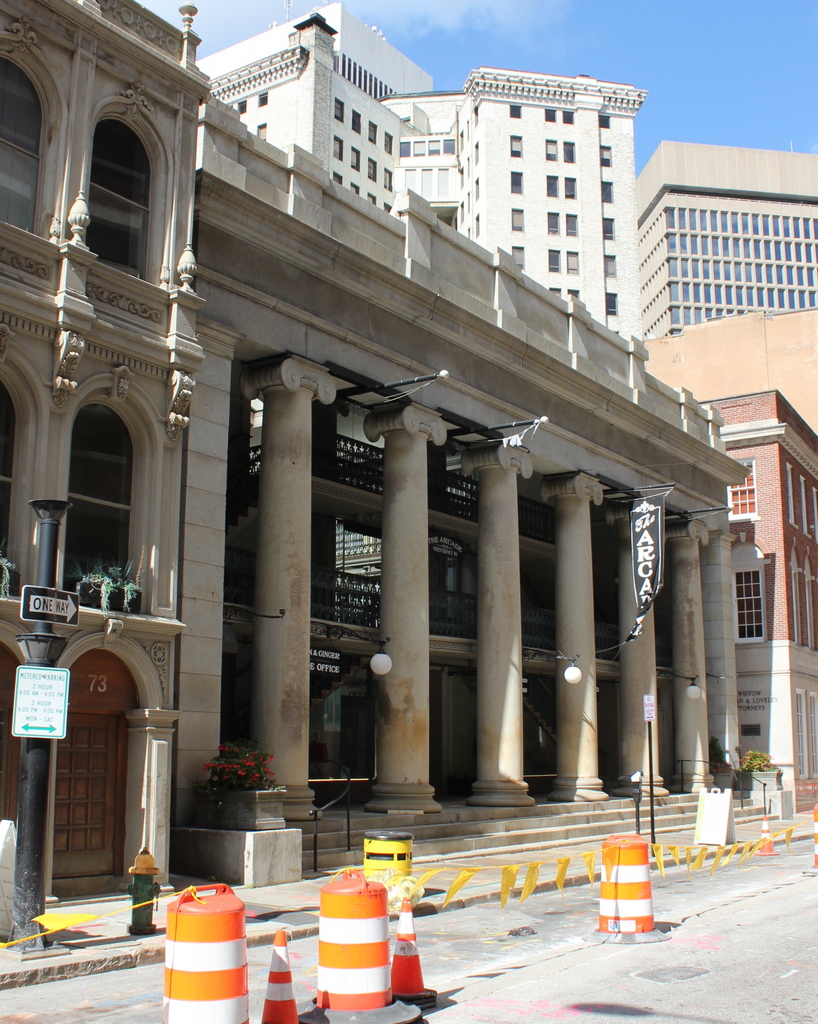 The exterior of this imposing granite Greek Revival building bears no resemblance to its modern descendants, but the Westminster Arcade was one of the nation’s first indoor shopping malls. Completed in 1828, it is just 74 feet wide but spans the entire length of the block between Weybosset and Westminster Streets. On the inside, three floors of shops run the length of the building on either side, with a large central area in between them, topped with skylights. In this sense, the interior is strikingly similar to the modern shopping mall, as seen in this 1958 view from the Historic American Buildings Survey: 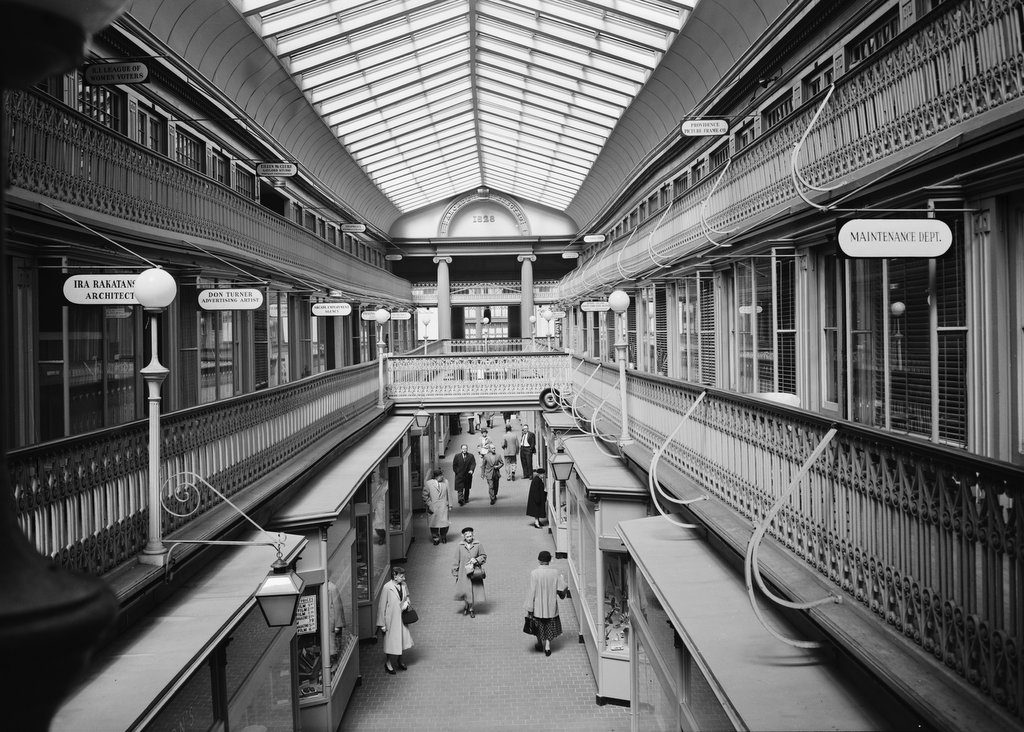