Looking north on Fifth Street near the corner of Minor Street in Philadelphia, in February 1859. Image courtesy of the Library Company of Philadelphia, Frederick De Bourg Richards Collection. 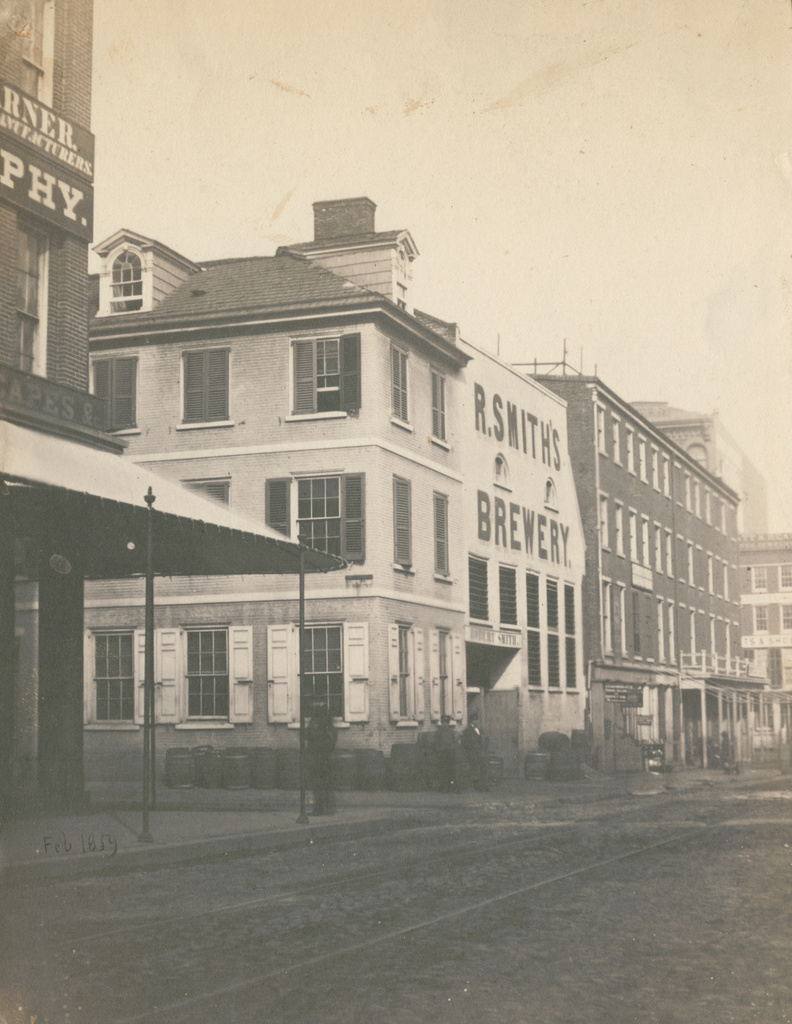 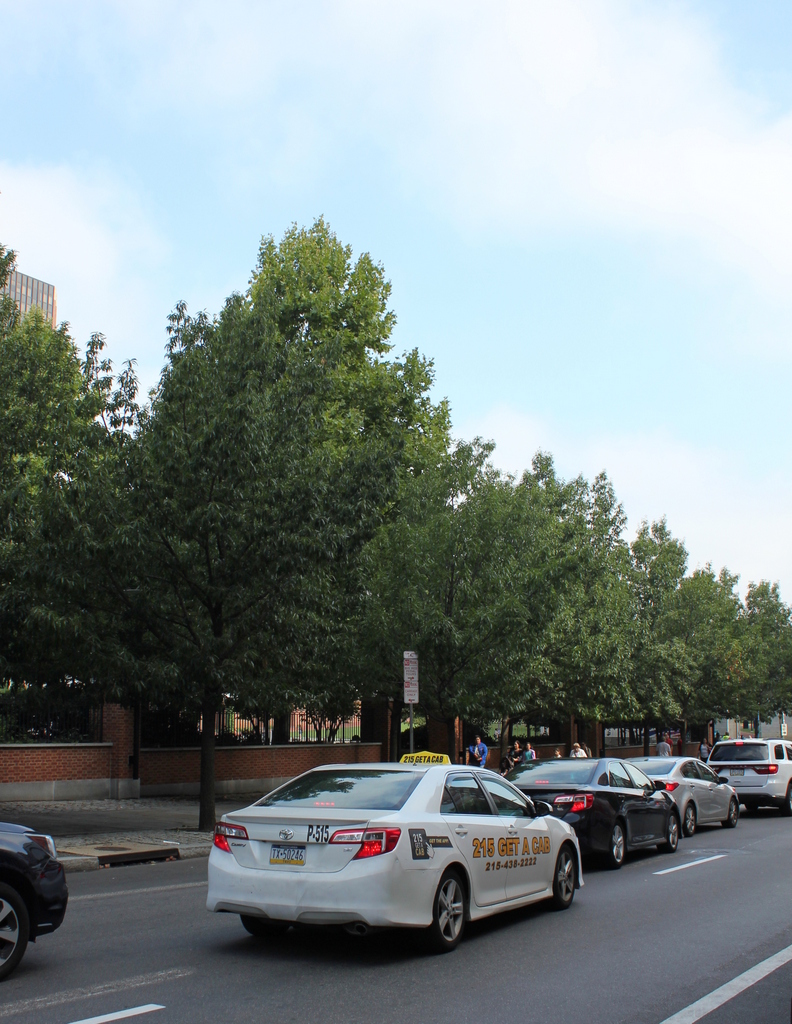 The first photo shows a row of commercial buildings along the west side of Fifth Street. Of these, the most significant is Robert Smith’s Brewery in the center of the scene. This brewery underwent many name changes over its long history, but it dated back to the colonial era, when Joseph Potts opened a brewery here around 1774. Potts operated it until 1786, when he sold it to Henry Pepper. By this point Philadelphia had become a leading producer of beer, and this brewery remained in the Pepper family for many years. Robert Smith, a native of England who had learned the trade as an apprentice at the Bass Brewery, joined the firm in 1837, and eventually took over the business in the following decade.

As was the case in most early American breweries, this facility produced ale. Americans began to acquire a taste for lagers by the second half of the 19th century, thanks to an influx of German immigrants with surnames like Busch, Coors, Miller, and Pabst. Here in Philadelphia, though, Robert Smith continued to have success brewing ales. He remained here for nearly 30 years after the first photo was taken, and eventually incorporated the business as the Robert Smith India Pale Ale Brewing Company in 1887. A year later, he moved to a new, larger facility at the corner of 38th Street and Girard Avenue. Smith ran the brewery at the new location until his death in 1893.

Smith’s brewery business was ultimately acquired by the Christian Schmidt Brewing Company, the largest brewery in the city. With the exception of the Prohibition era, Schmidt continued brewing Smith’s popular Tiger Head Ale until the company closed in 1987. In the meantime, the original brewery here on Fifth Street was likely demolished soon after Robert Smith moved to the new brewery, and it was definitely gone by the mid-1950s, when this entire block was demolished to make way for the Independence Mall. As a result, there are no surviving buildings from the first photo, and even Minor Street itself is gone. This site is now the southeastern section of the Independence Mall, and it is located only a few hundred feet to the north of Independence Hall.