The view of Boulder Rock along the Catskill Escarpment, around 1902. Image courtesy of the Library of Congress, Detroit Publishing Company Collection. 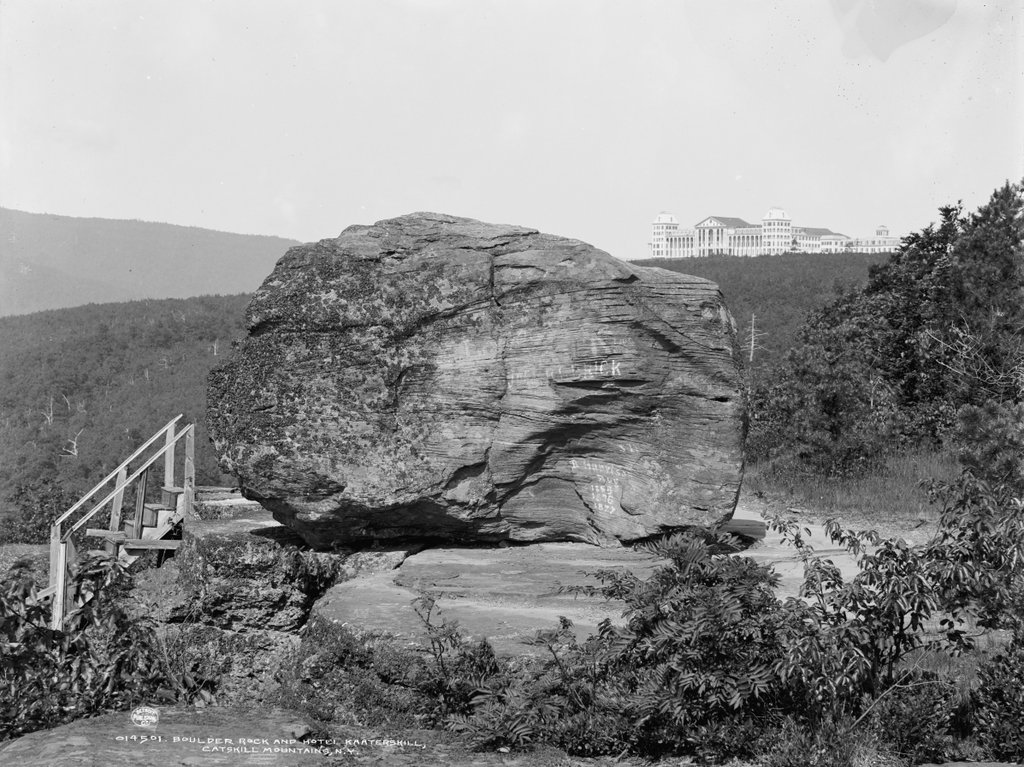 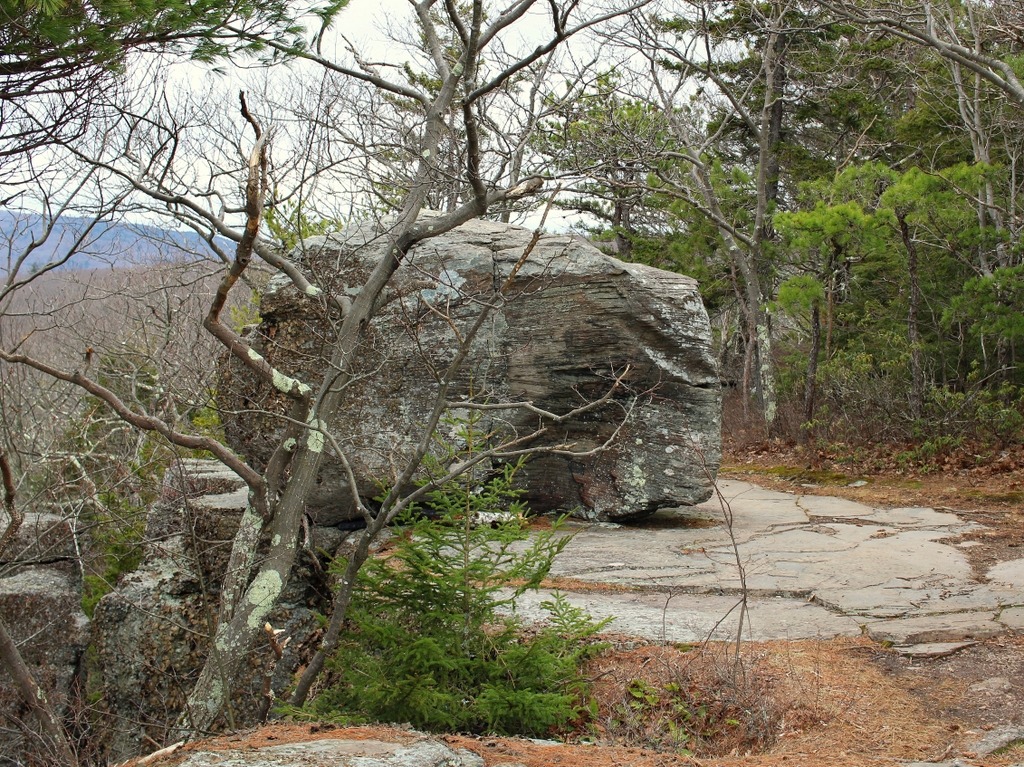 As explained in the previous post, Boulder Rock is a glacial erratic that was brought here during the last ice age and deposited at the top of the cliff about 14,000 years ago when the glacier receded. It has remained here ever since, and during the 19th century it became a point of interest for guests at the nearby Catskill Mountain House and Hotel Kaaterskill. Some of these visitors left their mark on the rock, which has a variety of graffiti in the first photo. The first photo also shows the Hotel Kaaterskill in the distance to the right of the rock, a little over a half mile away at the summit of South Mountain.

Today, the grand 19th century resort hotels of the Catskills are long gone, including the Hotel Kaaterskill, which was destroyed in a massive fire in 1924. Boulder Rock still sees plenty of visitors, as it is located along the Escarpment Trail, a major hiking trail along the eastern edge of the Catskills. Modern visitors have generally been more careful to follow “leave no trace” principles, and there are no longer any names or other graffiti painted on the rock. However, there is at least one old inscription still on the rock from the first photo. Toward the right side of the rock was a painted name that ended in “RICK,” and just to the right of that someone carved the initials “BK.” The painted name is long gone, but those carved initials are still there, although barely visible from this distance.