The view looking south from Sunset Rock toward North and South Lakes and Kaaterskill High Peak, around 1901-1906. Image courtesy of the Library of Congress, Detroit Publishing Company Collection. 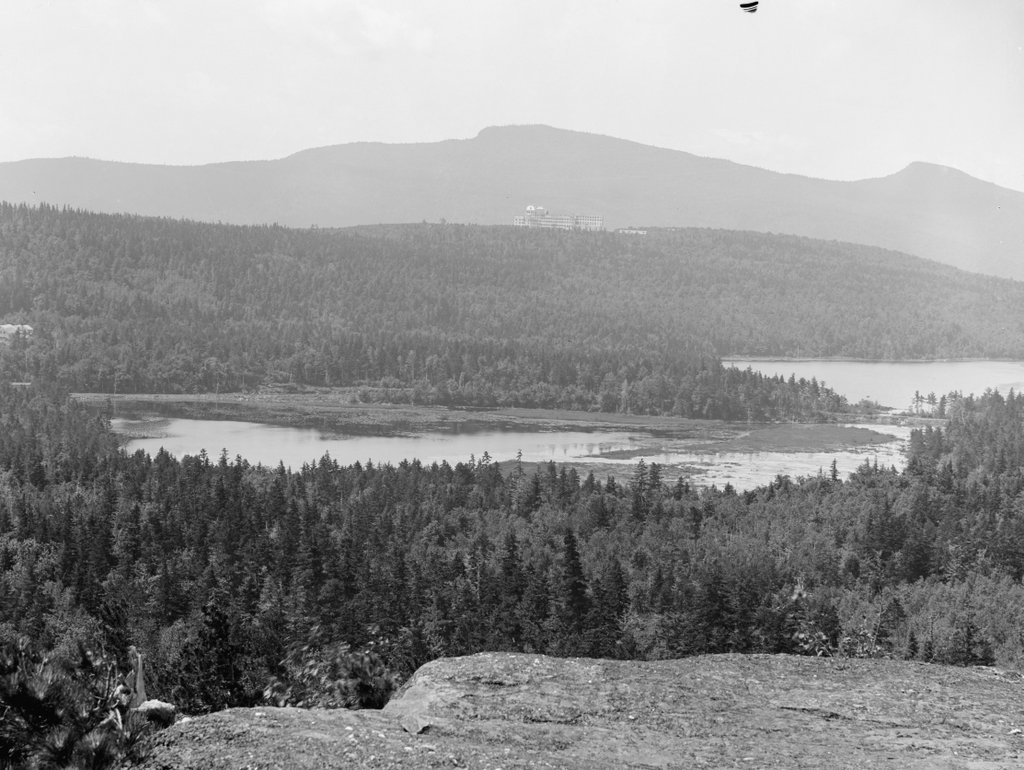 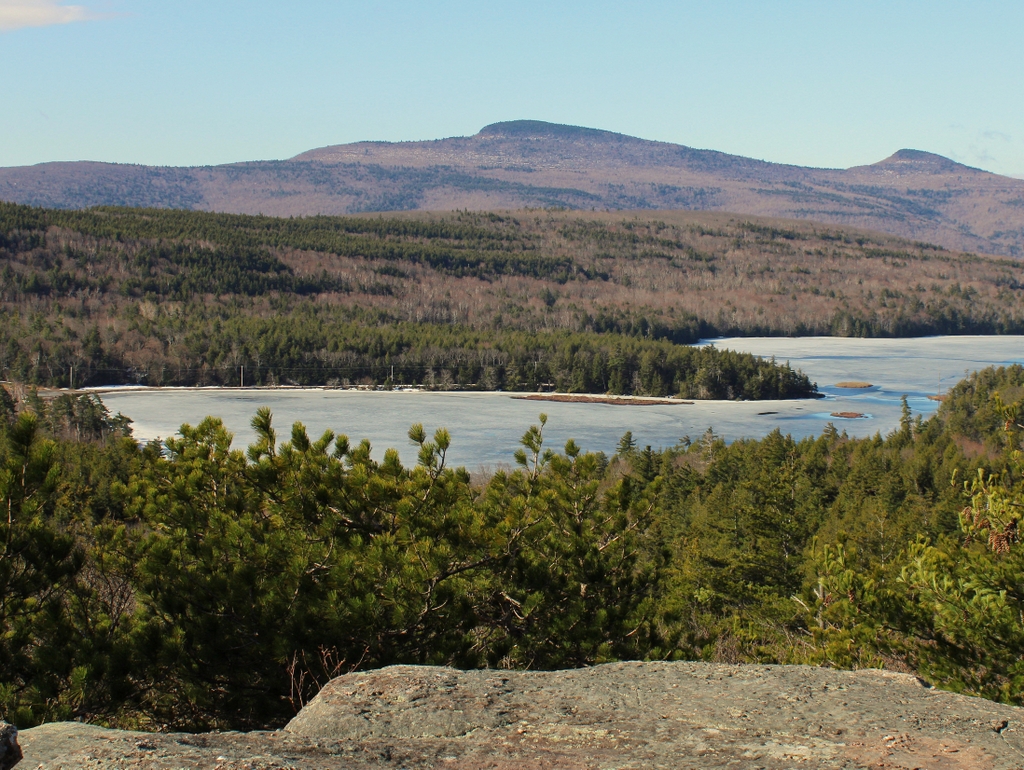 These photos show the same scene as the one in an earlier post, just with more detail of the lakes and Kaaterskill High Peak. The first photo here was also likely taken the same time as the previous post, which shows the scene just to the left of here. Unlike the previous post, which shows the Catskill Mountain House, the first photo here shows its rival establishment, the Hotel Kaaterskill, in the upper center of the scene. Built in 1881, it was situated atop the 2,500-foot South Mountain, on the ridgeline between the lakes and Kaaterskill Clove. With 1,200 guest rooms, it was said to have been the world’s largest mountaintop hotel, along with being the largest wood-frame hotel.

Both the Hotel Kaaterskill and the older Mountain House capitalized on the popularity of the Catskills as a summer destination during the 19th century. This particular area, atop the Catskill Escarpment at the far eastern edge of the range, was the most accessible part of the Catskills during this period, as it was located just a few miles from the Hudson River and barely a hundred miles north of New York City. Authors and artists such as James Fenimore Cooper, Washington Irving, and Thomas Cole helped to promote the region’s natural beauty, particularly the view from the escarpment, the lakes, Kaaterskill Clove, and the nearby Kaaterskill Falls.

From this area around the lakes, the most distinctive landscape feature is Kaaterskill High Peak, which rises above the lakes in the center of the scene. This mountain was featured prominently in many of Thomas Cole’s paintings of the Catskills, and it is easily recognizable for its pointed summit, with a steep southeastern slope and a more gradual western slope. As its name suggests, this mountain was once regarded as the highest in the Catskills. However, by the time the first photo was taken at the turn of the 20th century, surveys had revealed that it wasn’t even close. At 3,652 feet, High Peak is significantly lower than the 4,180-foot Slide Mountain, and today is is ranked as the 22nd highest of the 35 Catskill peaks that have at least 3,500 feet of elevation.

The 19th century was the heyday of grand mountain resorts, both here in the Catskills and elsewhere in the northeast. However, these establishments entered a decline in the 20th century, in part because of the role of the automobile in expanding travel opportunities for Americans. These hotels were also vulnerable to fire, as was the case with the Hotel Kaaterskill, which was destroyed by a massive blaze in 1924. It was never rebuilt, and today its ruins atop South Mountain are mostly forested.

The state of New York eventually acquired the land here in this scene, and developed a campground on the northern side of North Lake in the late 1920s. This campground was expanded over the years, and later in the 20th century the state removed the narrow strip of land between North and South Lakes, creating a single body of water known as North-South Lake. The campground is not visible in the present-day photo, but it is still here at the foot of this hill, between here and the lake. It is far less luxurious than either of the two grand resorts here, but it very popular among campers, and it is more in keeping with the state’s current goals of maintaining the Catskills region in its natural state.