The view looking east along the piazza of the Hotel Kaaterskill, around 1900-1905. Image courtesy of the Library of Congress, Detroit Publishing Company Collection. 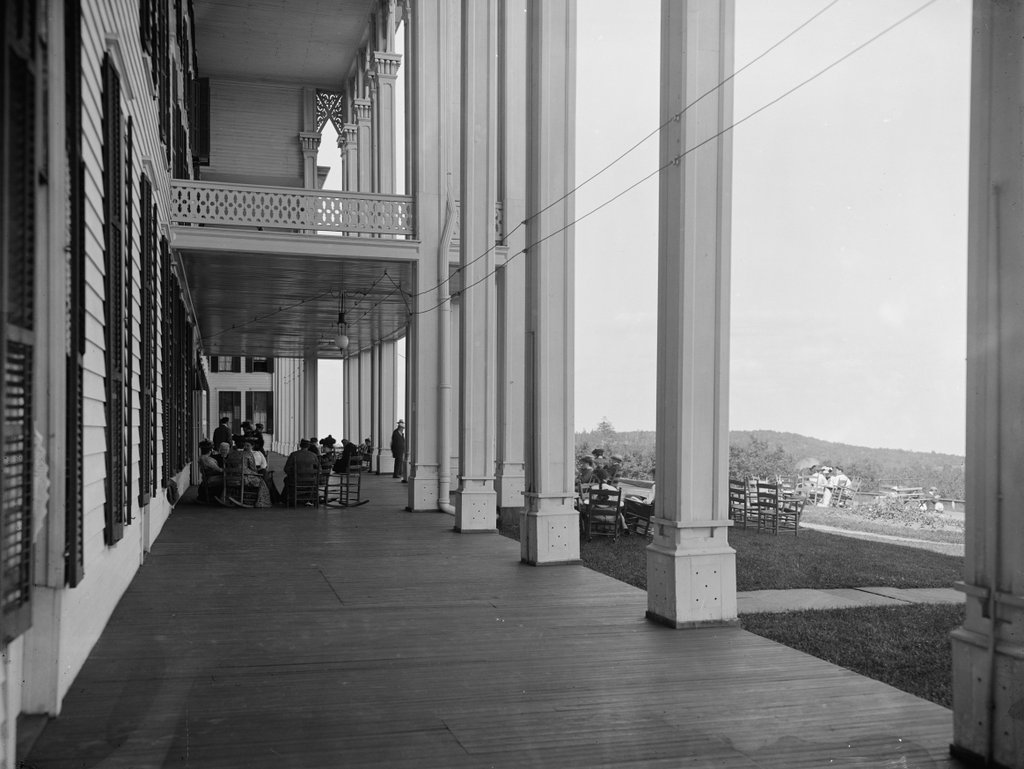 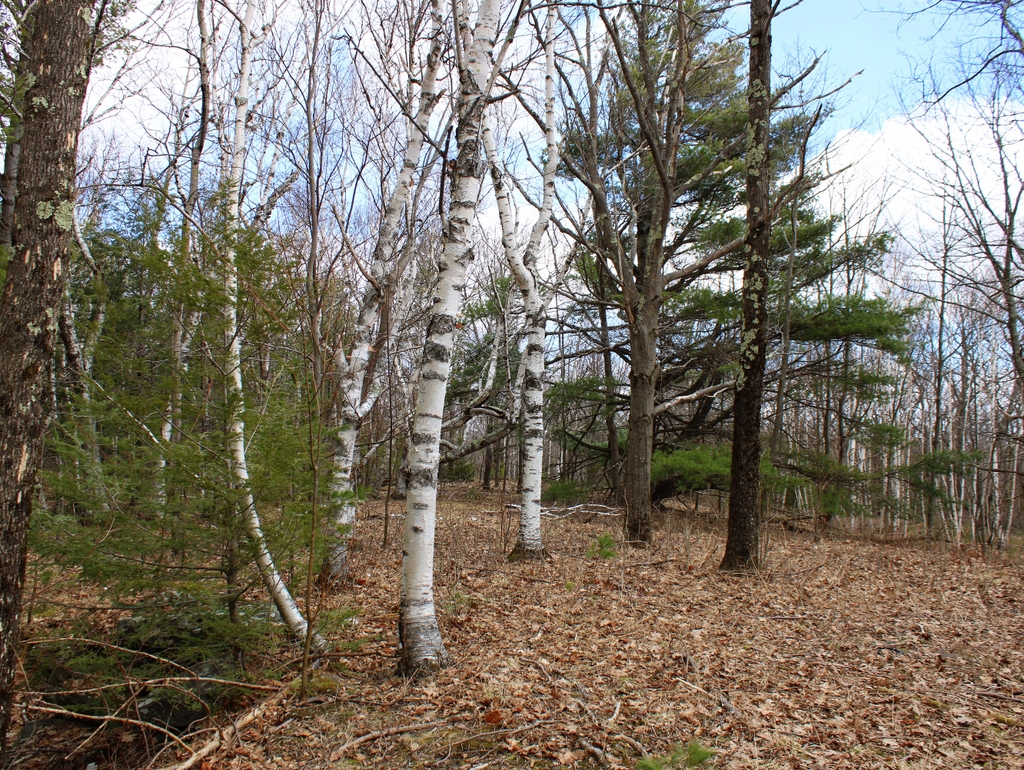 As explained in the previous post, the Hotel Kaaterskill was built in 1881 as a mountaintop resort here on South Mountain in the Catskills. This area had been a popular summer destination throughout most of the 19th century, but in 1881 George Harding, a wealthy Philadelphia patent attorney, built the Hotel Kaaterskill as a competitor to the far more established Catskill Mountain House nearby. It cost around $1 million to build, and with 1,200 rooms it was said to have been the largest mountaintop hotel in the world.

On the exterior, perhaps the hotel’s most distinctive feature was its large front piazza, as shown here in the first photo. The piazza ran the entire width of the front façade, and its columns rose three stories in height. From here, guests could sit in the rocking chairs and enjoy expansive views to the south and east. Among these was President Chester A. Arthur, who spent a week at the Hotel Kaaterskill in August 1884. As part of his daily routine, the president typically spent his evenings here on the piazza, sitting in one of the chairs and smoking cigars. One news article, published in the August 7, 1884 edition of the Philadelphia Inquirer, wrote about how Arthur had spent the previous evening here with one of his political allies, General George H. Sharpe:

The remaining portion of two fragrant Havanas were tossed carelessly away at half-past one this morning by President Arthur and General George H. Sharpe, who had until then occupied chairs on the hotel veranda talking love and taking intense interest in astronomical problems and the workings of heavenly things in general. Both then sought their apartments after bidding an affectionate “good night.”

George Harding continued to own the Hotel Kaaterskill until his death in 1902, around the time that the first photo was taken. It was still a popular resort at this point, as shown by the many people here on the piazza and on the front lawn, but the heyday of grand Gilded Age resorts was nearing its end. The million-dollar hotel came to be seen by many as a white elephant, and by the 1920s it was in poor condition and outdated, lacking modern conveniences like electricity and running water.

The Kaaterskill was ultimately sold in 1922 for just $100,000. The new owner, Harry Tannenbaum, soon set about modernizing the hotel, with the goal of catering to the growing number of Jewish tourists to the Catskills. His renovations were completed in time for the 1922 season, but this revival proved short-lived. On September 8, 1924, a week after the hotel closed for the season, a fire started in the kitchen, where a group of employees was making soap. It soon spread throughout the rest of the wood-frame building, which burned throughout the night and illuminated the sky for miles around. The hotel was a total loss, and it was never rebuilt.

Today, some 120 years after the first photo was taken, there is very little in this scene to indicate that a massive hotel once stood here. The most visible remnant here is the stone foundation, which reveals the footprint of the building. A portion of the foundation is visible in the lower left corner, near what had once been the southwestern corner of the hotel. Otherwise, all that is left of the hotel is scattered debris like rusted metal and fragments of broken glass and chinaware. Over the years, this site has been steadily reclaimed by the forest, and the land is now owned by the state as part of the Catskill Park. The nearby Catskill Mountain House is likewise long gone, and today the only overnight accommodations here in the vicinity of these two 19th century resort hotels are campsites at the North-South Lake Campground.