The lobby of the Hotel Kaaterskill, around 1900-1905. Image courtesy of the Library of Congress, Detroit Publishing Company Collection. 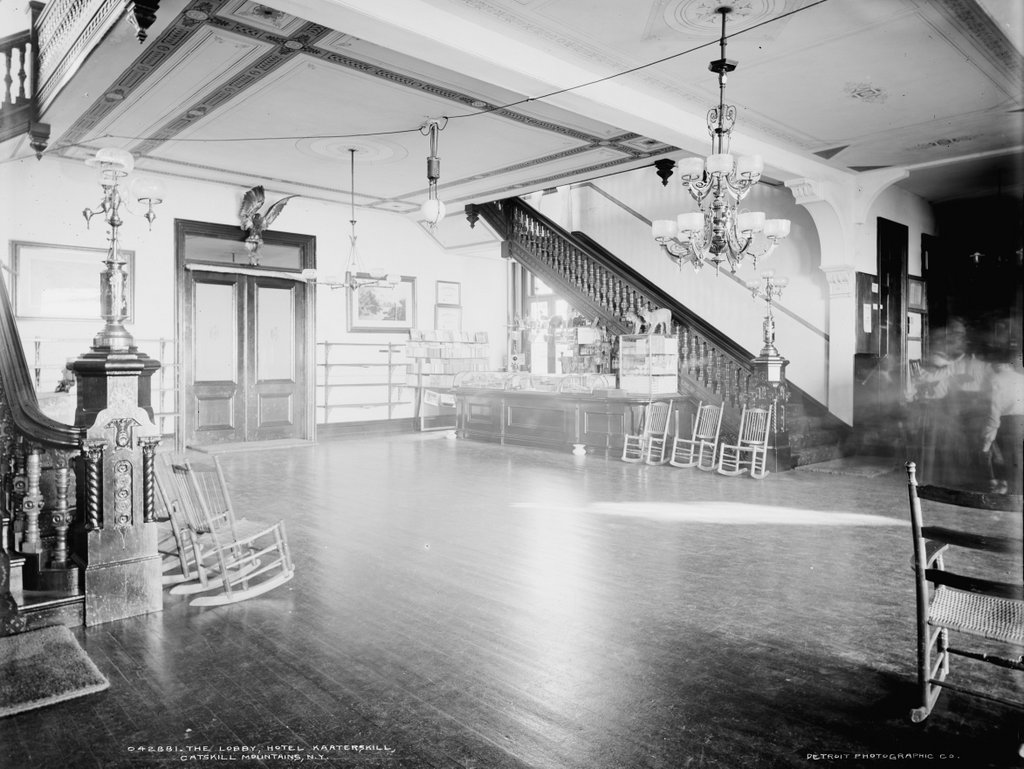 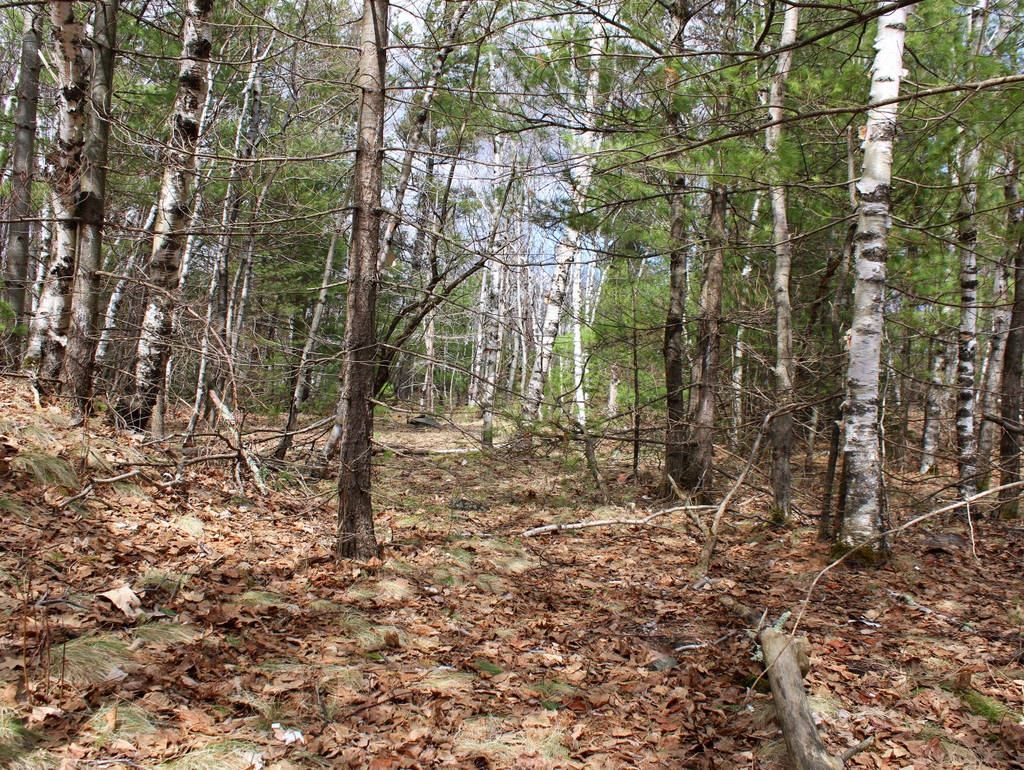 The first photo shows the lobby of the Hotel Kaaterskill, which was built in 1881 as a resort hotel atop South Mountain in the Catskills. Said to have been the largest mountaintop hotel in the world, the Kaaterskill was a popular destination during the late 19th and early 20th centuries, and during this time it had a number of prominent guests, including Presidents Ulysses S. Grant and Chester A. Arthur. The hotel stood here for over 40 years, before it was destroyed by a fire in 1924.

This photo was taken from just inside the front entrance, facing northwest. On either side of the lobby are stairs leading to the upper floors, and between these staircases is the door to the dining room. To the right is the eastern wing of the building, which had a reception room, parlors, a smoking room, and a barber shop on the first floor. In the center of the scene is a counter that appears to have sold souvenirs and possibly food. The exposure time was probably a few seconds long, as indicated by the moving rocking chair on the left side and the blurred figures on the far right.

The hotel was never rebuilt after the fire, and today the forest is steadily reclaiming the site of the hotel. There is very little left of the massive building, aside from the stone foundations and scattered debris like rusted metal and shards of broken glass and chinaware. The 2021 photo was particularly difficult to line up with the old one, since there are no surviving features from the first photo. However, it was taken from approximately the same spot as the first photo, and facing the same direction, as indicated by the hotel’s floor plans and the remnants of the foundation.