The view looking upstream on the Blackstone River in Pawtucket, around the 1860s or 1870s. Image courtesy of the New York Public Library. 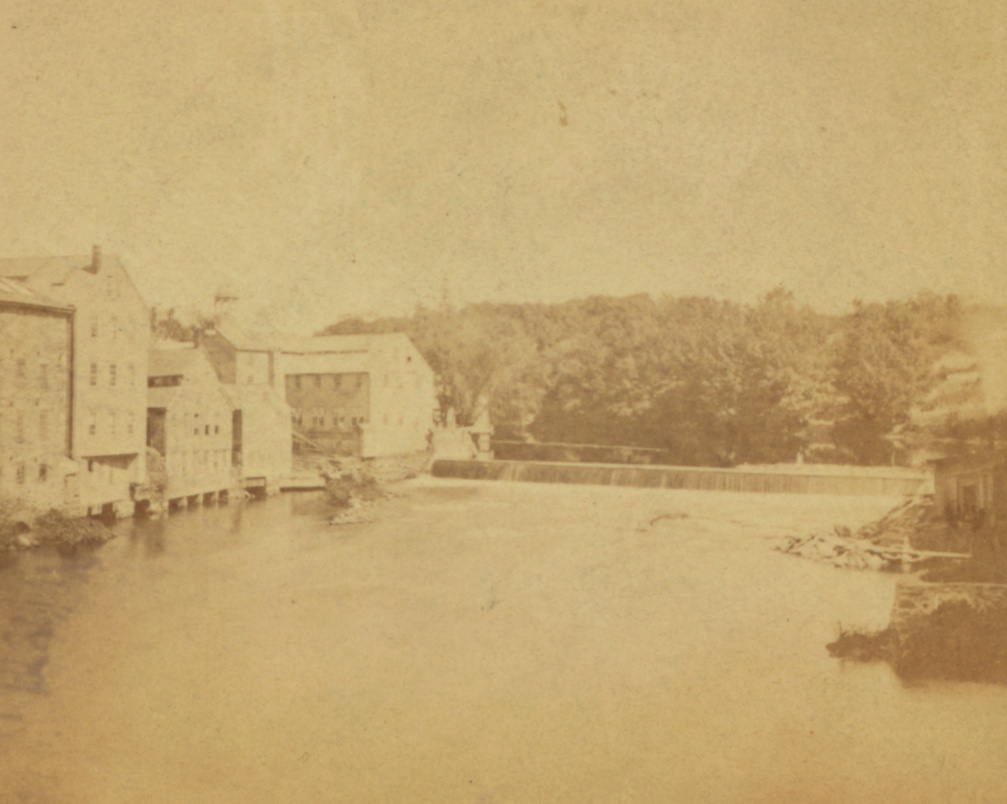 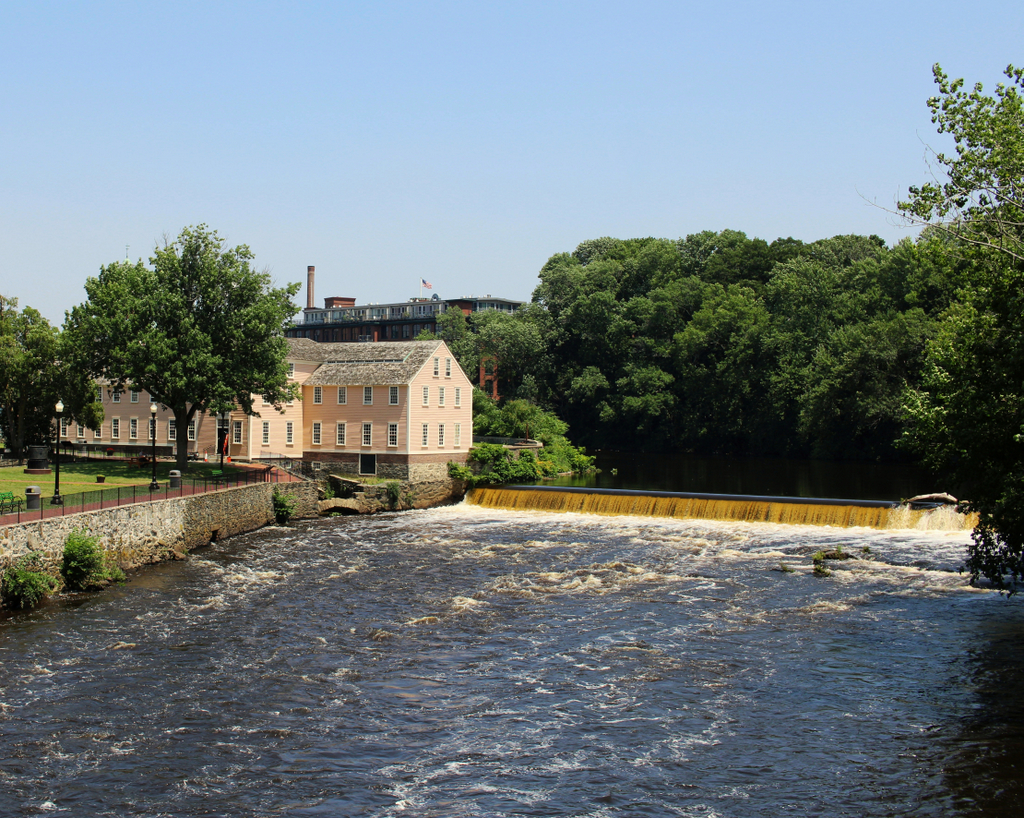 As explained in more detail in the previous post, Slater Mill is often regarded as the birthplace of the Industrial Revolution in America. It was built by Samuel Slater, an English-born textile manufacturer who secretly emigrated to the United States in 1789, bringing Britain’s industrial secrets with him. Upon arrival in New York, he soon made contact with Providence businessman Moses Brown, who was searching for someone to construct British-style water frames for spinning yarn. Slater subsequently came to Pawtucket, where he worked with several local craftsmen to produce a working water-powered spinning machine.

Slater then formed a partnership with Moses Brown’s son Obadiah Brown and son-in-law William Almy. They soon outgrew their original facility, so in 1792 they constructed a wood-frame dam across the Blackstone River, shown here in the center of these two photos. Then, a year later they opened their new mill, which was two stories high and measured 40 feet by 26 feet. It would later be significantly expanded over the years, but the original 1793 section is still there. Viewed from this angle, it is in the central part of the building, directly behind the large tree in on the left side of the present-day photo.

The original mill was small compared to the massive textile factories that would soon appear alongside major rivers throughout New England, and its operations were fairly limited, but it marked an important shift in manufacturing in the United States as the first large-scale cotton mill in the country. And, despite its initial small size, it soon expanded. The first addition came in 1801, with a large wing on the north side of the building, on the left side of this scene. This was followed by a wing on the south side in the late 1810s, and then a stair tower and cupola on the west side around 1830.

In the meantime, Samuel Slater remained a partner here throughout much of the early 19th century, but he also built a number of mills of his own, in part because of conflicts with Moses Brown and William Almy here at the original mill. He finally sold his interest in the company in 1829, when an economic downturn forced him to liquidate some of his assets in order to pay his debts.

This building would continue to be operated as a cotton mill throughout most of the 19th century. It was expanded with more additions during this time, and it also housed a variety of other tenants involved in different industries. The first photo shows the building around the 1860s or 1870s, standing alongside a number of other mills that had been built along the Blackstone River by this point.

Cotton production continued here until 1895, and the mill was subsequently used for other industrial purposes into the early 20th century. It was steadily deteriorating, but in 1923 it was acquired by the Old Slater Mill Association. Over the next few years, this organization restored the building to its 1835 appearance, including the removal of the later additions. Most of the surrounding buildings were also demolished, in order to create a small park around the old mill. Only the 1810 Oziel Wilkinson mill was spared, and it still stands just out of view on the left side of this scene.

Today, both the historic Slater Mill and the original dam across the river are still here. The mill was designated as a National Historic Landmark in 1966, and it is now a part of the Blackstone River Valley National Historical Park. Slater Mill is the centerpiece of this multi-site park, and it is joined here by the Wilkinson mill and also the Sylvanus Brown House, which was moved here from a different location in the mid-20th century.