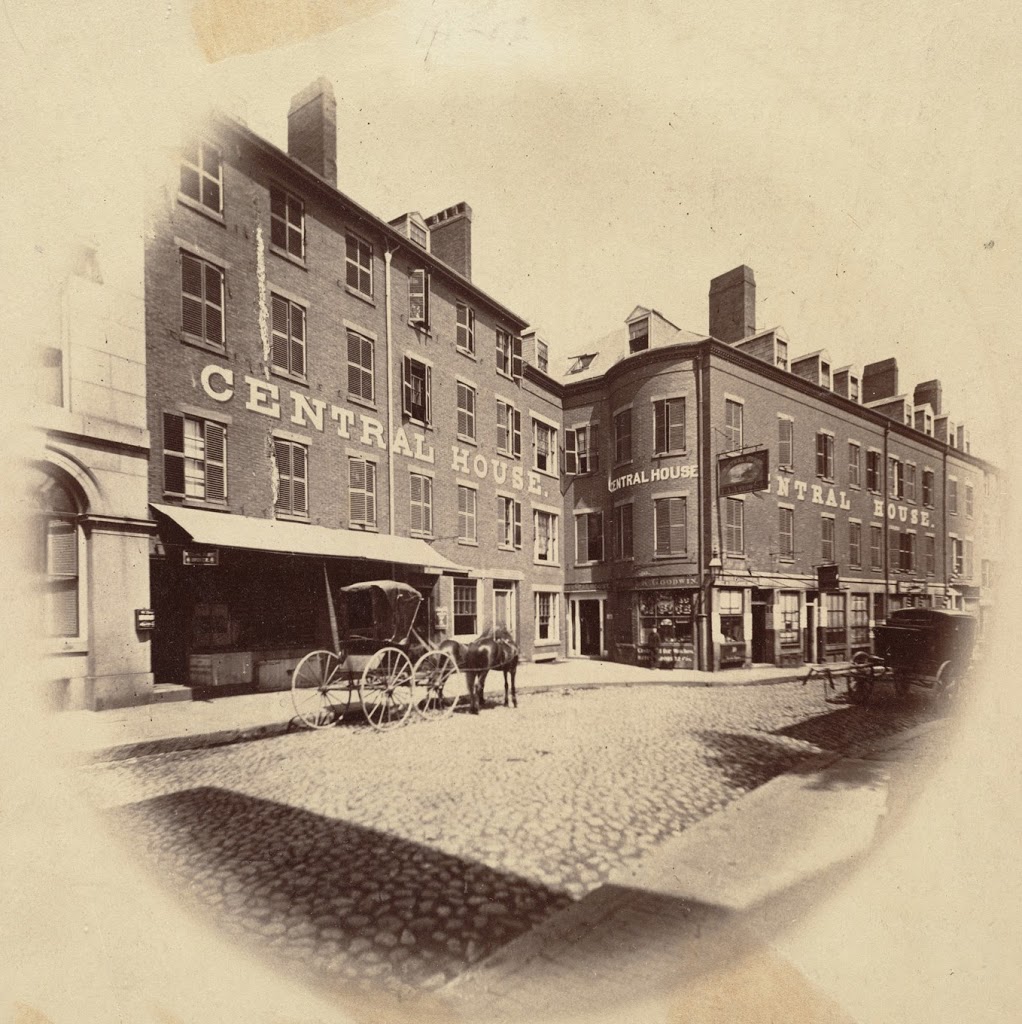 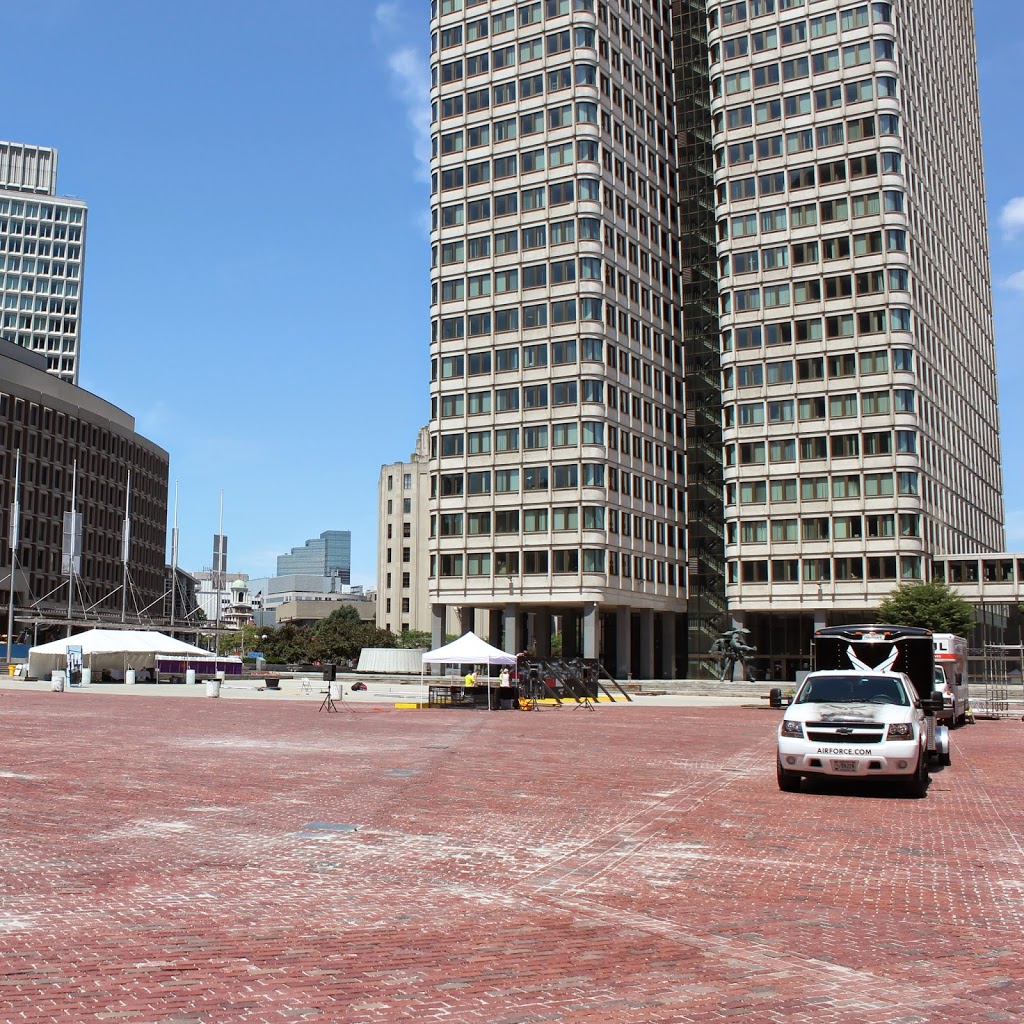 Located next to the Quincy House, immediately to the right of the building in the 1860 photo of this post,  the Central House was at one point its own hotel, but was later absorbed into the Quincy House.  Eventually, like the rest of the Quincy House, this section was expanded to seven stories in the 1880s, although it isn’t apparent whether the existing floors were added on to, or if the brick section was entirely demolished.  In any case, the entire neighborhood is gone, along with the street network, so this photo and the other one of the Quincy House are recreated based on estimates from comparing historic and modern maps; no landmarks remain from either of the two 1860 photos.