The north side of the White House, seen from Pennsylvania Avenue around 1905. Image courtesy of the Library of Congress, Detroit Publishing Company Collection. 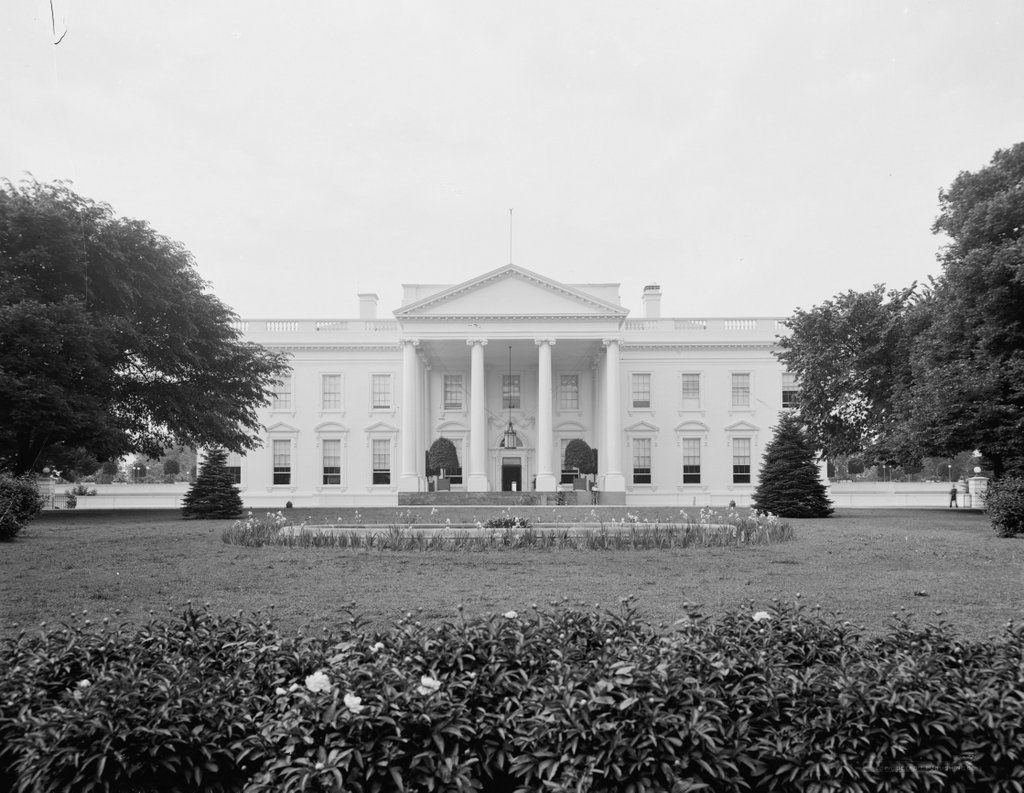 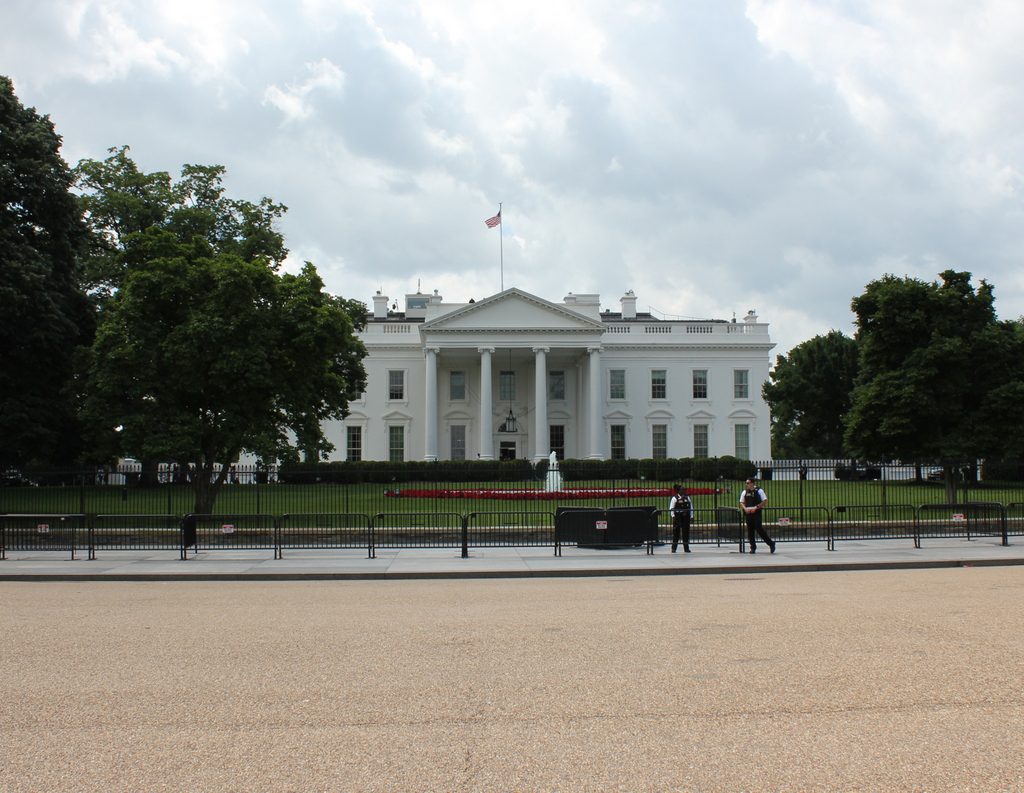 Construction on the White House started in 1792, although it would not be occupied until 1800, when the national capital was moved to Washington and John Adams moved into the house. However, the White House has undergone significant changes since then, and today very little survives from the building that John and Abigail Adams moved into nearly 220 years ago.

The original design for the White House was the work of Irish-born architect James Hoban. He likely modeled the north facade, shown here in this view, after Leinster House in Dublin, and the south facade may have been inspired by Château de Rastignac in France. The north facade also bears a strong resemblance to the Charleston County Courthouse in South Carolina, which had been designed by Hoban several years earlier.

In 1814, the White House was burned by invading British forces, completely gutting the building and leaving only its exterior walls still standing. The White House was soon rebuilt, but most of the walls had to be reconstructed, leaving only a small portion of the original structure in the new building. James Hoban was involved in this reconstruction work, as was Benjamin Henry Latrobe, who also worked to rebuild the Capitol after it was likewise burned.

The new White House was completed in 1817, although without its distinctive porticoes on either side. The curved south portico was constructed in 1824, during James Monroe’s presidency, and the portico here on the north side was added five years later, at the start of Andrew Jackson’s presidency. Subsequent presidents would make further changes to the White House, although these generally involved the interior. It would not be until 1902 that the building itself would be expanded, with wings on the east and west sides of the original structure.

The first photo was taken only a few years later, about halfway through the presidency of Theodore Roosevelt. The wings that he had added – which would later be replaced by the current East and West Wings – are not visible from this angle, but the photo provides a good view of the original section of the building as it appeared at the turn of the 20th century.

By far the most dramatic change to the White House came during the presidency of Harry S. Truman, nearly 50 years after the first photo was taken. By this point, the building was almost 150 years old, and it was beginning to show its age. The various renovations and additions over the years had severely compromised its structural integrity, and by the late 1940s the second floor was in imminent danger of collapse.

As a result, the White House underwent a massive renovation starting in 1949. For the second time in its history, the interior was gutted, leaving nothing but the exterior walls. A new interior was built with a steel frame, and the rooms were reconstructed inside of it, with few changes to the overall layout of the first and second floors. Much of the historic fabric of the interior was salvaged during the demolition process, and some of it was incorporated into the rebuilt White House, although other materials were sold to the public as souvenirs. The project was completed in 1952, with Truman returning to the renovated White House near the end of his second term.

Despite these dramatic changes to the interior, the exterior has not changed much in more than a century since the first photo was taken. One major difference, though, is the level of security at the White House and the surrounding area. The public once had unrestricted access to both the White House and the grounds, but over the years this has been steadily limited due to security concerns. Pennsylvania Avenue, seen in the foreground, has been closed to vehicular traffic since 1995, because of its proximity to the White House. More recently, the street and the south sidewalk have been closed to pedestrians, and today visitors must view it from across the street at Lafayette Square, as shown in the 2018 photo. 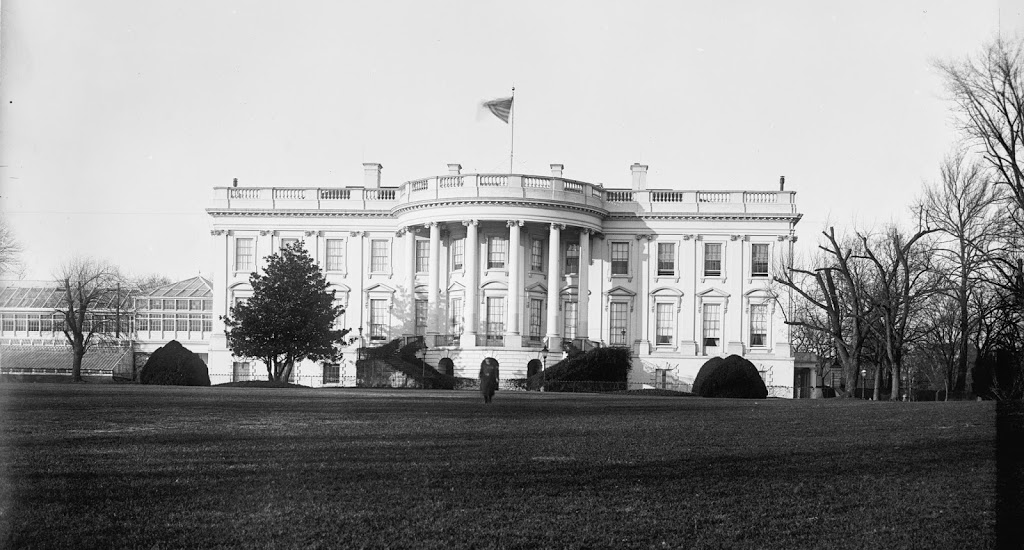 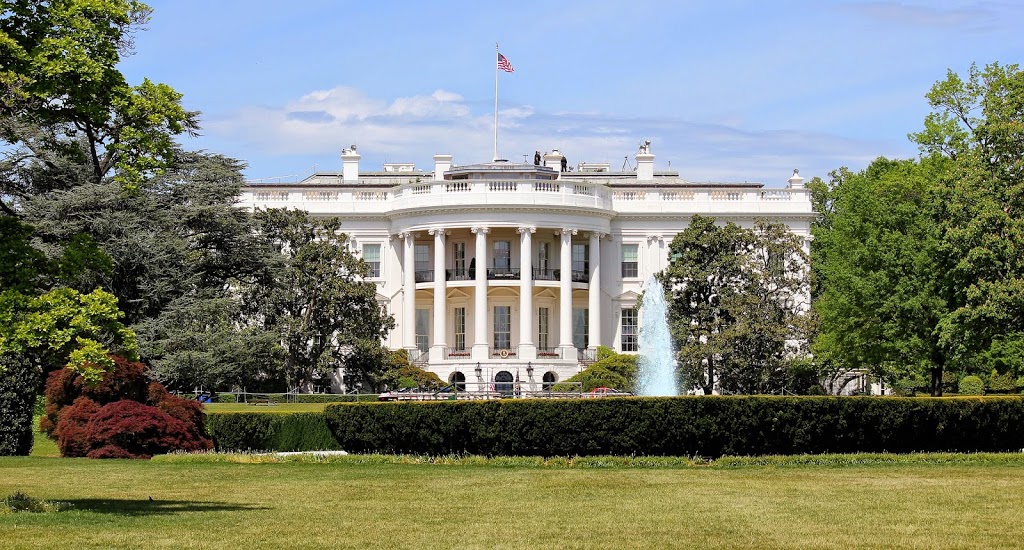