Mount Jefferson and the northern Presidential Range from near the summit of Mount Monroe, around 1900. Image courtesy of the Library of Congress, Detroit Publishing Company Collection. 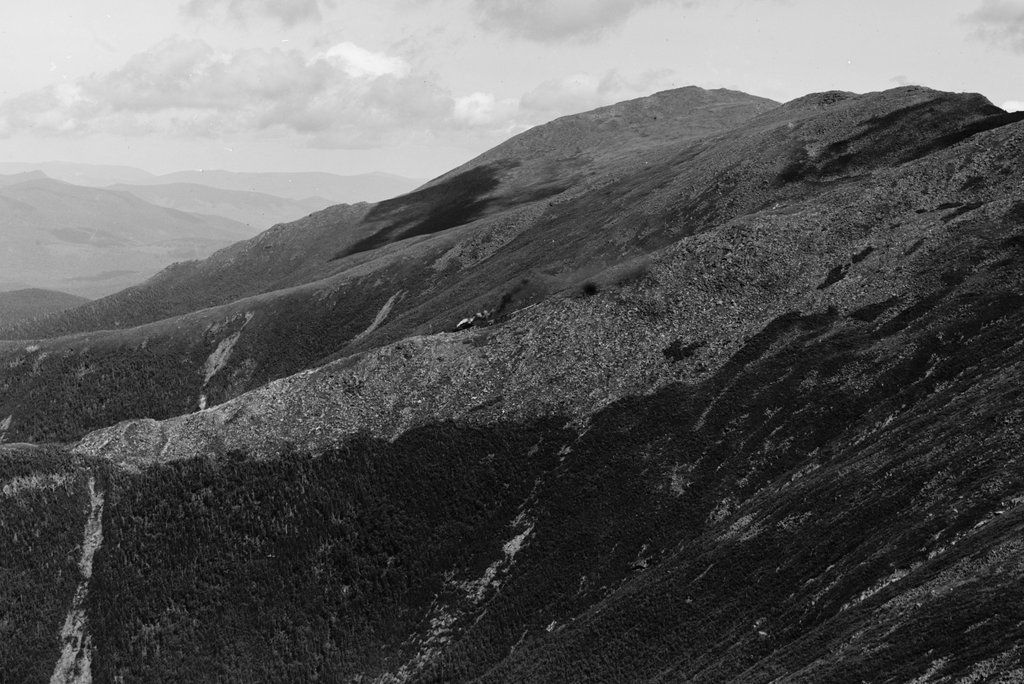 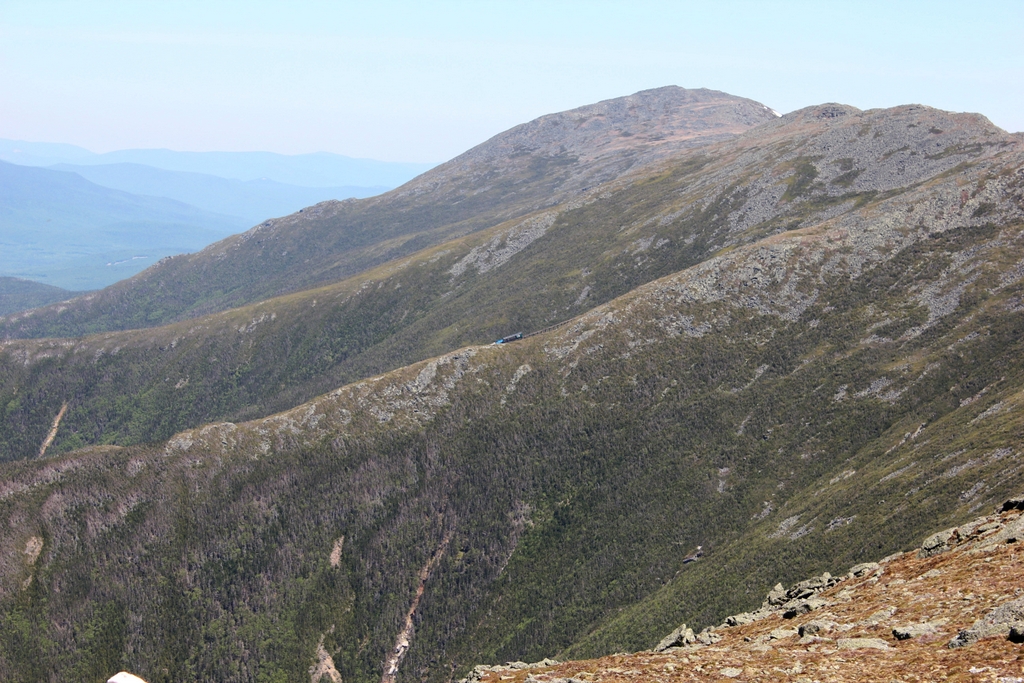 The first photo here was taken from the same spot, and perhaps even on the same day, as the one in the previous post. However, while that photo shows the summit of Mount Washington from Mount Monroe, this view looks a little further to the west, showing the western side of Mount Washington with Mount Jefferson further in the distance. As was the case with the previous post, I took the 2020 photo without having first seen the 1900 one. I took the photos during a hike along the southern Presidential Range from Crawford Notch to Mount Monroe, and later discovered that several of the photos lined up perfectly with ones that were taken around 1900 by the Detroit Publishing Company. In this particular view, perhaps the most remarkable similarity is that both photos show a Mount Washington Cog Railway train in the exact same location, right in the center of the photo.

The highest mountain visible in this scene is Mount Jefferson, which is a little over three miles away from here. At 5,712 feet, it is the third-highest peak in the northeastern United States, after the nearby Mount Washington and Mount Adams. Along with Mount Madison and Mount Monroe, these comprise the five highest peaks in the region, and they are named in honor of the first five presidents, with the elevation rank corresponding to the order in which they served as president. However, Madison and Monroe are very close in elevation, and subsequent surveys discovered that Monroe is actually slightly higher, despite being named for the fifth president.

Aside from Mount Jefferson, the most visible landscape feature here is Ammonoosuc Ravine, a large glacial cirque in the foreground that forms the western slope of Mount Washington. Further in the distance is Burt Ravine, a somewhat smaller cirque to the northwest of Mount Washington. In between these two ravines is a ridgeline that runs diagonally across this scene. The steep slopes of this ridge, combined with the heavy precipitation here, makes it prone to landslides, and both photos show the scars of large slides here on the southern side of the ridge.

Both photos also show the Mount Washington Cog Railway, which runs along this ridge between Ammonoosuc and Burt Ravines. Completed in 1869, this three-mile railroad was a major engineering feat, with trains rising about 3,500 feet in elevation from the base station to the summit. This was far too steep for conventional trains, so the railway’s founder, Sylvester Marsh, developed a rack-and-pinion system with a gear on the locomotive that engaged a rack in the center of the track. This allowed the gear to pull the train up the mountain, and then safely lower it in a controlled descent on the return trip.

The Mount Washington Cog Railway was the first of its kind in the world, and it today it is the world’s second-steepest railroad. The single steepest part of the route is a trestle known as Jacob’s ladder, with a maximum grade of more than 37%. This trestle is visible in the center of both photos, and coincidentally both photos show a train at the same spot at the base of the trestle. As was the case more than a century ago, the trains still climb and descend with the locomotive always on the downhill side of the train and a single passenger coach facing uphill. The only difference is the type of locomotive; for most of the railroad’s history it operated steam locomotives, but it now primarily uses biodiesel locomotives, which are more environmentally friendly and less expensive to run.

Overall, the type of locomotive on the trestle is essentially the only difference between these two photos. Although the summit of Mount Washington has been heavily developed with over the years with many buildings and other structures, the rest of the Presidential Range has remained largely unchanged, with few signs of human activity aside from hiking trails. Most of the range, along with much of the surrounding land, is now protected as part of the White Mountain National Forest, which was established in 1918 and has grown to over 750,000 acres of land in New Hampshire and Maine. 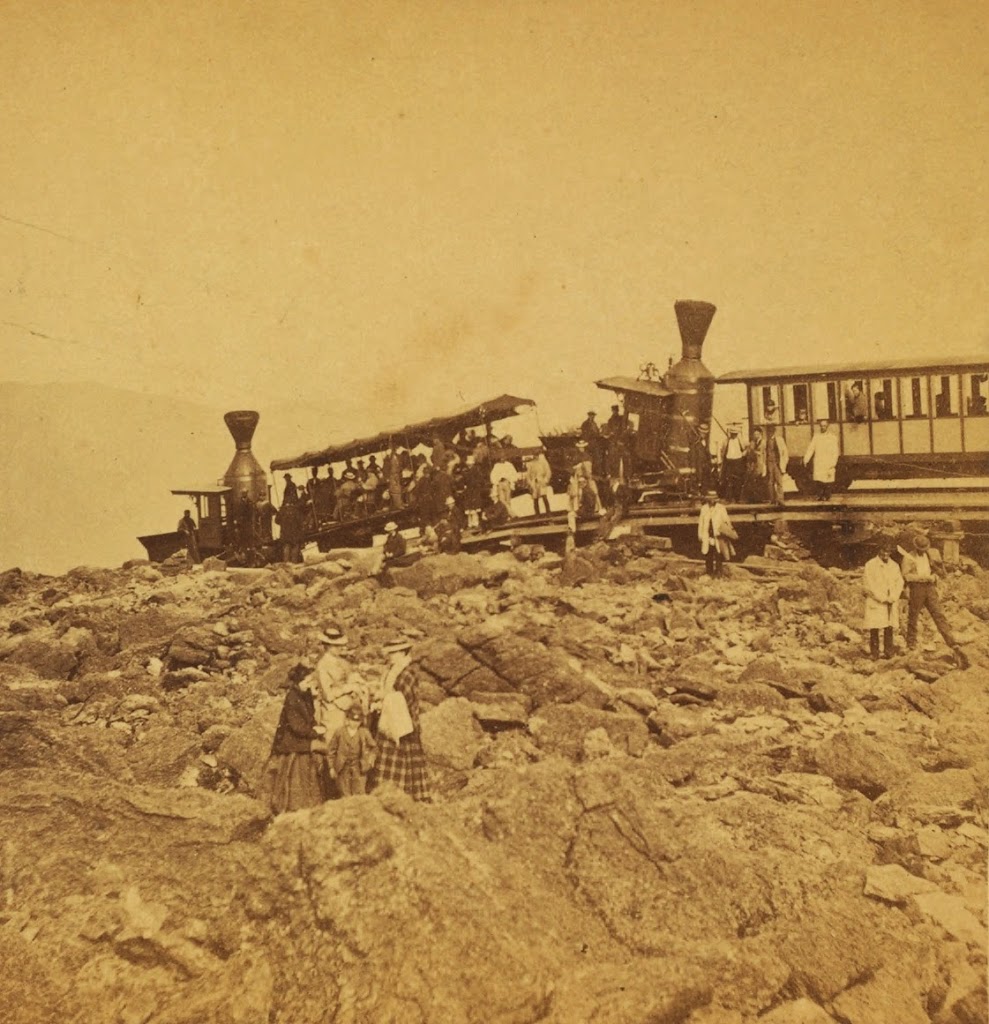 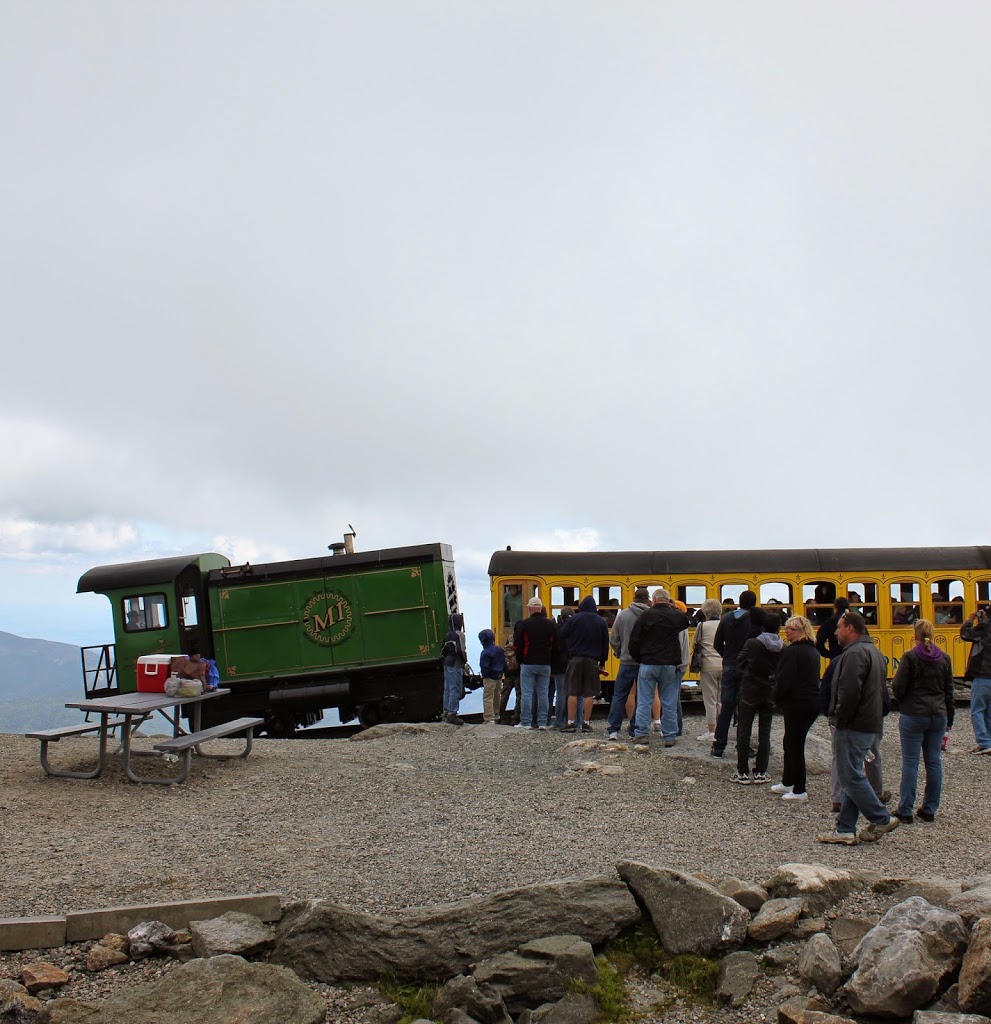