The Valley Paper Company, seen from the bridge over the Second Level Canal in Holyoke, around 1910-1915. Image from Illustrated & Descriptive Holyoke Massachusetts. 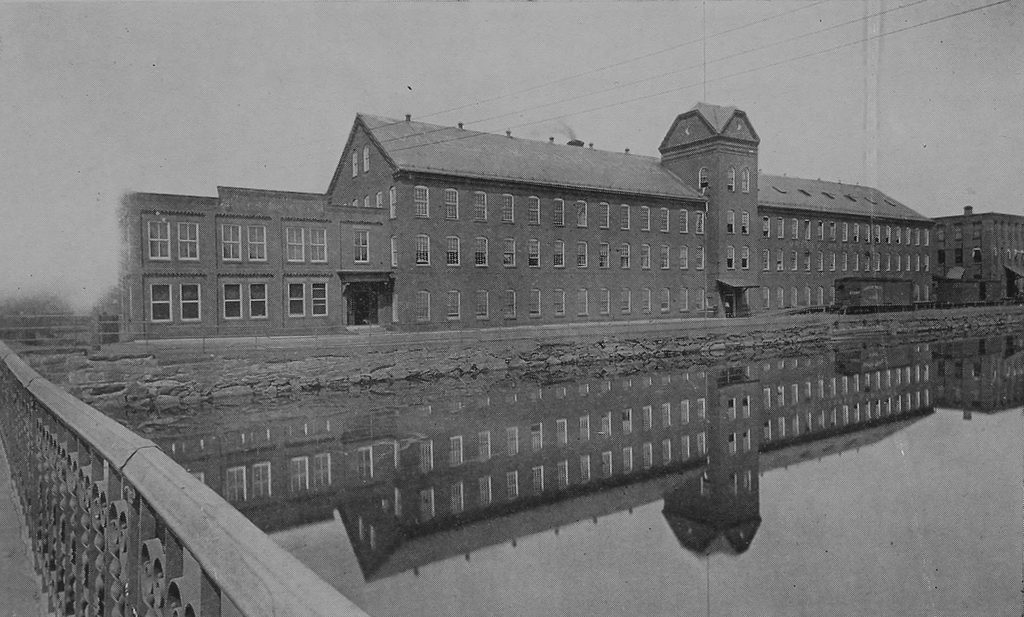 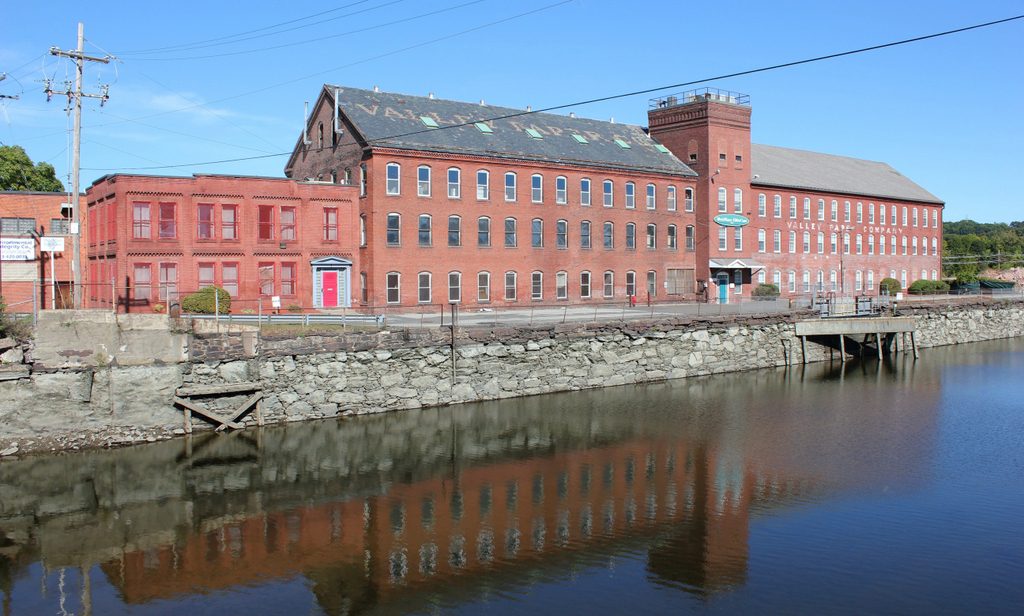 This view shows the same building as the photos in the previous post, just from a different angle. As mentioned in that post, the Valley Paper Company was established in the 1860s, and was one of the many paper mills that were located in Holyoke during the 19th century. The original mill building, completed in 1864, was much smaller, and apparently consisted of just the three-story section to the left of the tower. However, as production increased, so did the size of the building, and it was expanded in 1877, with an addition that evidently included the tower and the section to the right of it. The two sides of the building have very similar architecture, and at first glance they appear to be symmetrical, but the right side is actually longer and has a slightly different shade of brick when compared to the right side.

The Valley Paper Company remained in business for many years, but it eventually suffered the same fate as most of Holyoke’s other once-prosperous industries. It closed during the second half of the 20th century, and in 1981 the property was acquired by the city. The rear sections of the mill, not visible in this scene, were then demolished, but the front of the building was preserved and renovated, and it is one of the many historic factories that still line Holyoke’s canals. It still bears the name of the Valley Paper Company, which is written in slate on the left side of the roof and painted on the wall on the right side of the building, but it now houses several different tenants. These include West Mass Elder Care, whose green sign is visible on the central tower.