The view looking east from the Bridge Street bridge over the Second Level Canal in Holyoke, around 1891. Image from Holyoke Illustrated (1891). 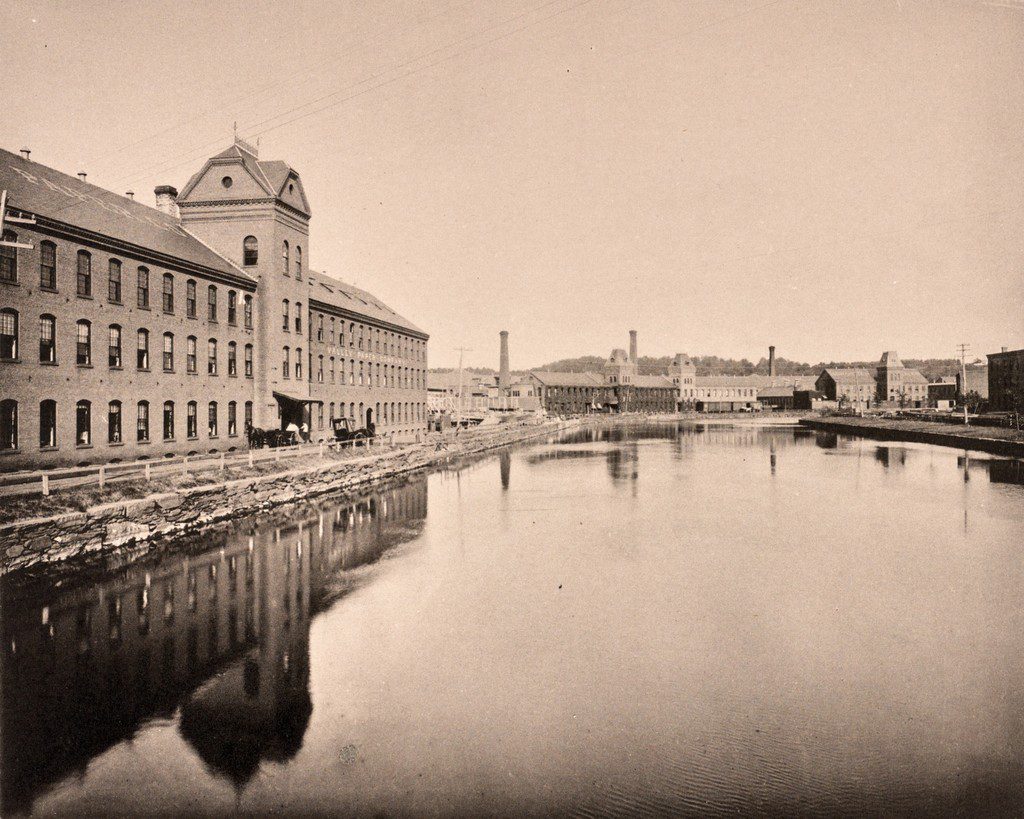 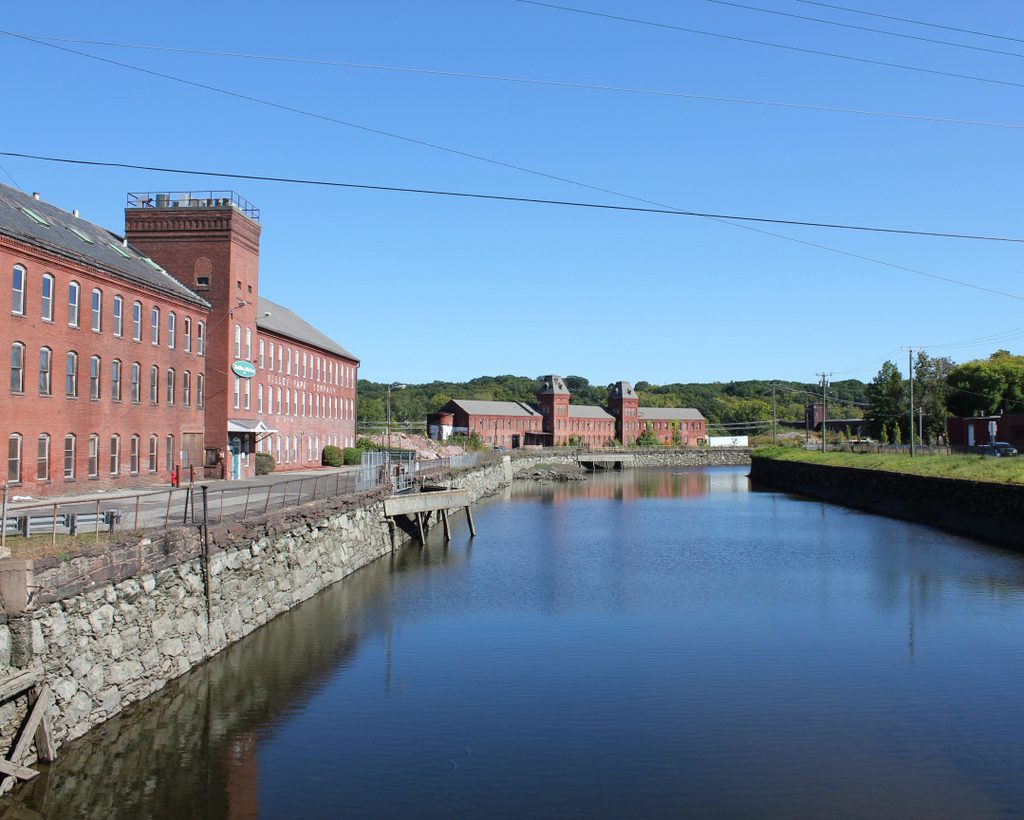 The first photo was taken during the height of Holyoke’s prosperity as a manufacturing center, and it shows a group of paper mills that lined the Second Level Canal on the eastern side of the city. Holyoke, which came to be known as “Paper City,” was one of the world’s leading producers of paper during the late 19th and early 20th centuries, with around 25 companies producing a variety of paper products by the 1890s. This industry, along with the equally-important textile mills in the city, helped make Holyoke a major destination for immigrants seeking work, and resulted in a dramatic increase in population during the second half of the 19th century.

Probably the oldest building in this scene is the one on the far left. The earliest part of the mill was built around 1864, but it was subsequently expanded in 1877. For many years it was operated by the Valley Paper Company, and produced fine writing paper and envelope paper. In the distance, in the center of both photos, was the Albion Paper Company. This mill complex was built in the late 1870s and early 1880s, and produced book paper. Further to the right was the Syms & Dudley Paper Company, whose mill was built around the same time as the Albion mill.

In 1899, less than a decade after the first photo was taken, Holyoke’s Paper industry underwent some major changes. By then, many American industries had begun consolidating into trusts, in order to control large segments of their respective markets. Among the most notorious were monopolies such as Standard Oil and U. S. Steel, but paper manufacturers also established a trust of their own, with the formation of the American Writing Paper Company in 1899. The new company was headquartered nearby, at the corner of Main and Race Streets here in Holyoke, and at one point it controlled around 75 percent of the country’s fine writing paper.

Many of Holyoke’s paper companies were consolidated into the American Writing Paper Company, including the Albion Paper Company. The Mt. Tom Paper Company, which had acquired the former Syms & Dudley mill on the right side of the photo, was also involved in the merger. Both of these mills, along with the other ones acquired by the trust, retained their names, but were operated as divisions of American Writing Paper. However, not all of Holyoke’s paper mills joined the trust, including Valley Paper on the left side of the scene, which retained its independence and continued operating for many decades.

Holyoke’s paper industry thrived well into the 20th century. However, by mid-century manufacturing was in decline across the northeast, as companies struggled with aging factory buildings and increased competition from overseas and elsewhere in the United States. The paper industry was no exception, and Holyoke’s various companies steadily closed or relocated. American Writing Paper, which had been plagued by years of mismanagement and labor troubles, was finally liquidated in the 1960s, and Valley Paper Company also closed during the second half of the 20th century.

Despite these changes, though, many of Holyoke’s former paper mills are still standing, although some have been vacant for a number of years. The former Valley Paper mill was partially demolished in the 1980s, but the surviving sections were restored and redeveloped. Further in the distance, both the former Albion and Mt. Tom mills were recently sold to a developer, and have been in the process of being deconstructed, in order to salvage the building materials. However, the Mt. Tom mill caught fire in 2012 while being dismantled, and the ruins were subsequently demolished. Some of the Albion mill complex has also been dismantled, although the front part of the building was still standing when the first photo was taken in 2017.