The Hampshire County Courthouse in Northampton, Mass., around 1904. Image courtesy of the Library of Congress, Detroit Publishing Company Collection. 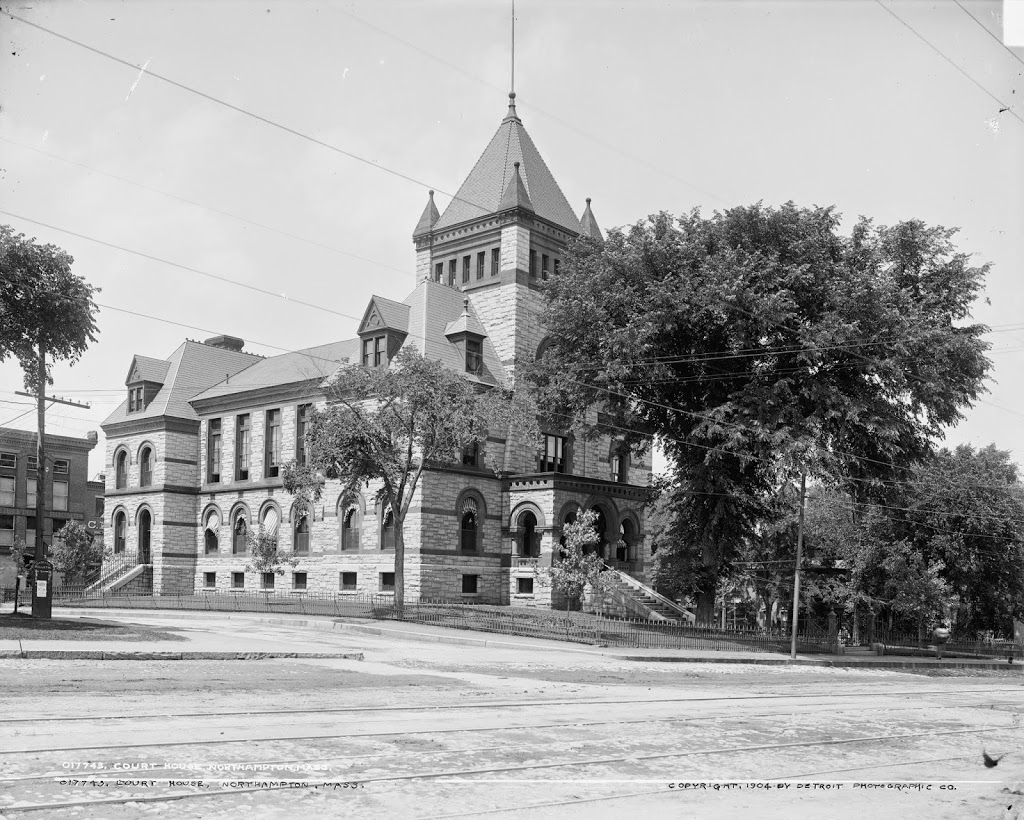 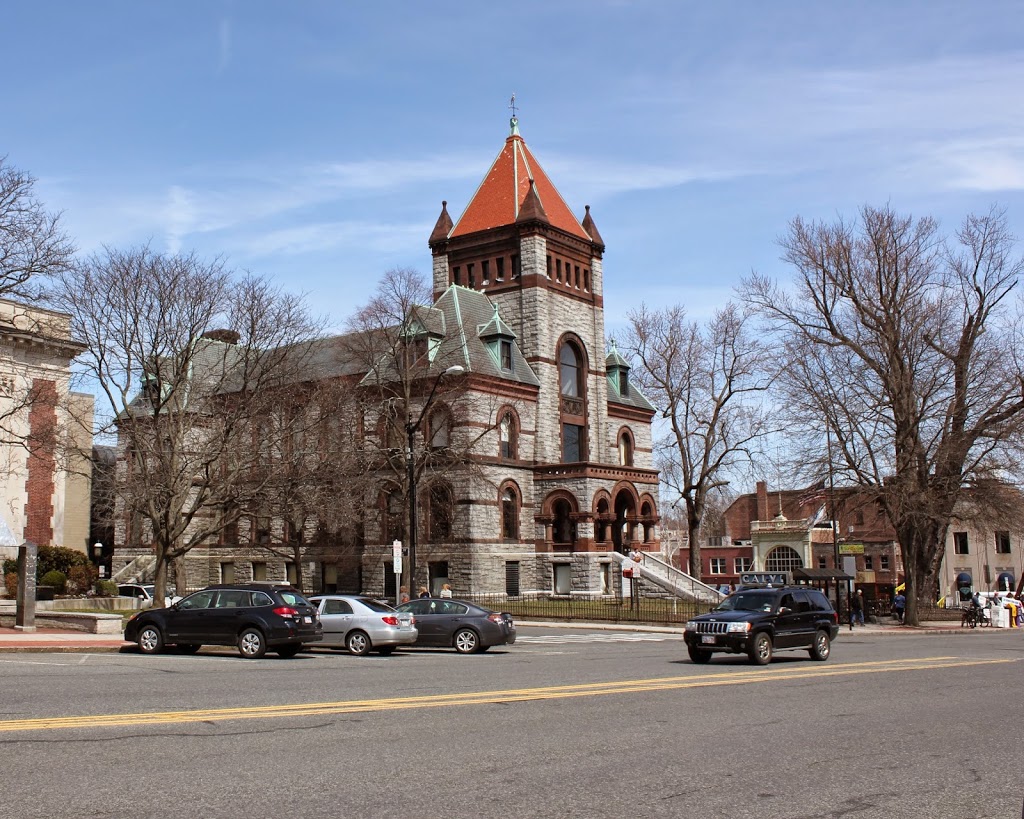 The Hampshire County Courthouse hasn’t changed much since 1904, nor has it changed much since it was completed in 1886.  It bears strong resemblance to the Hampden County Courthouse that was built about 12 years earlier, and unlike that building, this one retains its top floor and its dormers adjacent to the tower.  Around the time that the earlier photo was taken, the Clerk of Courts was a local attorney and former City Council member named Calvin Coolidge, who would eventually go on to work a much more notable job in a much larger and more prominent building.   One difference between 1904 and now, although not visible in the photo, is a statue of said former Clerk of Courts, now on the grounds of the courthouse.