The Witch House, at the northwest corner of Essex and Summer Streets in Salem, around 1901: 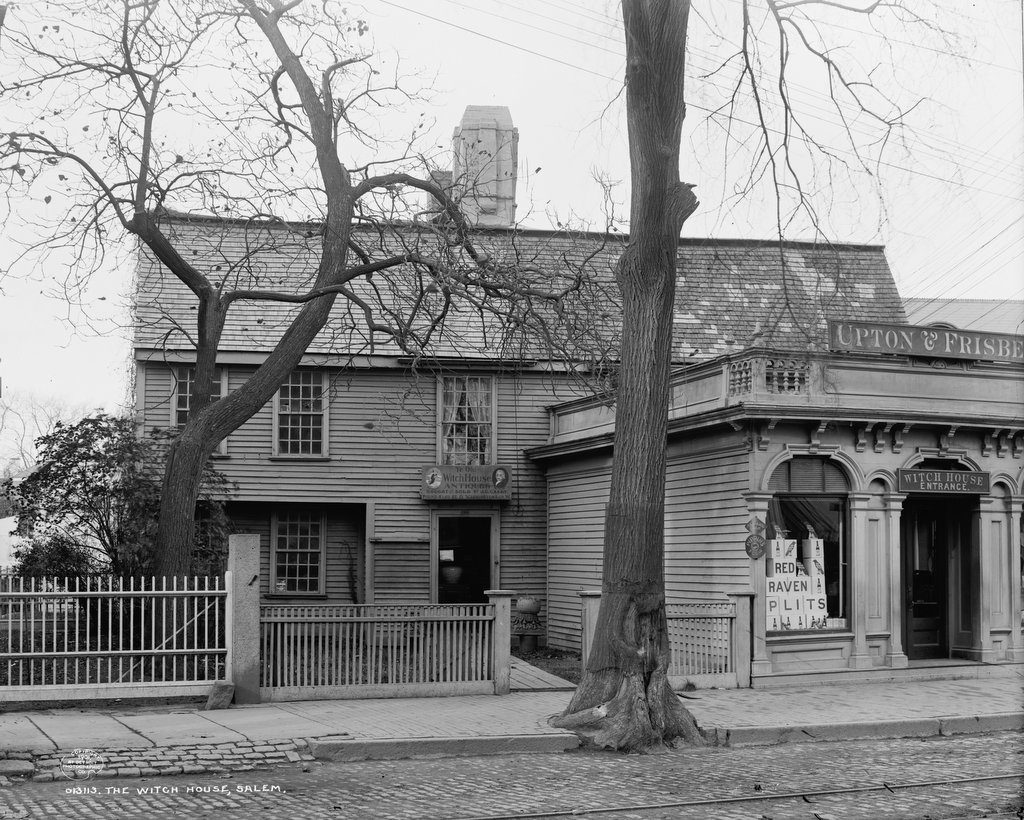 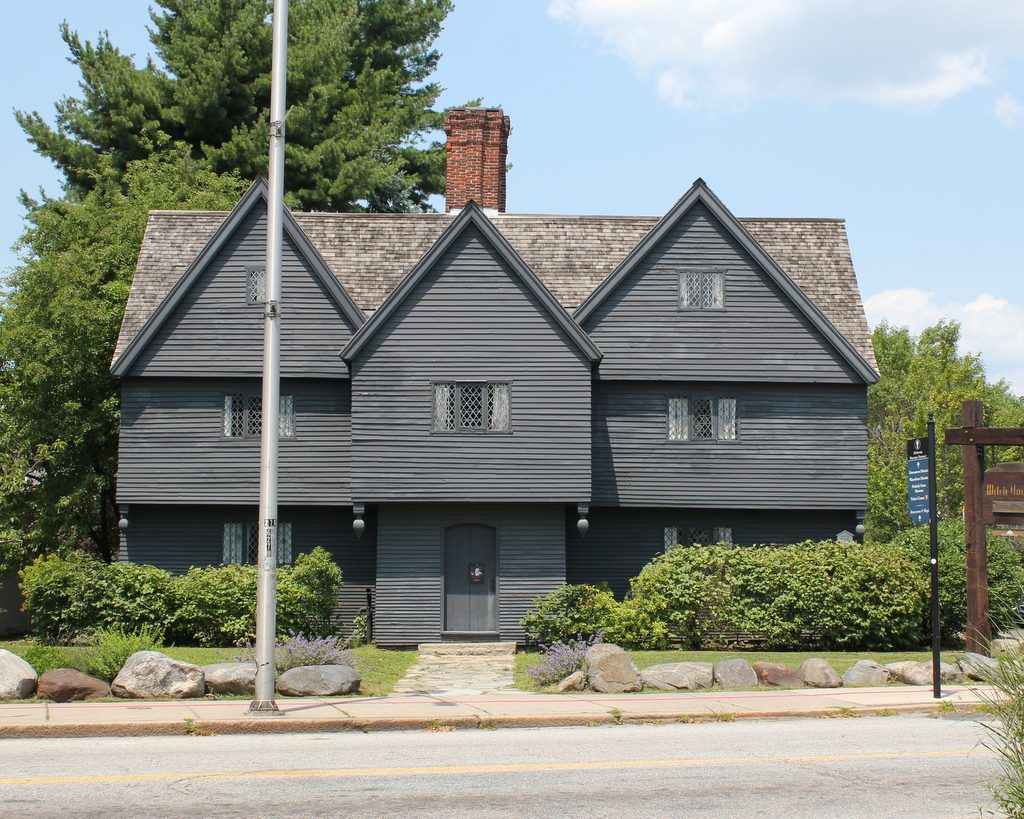 The Witch House in Salem is one of the oldest houses in Massachusetts, and is the only surviving building in Salem with direct ties to the 1692 Salem Witch Trials.  The house was owned by one of the judges, Jonathan Corwin.  It was likely built in the 1660s or 1670s, although some place its date in the 1640s or even earlier.  The 1901 photo was taken prior to its restoration and move; a street widening project necessitated moving it about 35 feet, and the house was restored to its presumed 17th century appearance, which did not include the attached storefront from the 1901 photo.