The view of Easthampton from the Summit House on Mount Tom, around 1908. Image courtesy of the Library of Congress, Detroit Publishing Company Collection. 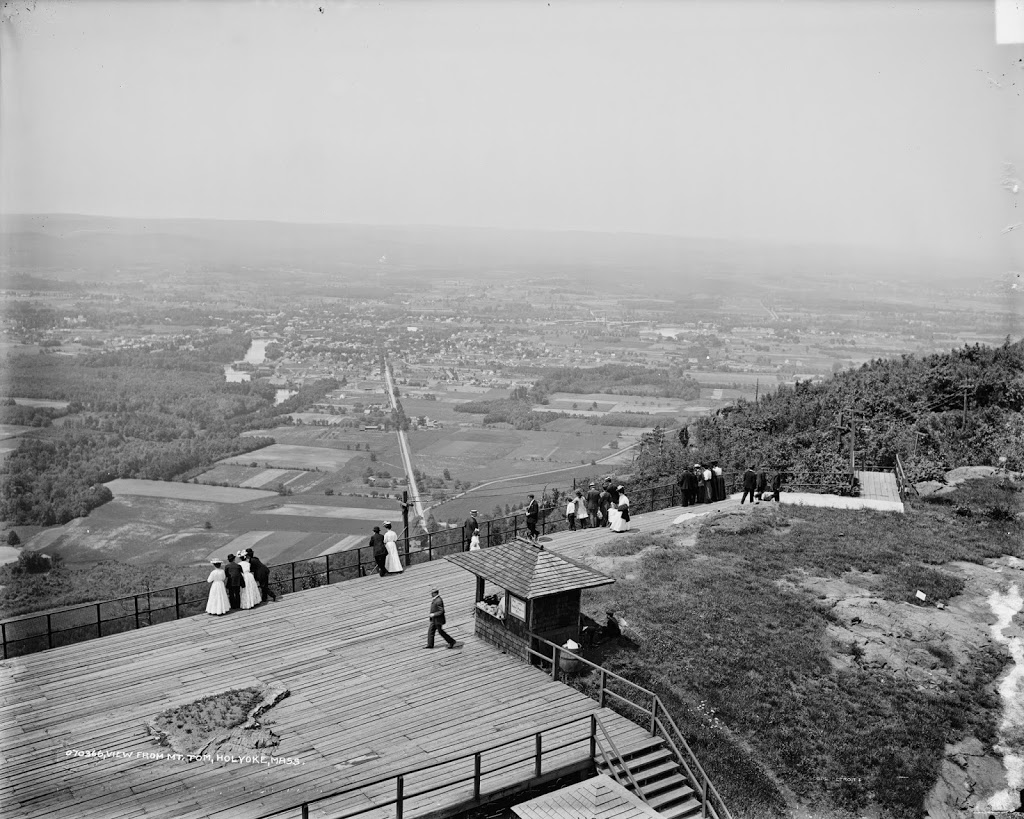 Approximately the same view in 2014: 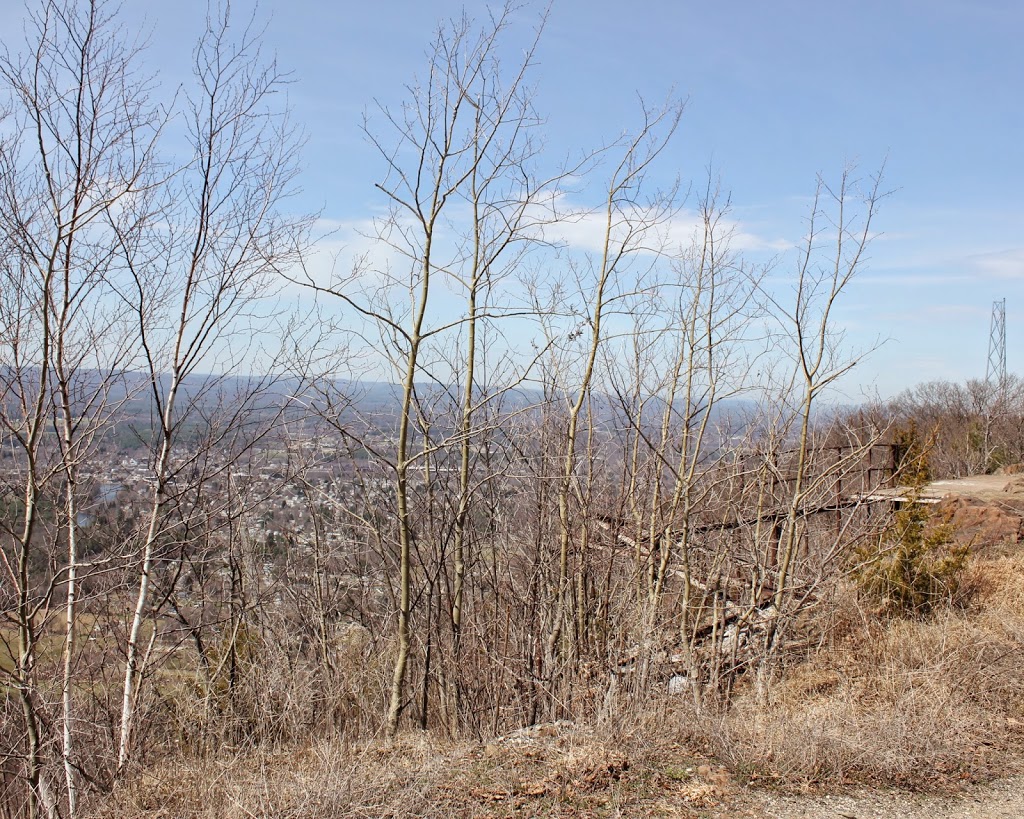 It’s almost impossible to get an identical view, because the Summit House no longer exists, and the actual site of it has radio towers that are behind fences.  However, these two photos both show the same general section of the boardwalk that once went across the summit. The 2014 photo was probably taken around the spot in the lower left of the 1908 photo where a flat rock protrudes above the boardwalk. Compare to a similar “before” view, and a 2010 view of the location.