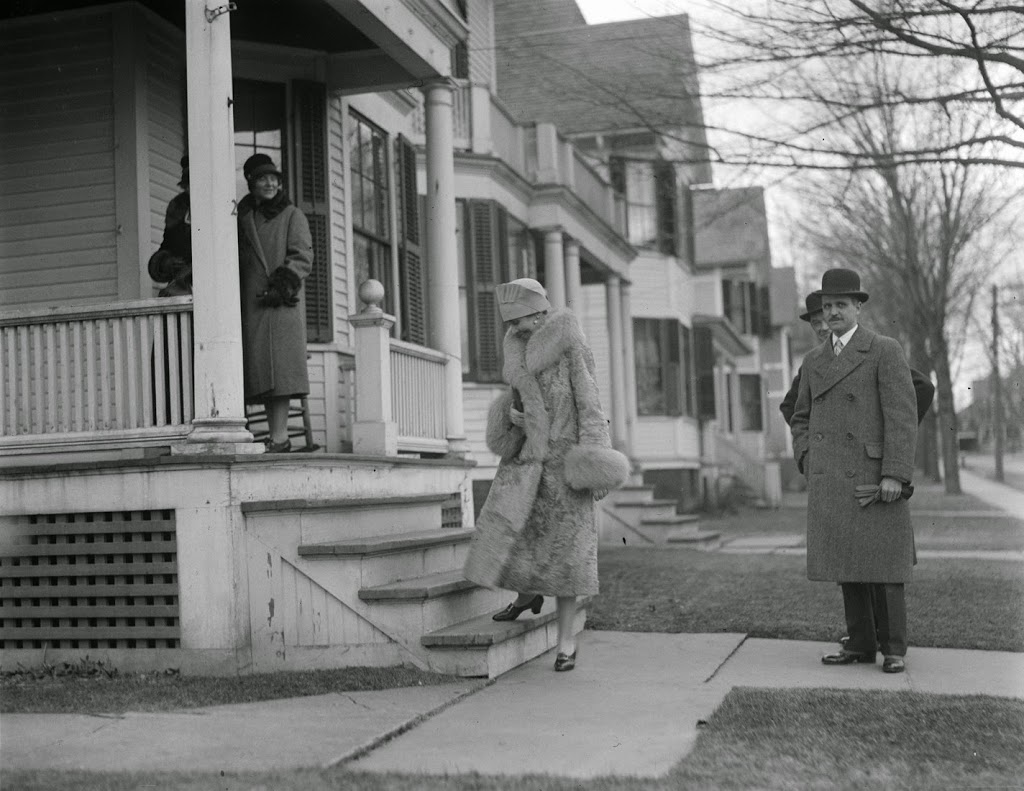 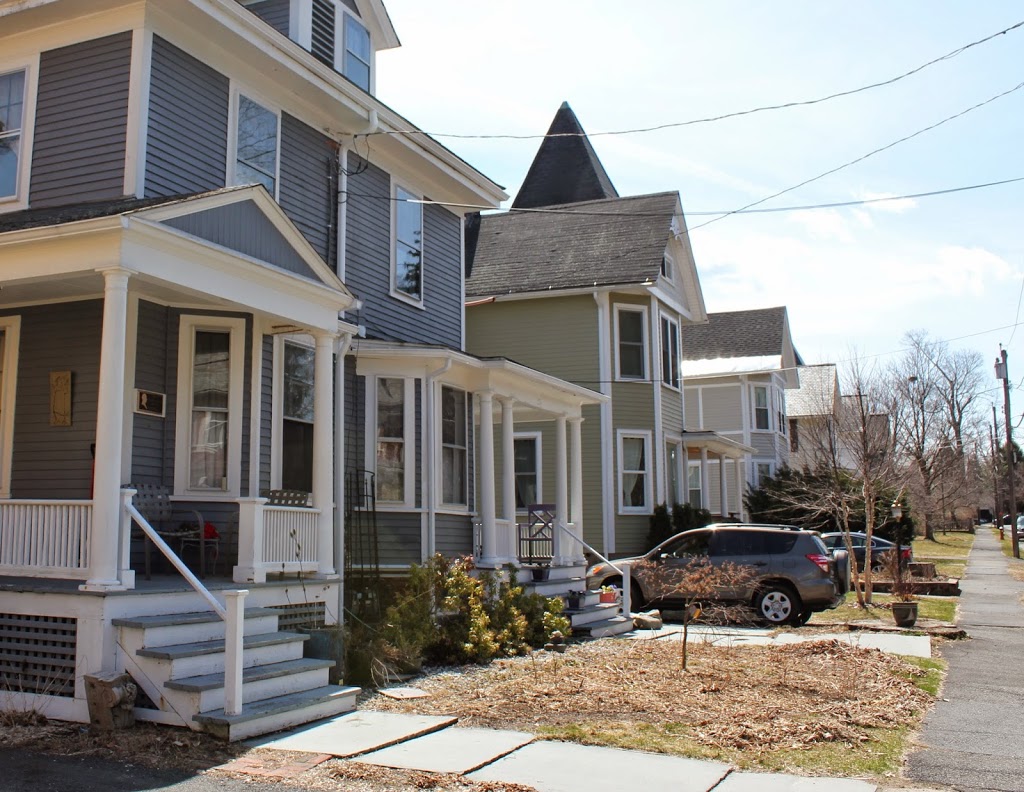 Massasoit Street, where the Coolidges lived from 1906 until 1930, remains largely unchanged – even the concrete slabs on the walkway appear to be the same ones that Mrs. Coolidge stepped on in the 1928 photo.  See also this post and this post for other photos of the Coolidges at their home.