Cafe Martin, at the corner of Fifth Avenue and 26th Street, New York City, around 1908. Image courtesy of the Library of Congress, Detroit Publishing Company Collection. 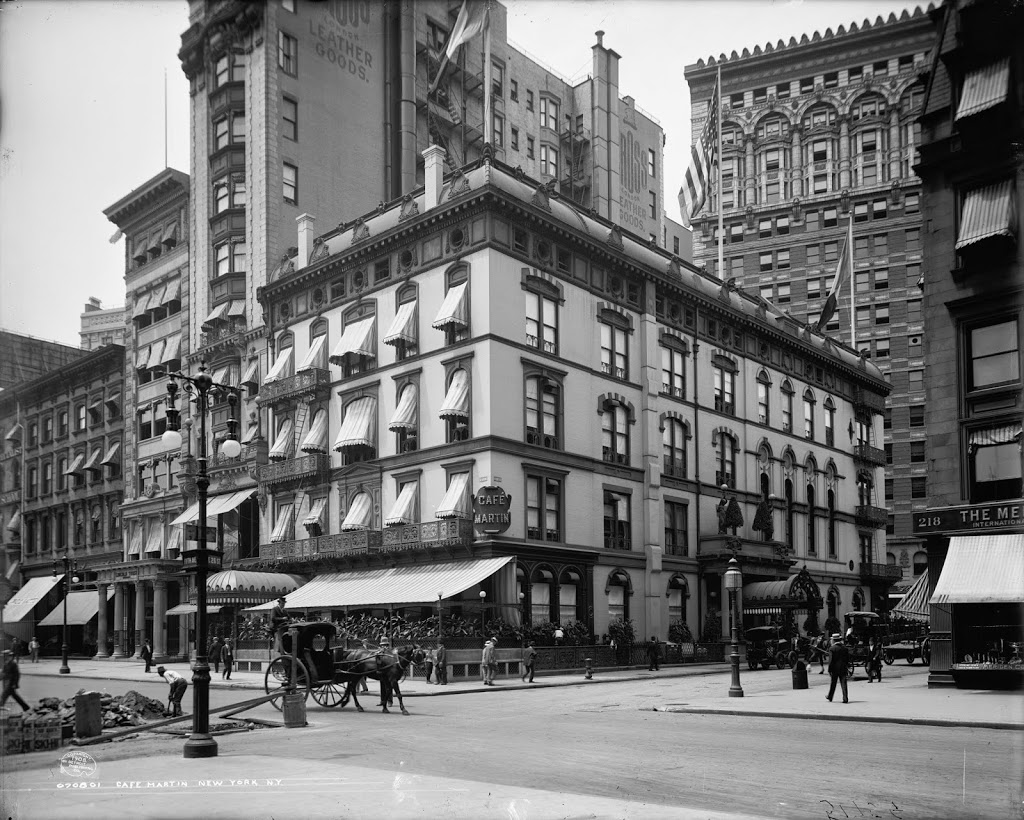 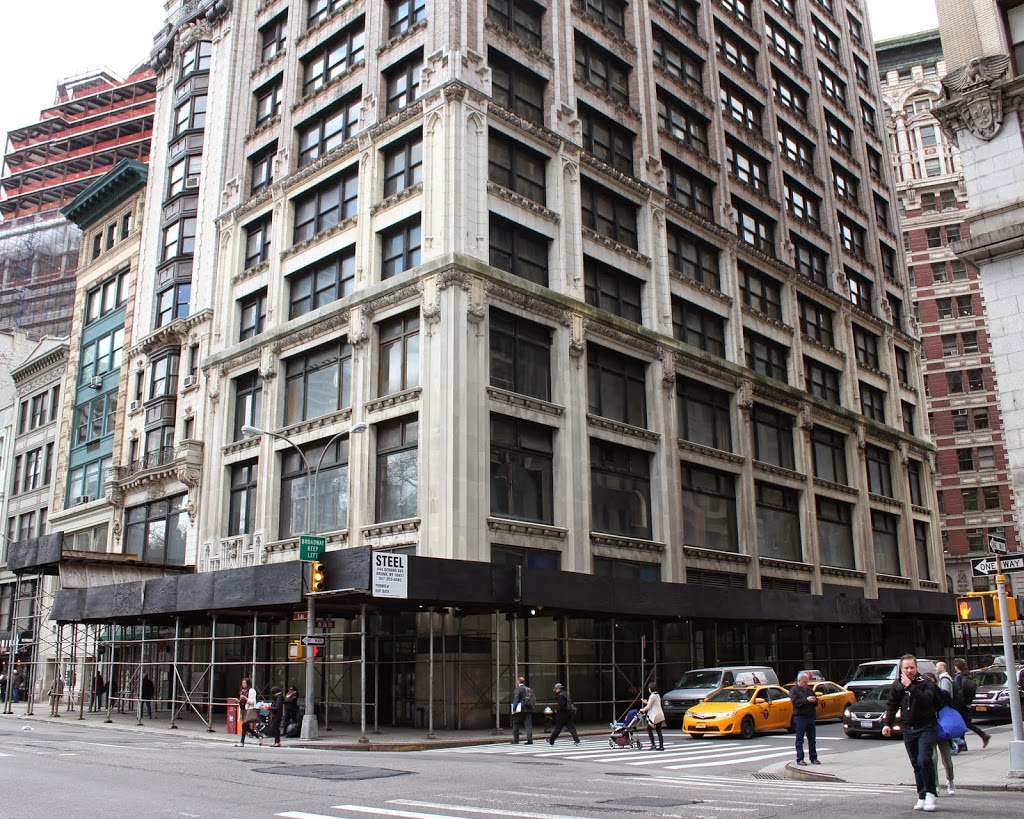 The building in the first photo was the site of the famed Delmonico’s restaurant from 1876 until 1899. Located directly across Madison Square from Madison Square Garden, it was one of several locations owned by the Delmonico family, and was considered one of the best fine dining restaurants in the country.  This building was sold in 1901, and became the Hotel Martin.  I don’t know what became of this business, but the building obviously no longer exists; based on the architecture of the current building, this was probably sometime by the 1920s.  However, most of the surrounding buildings in the 1908 photo still exist, including the building immediately to the left, which looks looks out of place in the first photo, but blends in well in the present-day photo, now that it is no longer three stories taller than its neighbors.