The Agawam Ferry, sometime in the 1870s or earlier. Photo from Springfield: Present and Prospective, published in 1905. 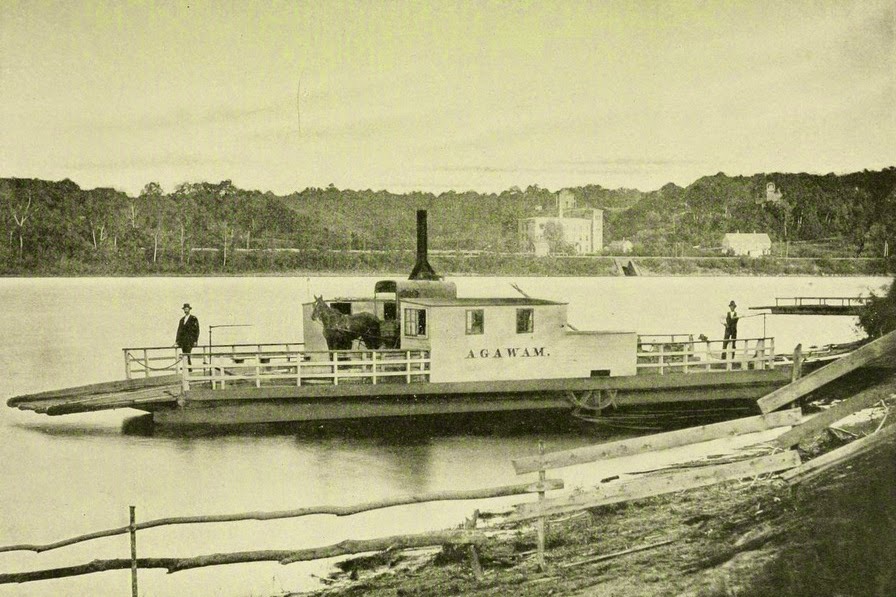 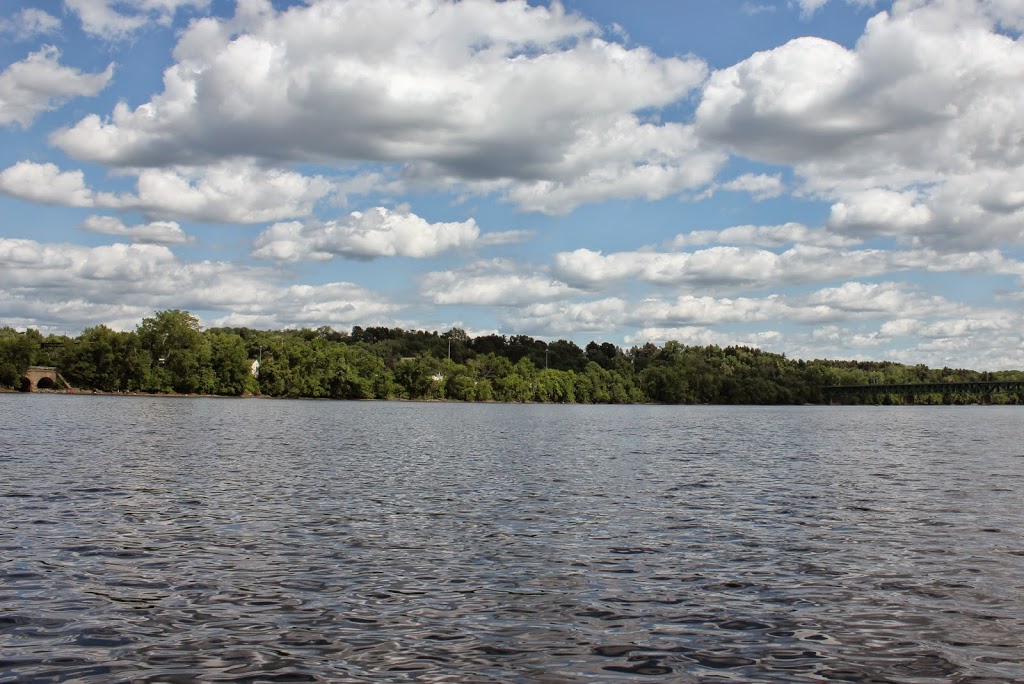 The cities of Springfield and Hartford have historically had a strong connection, being located along the same river only about 25 miles apart.  However, they are located on opposite sides of the river, so travelers have had to cross it one way or another.  Before the construction of the bridges in Springfield, the Agawam ferry, located near the present-day South End Bridge, was the primary way to cross the river when coming from the south.  The ferry was used up until 1879, when the original South End Bridge opened.  This bridge, in turn, was replaced by the present South End Bridge, which is partially visible on the far right of the 2014 photo.  Both photos are taken from the Agawam side of the river, near Bondi’s Island, facing the South End of Springfield.