The northwest corner of Main and Bridge Streets in Springfield, sometime in the early 1880s. Photo courtesy of New York Public Library. 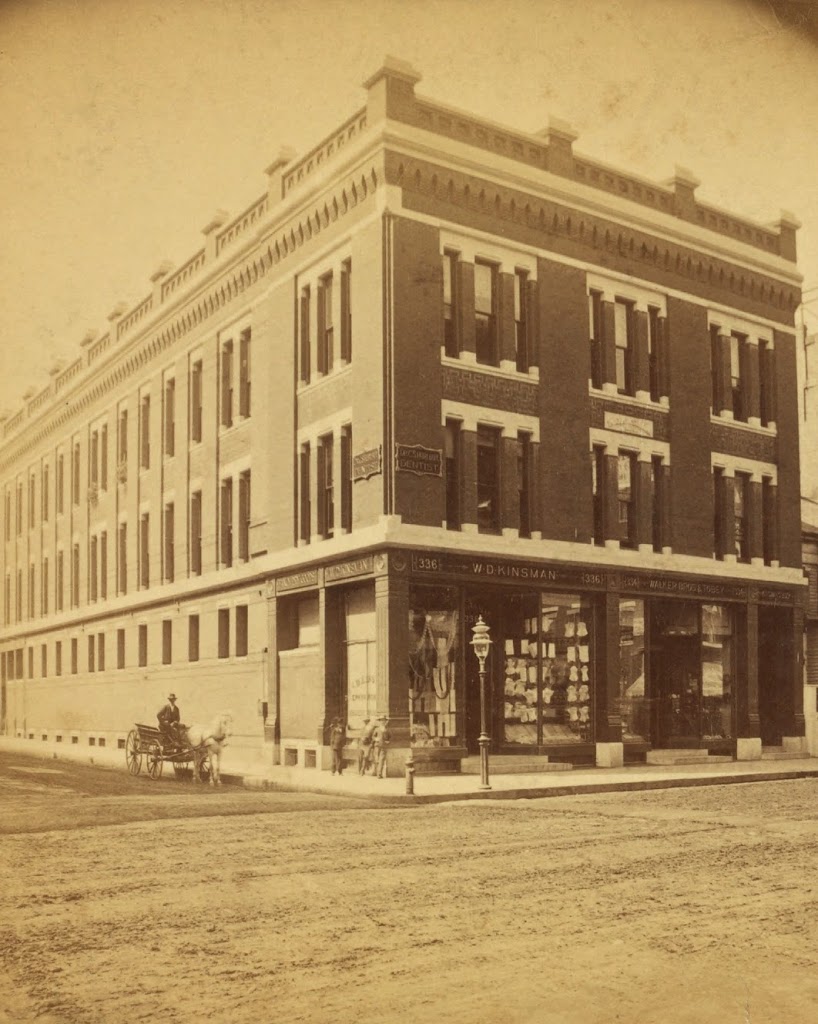 Main and Bridge in 1938-1939.  Image courtesy of the Springfield Preservation Trust. 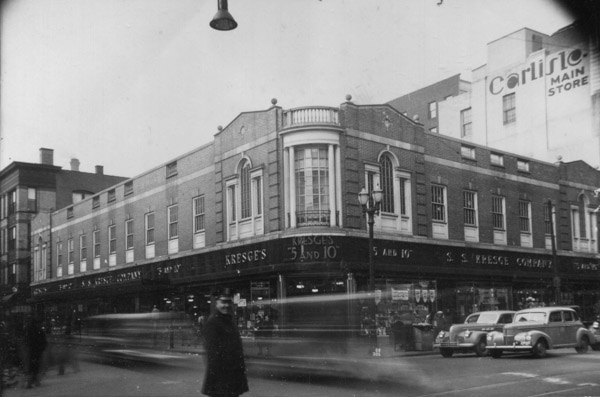 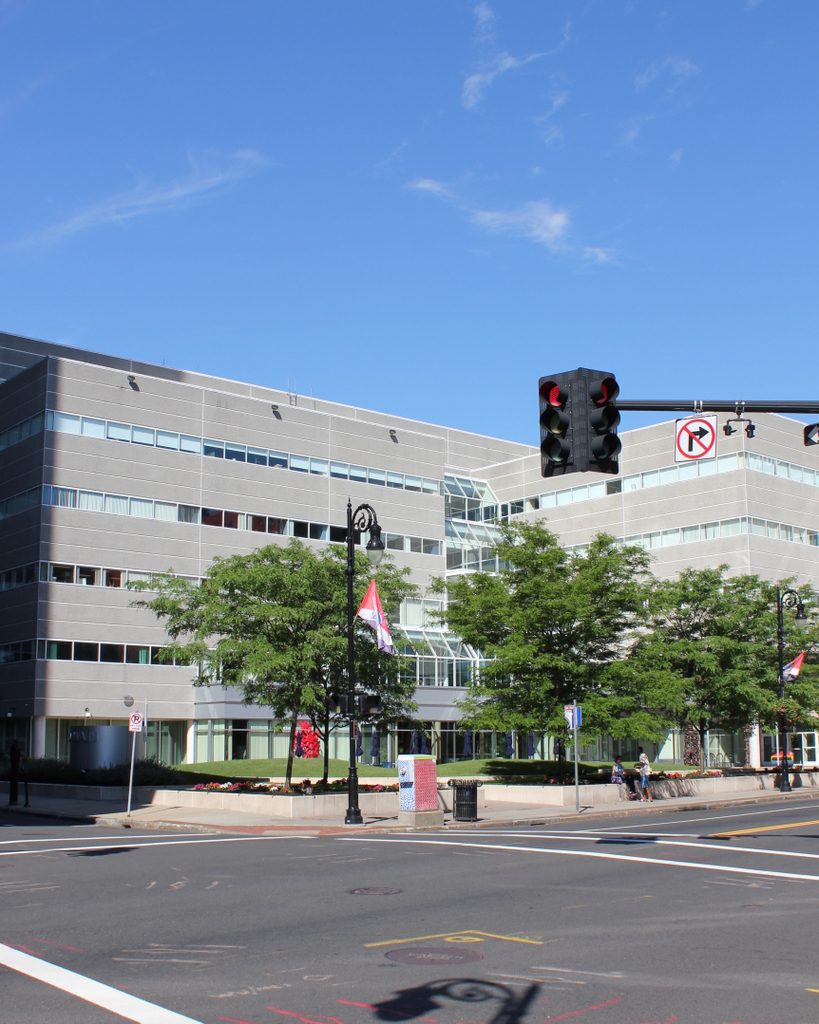 The building in the first photo was the home of W.D. Kinsman’s store, which was described in the 1884 King’s Handbook of Springfield as a “fancy dry-goods and novelties establishment.”  According to the book, Warren D. Kinsman opened the business in 1866 and moved to the location at the corner of Main and Bridge Streets in 1880.  However, the engraving in King’s Handbook shows a building that is five bays wide on the Main Street facade, as opposed to the three which are seen in this photo.  This would seem to suggest a date of around 1880 for the first photo; the building must have been expanded to the right sometime soon after.  The Kinsman building was demolished by the 1930s, and Kresge’s 5 and 10 cent store was built on the site, as seen in the second photo.  Today, Kresge’s is also gone; it was replaced by the former Federal Building, which was renovated in 2009 and is now an office building.