Solin’s Market, at the corner of Center and West Streets in Chicopee around 1919. Image courtesy of the Chicopee Public Library, Russ H. Gilbert Photographic Collection. 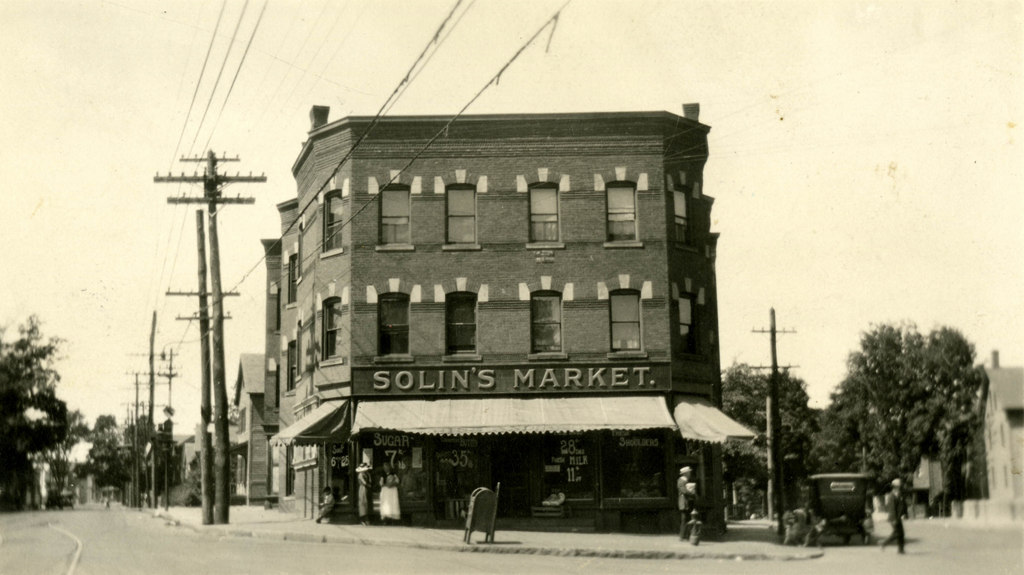 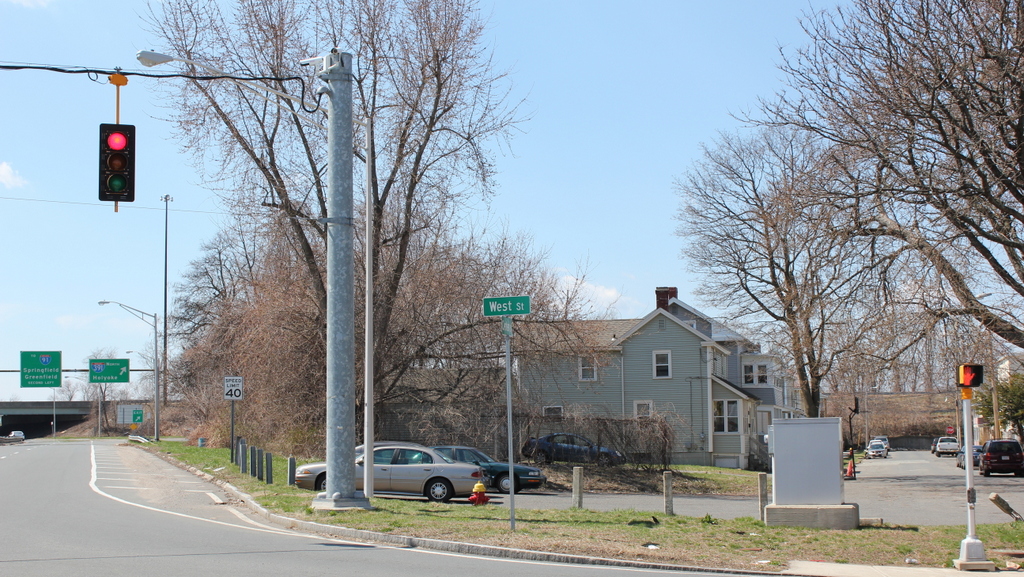 This grocery store was owned by Michael Solin, and was established in the early 1900s to serve the growing Polish community in Chicopee.  I can’t read all of the writing on the windows, but it appears that some of the purchases that could be made here included sugar for 7 cents a pound, butter for 35 cents a pound, eggs for 28 cents a dozen, and milk for 11 cents a quart.  “Fresh shoulders” are also apparently available, although no price is given, so perhaps the market price varied from day to day.  These seem like great buys, but of course wages were also much lower back in 1919.  In 2015 dollars, the sugar would cost $0.95, the butter would be $4.75, the eggs $3.80, and the milk $1.49 (for a quart, so a gallon would be $5.96).  All of these are comparable to or higher than prices today, so the deals weren’t as great as they appear at first glance.

But, just as buying milk for 11 cents a quart is a thing of the past, so is the building that once housed Solin’s Market.  I don’t know when it was demolished, but the property was probably needed to widen Center Street and make room for the I-391 on-ramp.  The street to the right, Abbey Street, is now closed off to traffic from this end, and some of the houses on that street are probably the only things left from the 1919 photo.