The entrance to the Springfield Armory at the corner of State Street and Byers Street, around 1907. Photo courtesy of the Library of Congress, Detroit Publishing Company Collection. 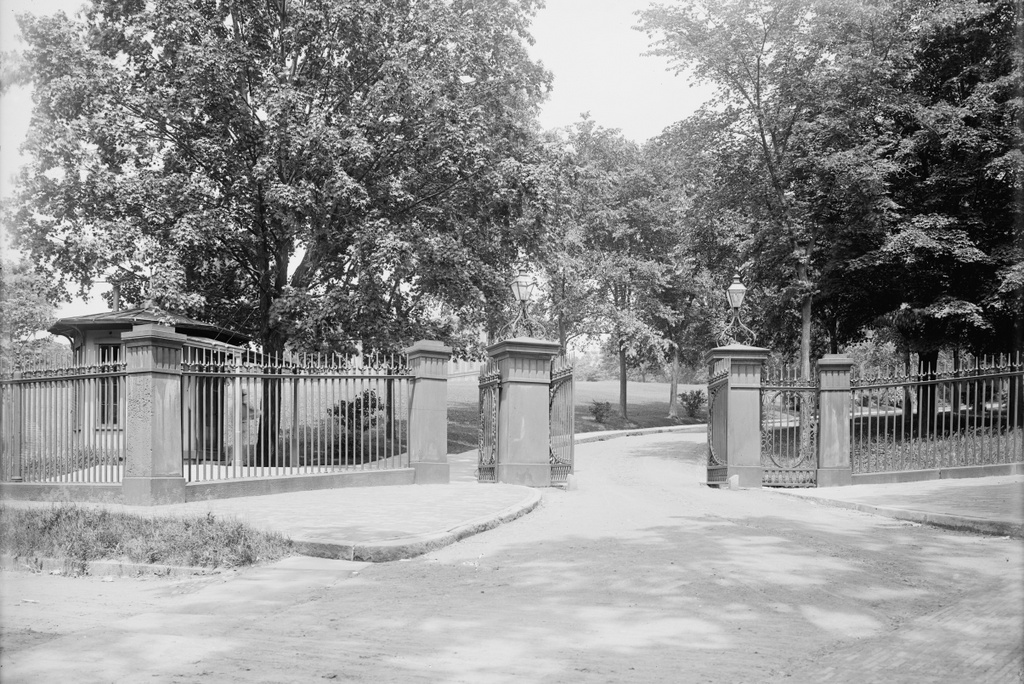 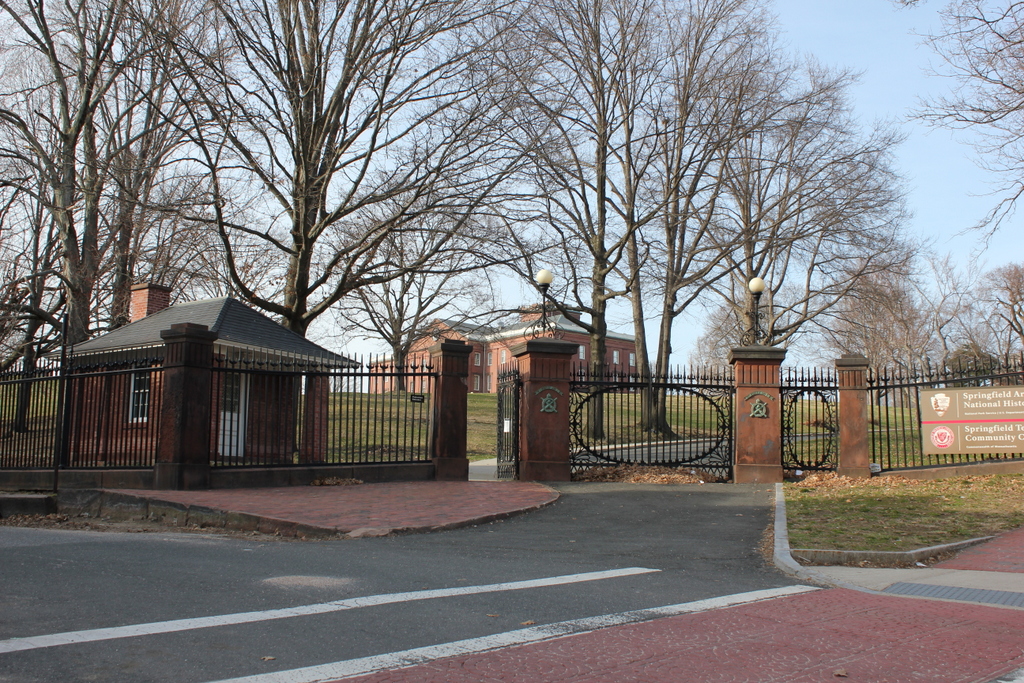 This gate at the southwestern corner of the Armory grounds was opened in the 1870s, when the grade of State Street was lowered and the previous main entrance became unusable.  This became the main entrance for many years, but the advent of automobiles and trucks made the narrow gate and fairly steep grade impractical.  So, around 10 years after the first photo was taken, a new main entrance was opened on Federal Street; this continues to function as the main entrance for Springfield Technical Community College, which now uses the Armory grounds.  In the distance of both photos is the Arsenal, which was completed in 1851 and is discussed further in this post.