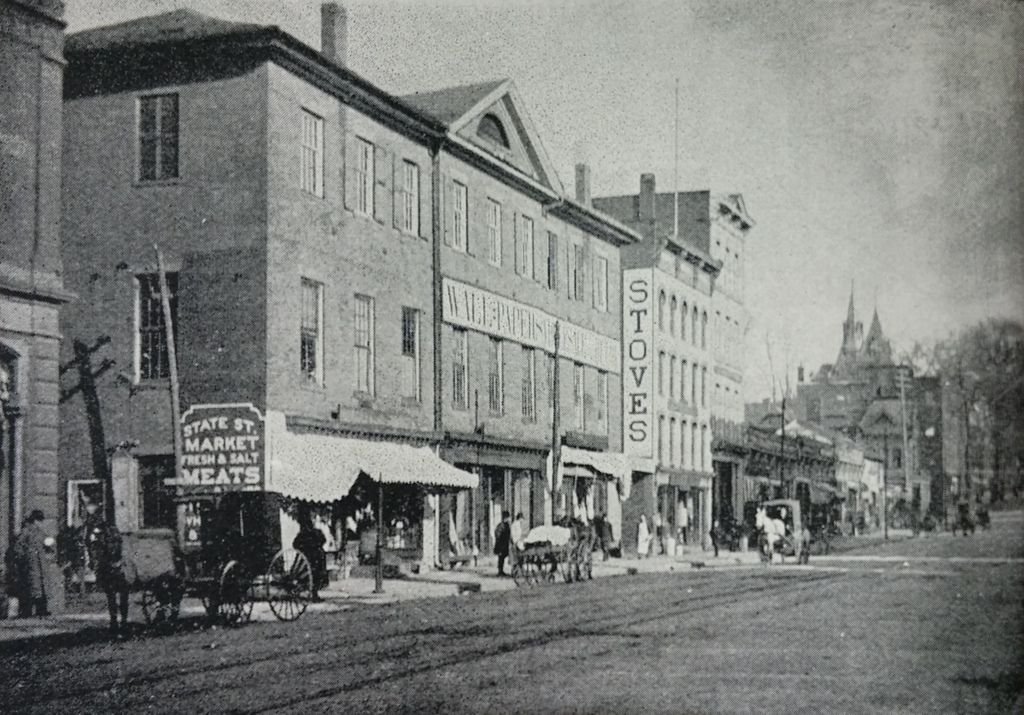 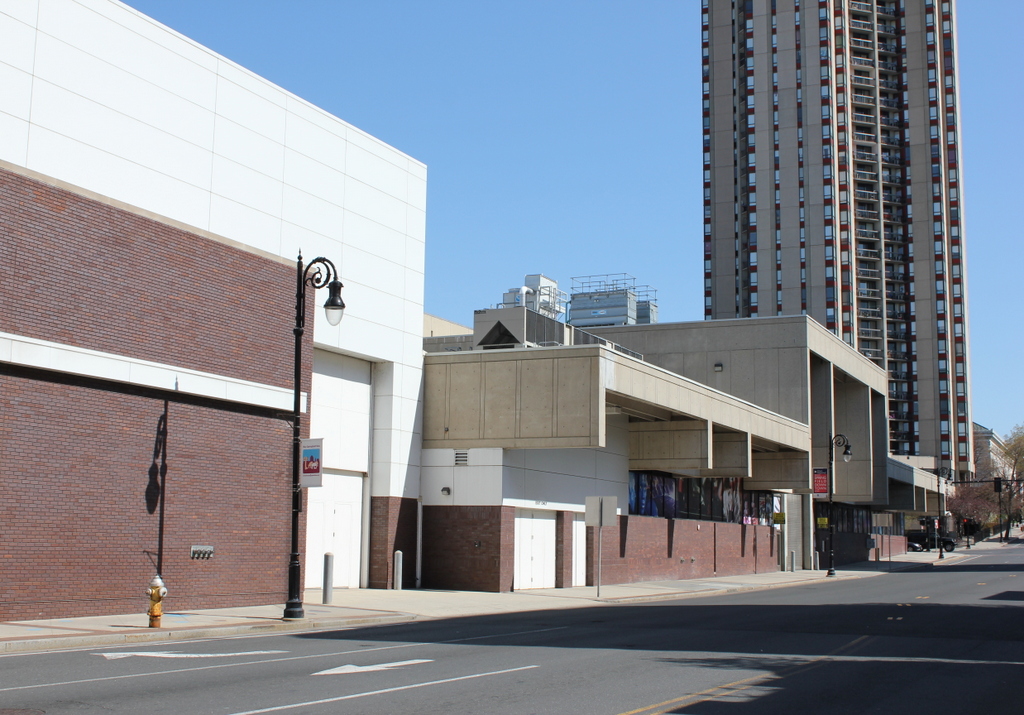 The building in the first photo once served as Springfield’s town hall before it was incorporated as a city.  It was built in 1828, and Springfield became a city in 1852, at which point a more substantial building was needed for the municipal government.  So, in 1855 Springfield City Hall opened across from Court Square, in approximately the same location as the present-day City Hall.  Meanwhile, this building on State Street continued to be used for a variety of purposes.  The first floor was home to several different businesses, including a meat market and wallpaper store, as seen in the first photo.  By the 1880s, the second floor was still owned by the city, and the third floor by the Masons.  It was demolished around 1937, and today the location where it once stood is now part of the MassMutual Center.