Looking north on Main Street in Laconia at the intersection of Pleasant Street, probably in 1907. Image courtesy of the Library of Congress, Detroit Publishing Company Collection. 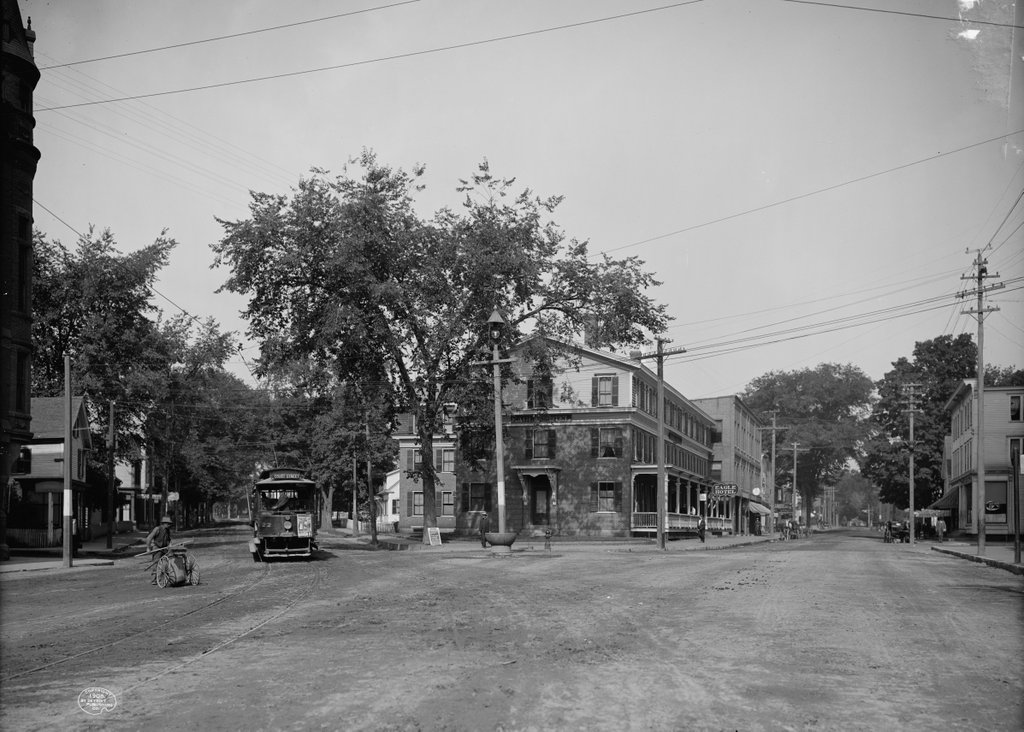 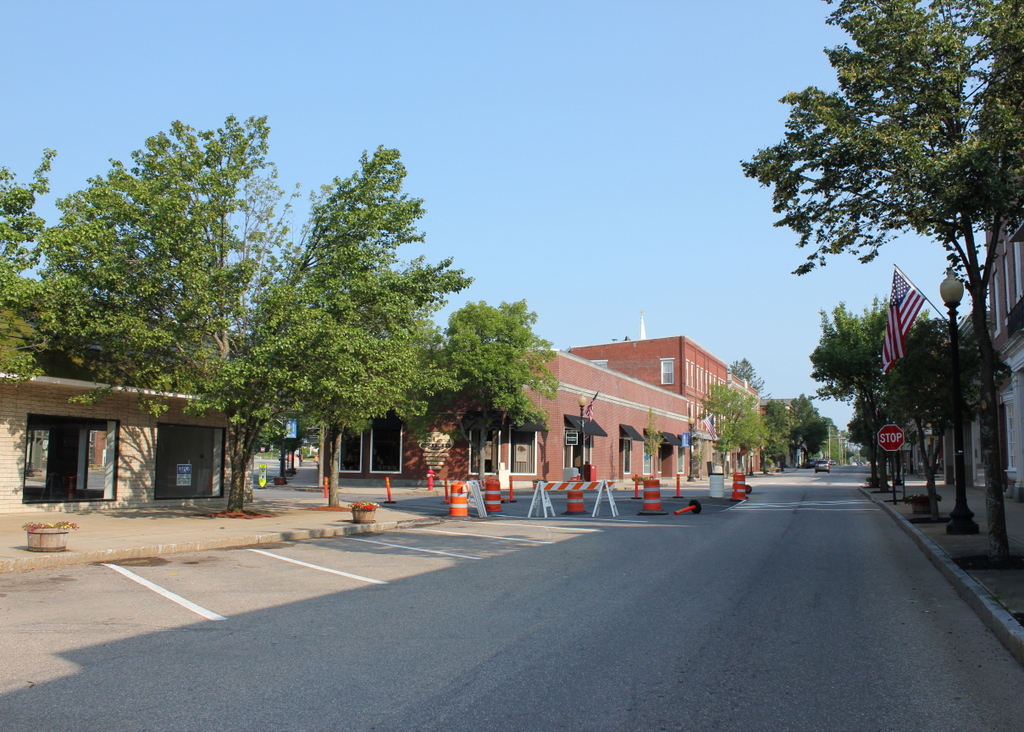 As far as I can tell, only one building from the first scene survives today: the brick building on the left side of Main Street, just to the right of the center in both photos.  As was the case in many other parts of the country during the 1960s, a number of Laconia’s historic downtown buildings were destroyed as part of an urban renewal project.  However, the most prominent building in the first scene, the Eagle Hotel, was gone before then.  It enjoyed a prominent location right at the intersection of Main and Pleasant Streets, and was just a block away from the railroad station.  Around the time that the first photo was taken, it was one of Laconia’s most popular hotels (and, at $2.50 a day, one of its most expensive as well).  By the 1950s, the former hotel had been demolished and replaced by Woolworth’s, as seen in some of the pre-urban renewal photos featured on this Weirs Beach website.  Today, the site is occupied by a one story brick building with commercial storefronts.  This might be the same building that Woolworth’s was once in, but if so it has been heavily modified over the years.

Part of the urban renewal projects involved changing some of the traffic patterns in downtown Laconia.  Today, Main Street south of here (behind the photographer) is a narrow, single lane one way street that carries northbound traffic.  The buildings on the left-hand side of the street in that section extend about 40 feet closer to the center of the road than the pre-renewal buildings did.  In this scene, the road is as wide as it was a century ago, but it still has just one way northbound traffic, with angled on-street parking taking up what was once the southbound travel lane.  Pleasant Street is now one way, southbound, and any traffic on the street must circle around the former Woolworth’s site and head back north on Main Street.

Although the first scene is mostly deserted, there are a few interesting things going on.  The man on the far left appears to be a street sweeper; he is pushing what looks like a large, wheeled canvas bag while holding a broom and probably a pick.  He is looking at the ground, and it seems like he is about to walk into the path of the oncoming trolley.  The trolley has a handbill on the front, advertising for “Adrift in New York,” which would be showing at the Moulton Opera House on Tuesday, September 17.  The Library of Congress estimates that the this photo was taken in 1908, but September 17 fell on a Tuesday in 1907, so the photo was probably taken in early to mid September of that year.  Plays weren’t the only form of entertainment that was available at the Moulton Opera House, though; a sign on the sidewalk reads “Don’t Fail to See the Great Moving Pictures Tonight.”  The “moving pictures” would have been early silent films, most of which were not preserved and have long since been lost to history.  Likewise, the trolleys have been lost to history; the Laconia Street Railway shut down in 1925 amid growing competition from cars and buses.