The home of Posthumous Sikes, on Mapleton Avenue in Suffield, around 1920. Image from Celebration of the Two Hundred and Fiftieth Anniversary of the Settlement of Suffield, Connecticut (1921). 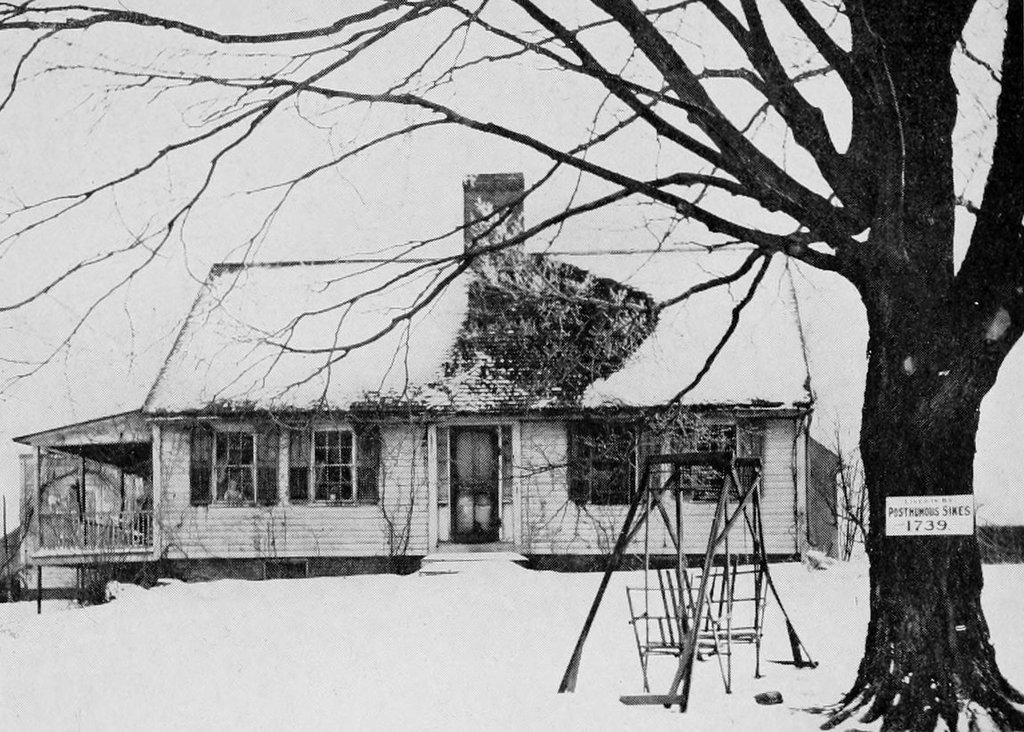 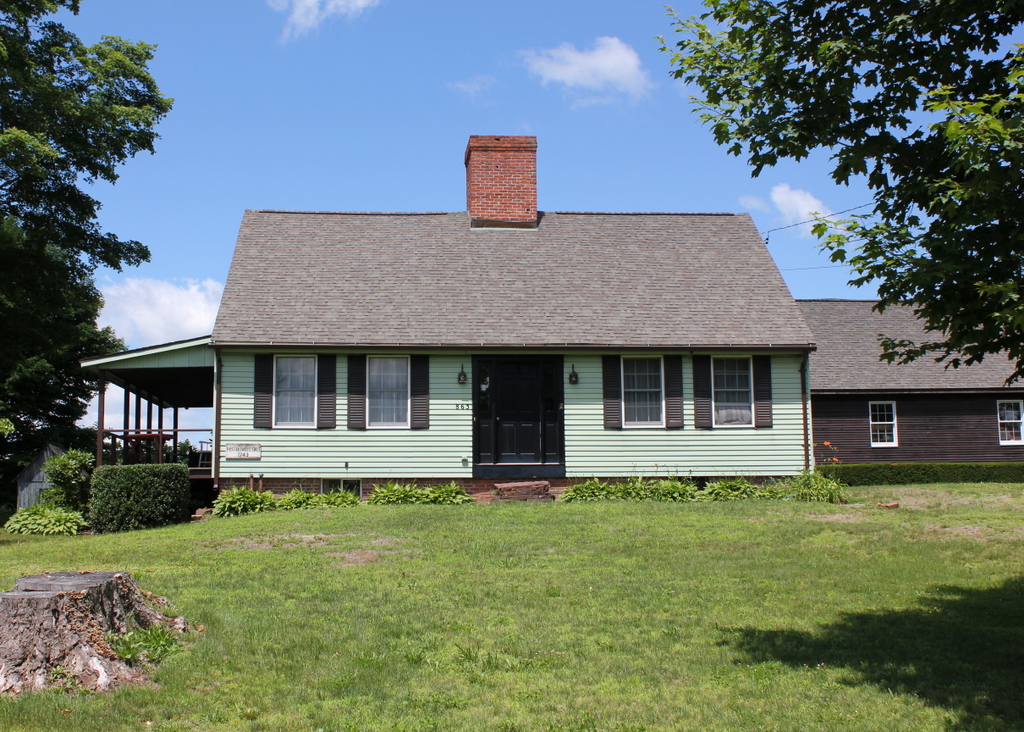 The town of Suffield has an impressive collection of historic houses from the first half of the 18th century, including this one, which was built in 1743 by the curiously-named Posthumous Sikes.  The early Puritan settlers of New England would often give their children seemingly unconventional names, often preferring “Increase,” “Thankful,” and “Deliverance” to more Catholic-sounding names like Mary, James, and Peter.  In the case of “Posthumous,” it was often given to a child born after the death of his father, and for Posthumous Sikes, he was born in 1711, seven months after his father Jonathan died.  Posthumous married Rachel Adams around the same time that he built this house, and they had four children: Amos, Stephen, Shadrack, and Gideon.  Posthumous died in 1756, and his son Shadrack later owned the property.  The house appears to have remained in the Sikes family until at least the mid-1800s, and it was recognized as historic even at the time that the first photo was taken, although the sign on the tree provides the wrong date for the house.