The northwest corner of Devonshire and Water Streets in Boston, around 1860. Image courtesy of the Boston Public Library. 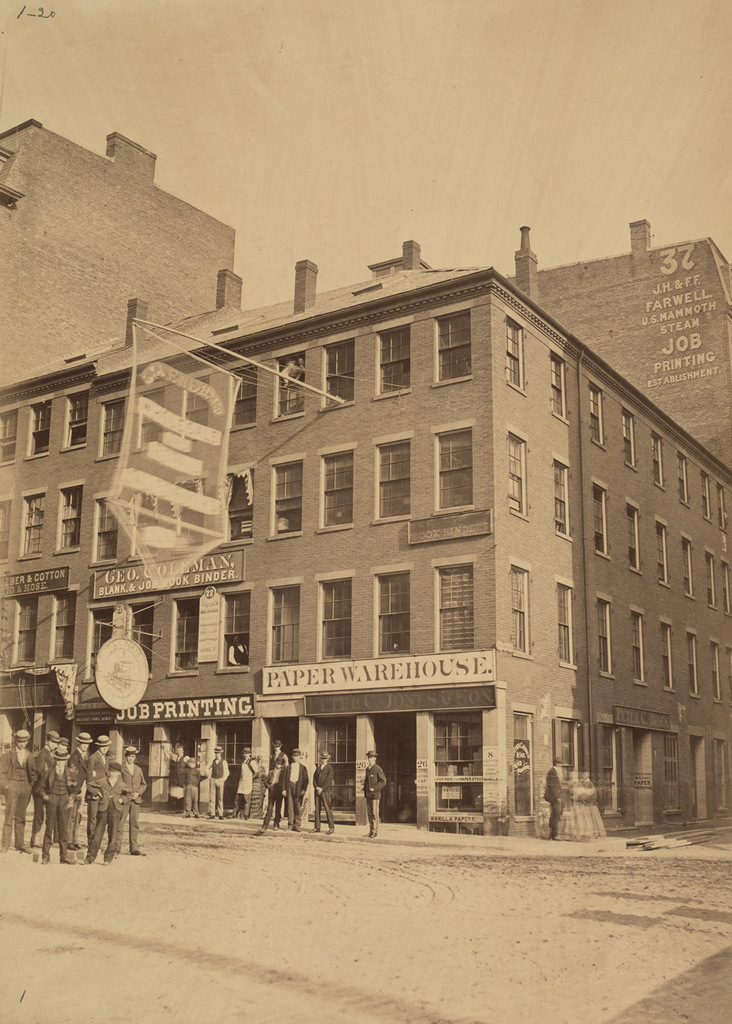 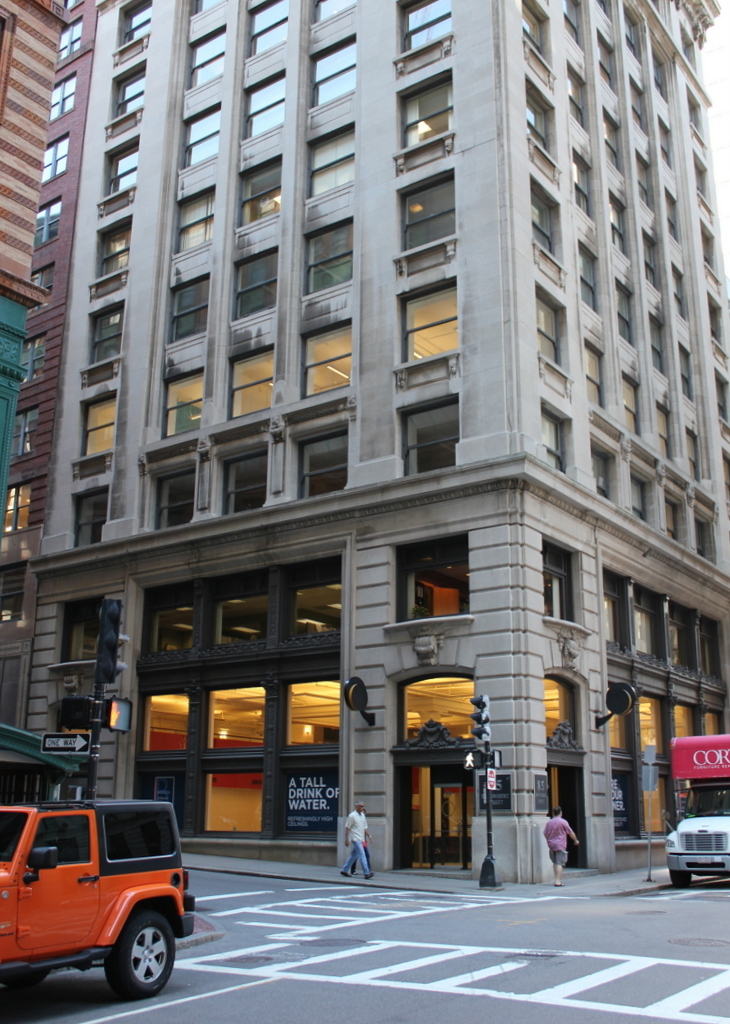 Based on its architecture, the building in the first photo was probably built sometime around the 1820s to the 1840s, and by the 1860s when the photo was taken it appears to have been a place for all things paper. According to the signs, the tenant on the left was a job printing company, which was a collective term for a printer who made small items such as tickets, cards, letterheads, and other such documents. To the right was Peter C. Jones’s wholesale paper business, which he operated in Boston for many years. He had four sons, so I don’t know which one was the “& Son” that is mentioned on the sign, but it certainly was not his son Peter, Jr., who moved to Hawaii in 1857 and became a prominent businessman and politician both before and after the kingdom was acquired by the United States.

I don’t know exactly when this building was demolished. The great Boston Fire of 1872 hit this area 12 years later, but according to maps of the disaster, the fire stopped just across the street from here. If this building was still standing at that point, it probably survived the fire, but it was certainly gone by 1908, when the present-day Lawrence Building was built on the site. When completed, it housed the Federal Trust Company commercial bank on the ground floor, and professional offices such as lawyers, investment brokers, and real estate agents. Today, the historic building is still standing here at the corner of Devonshire and Water Streets.