Facing east on the Armory grounds along Officers’ Row, around 1910-1920. Image courtesy of the Library of Congress, Detroit Publishing Company Collection. 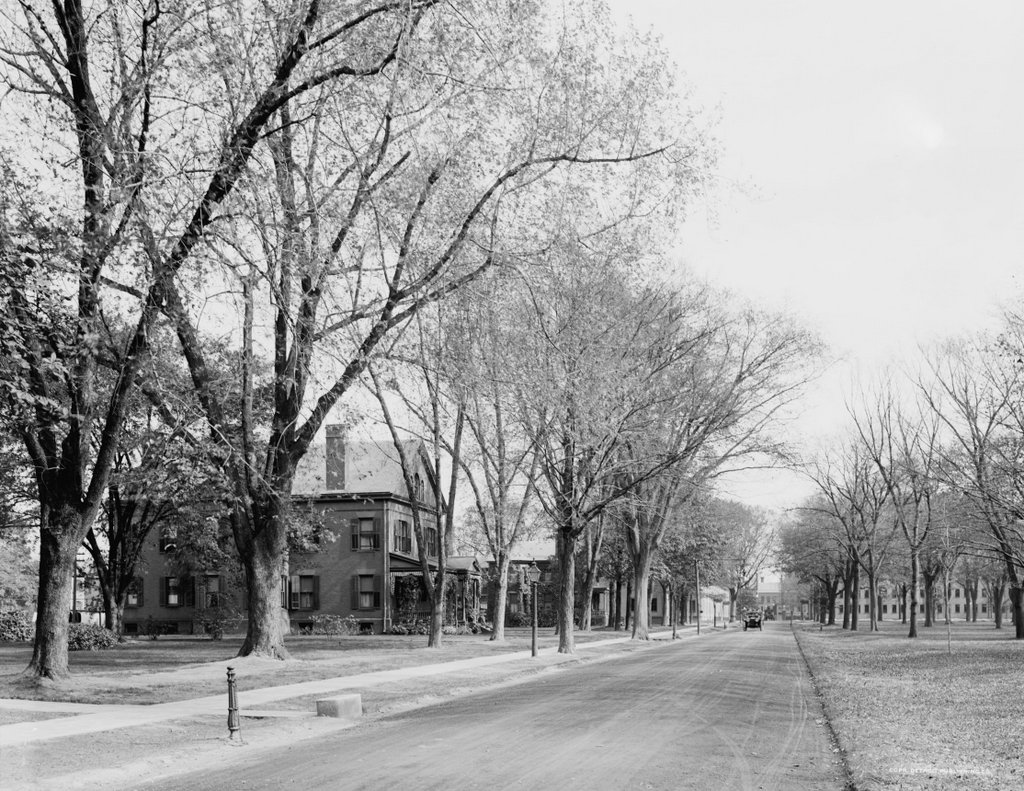 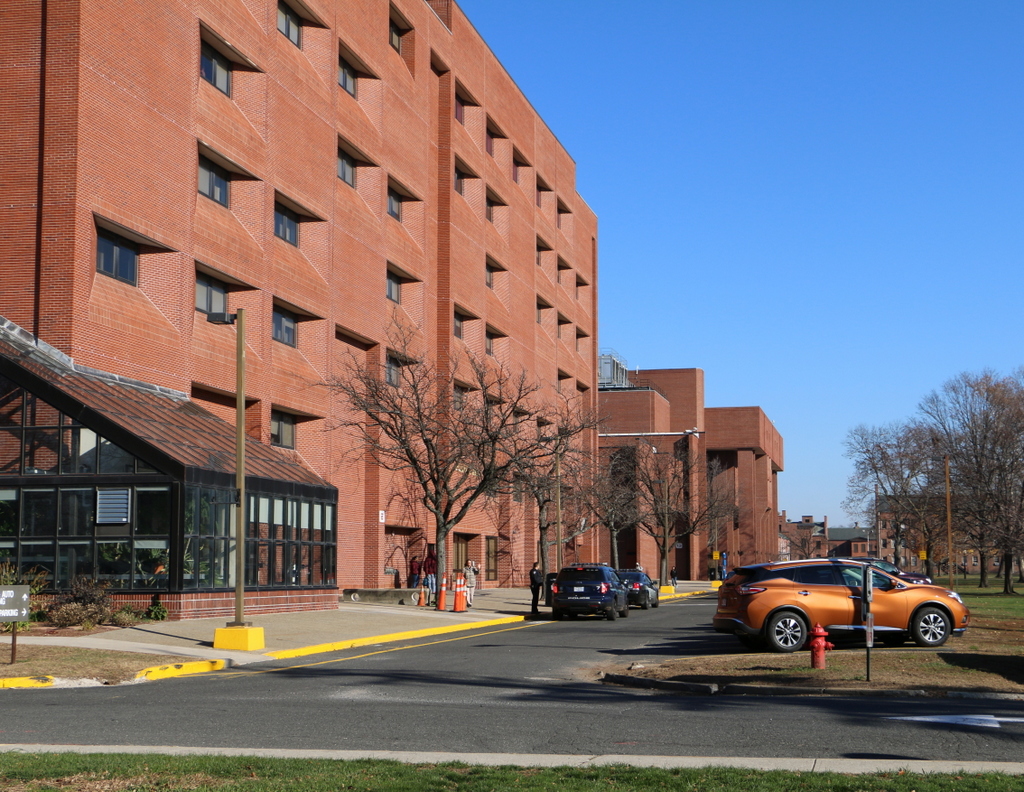 The Springfield Armory closed in 1968, and most of the grounds are now the home of Springfield Technical Community College, but most of the property has been well preserved as part of the Springfield Armory National Historic Site. However, this area is the exception, as it has undergone significant changes since becoming a college campus. Located along the north side of the Green, these homes for officers were built between the 1830s and the 1890s, but they were demolished in the 1970s to make room for new academic buildings at the college. In the foreground of the 2015 view is Scibelli Hall (1988), with Deliso Hall (1973) and Putnam Hall (1974) in the distance. The only readily visible building from the first photo that still stands today is the former Administrative Building, now named Garvey Hall. This long building on the east end of the Green was built in 1862, and it now functions as the college’s administrative offices.