Looking north on the Armory grounds from near the center of the Green, around 1910-1920. Image courtesy of the Library of Congress, Detroit Publishing Company Collection. 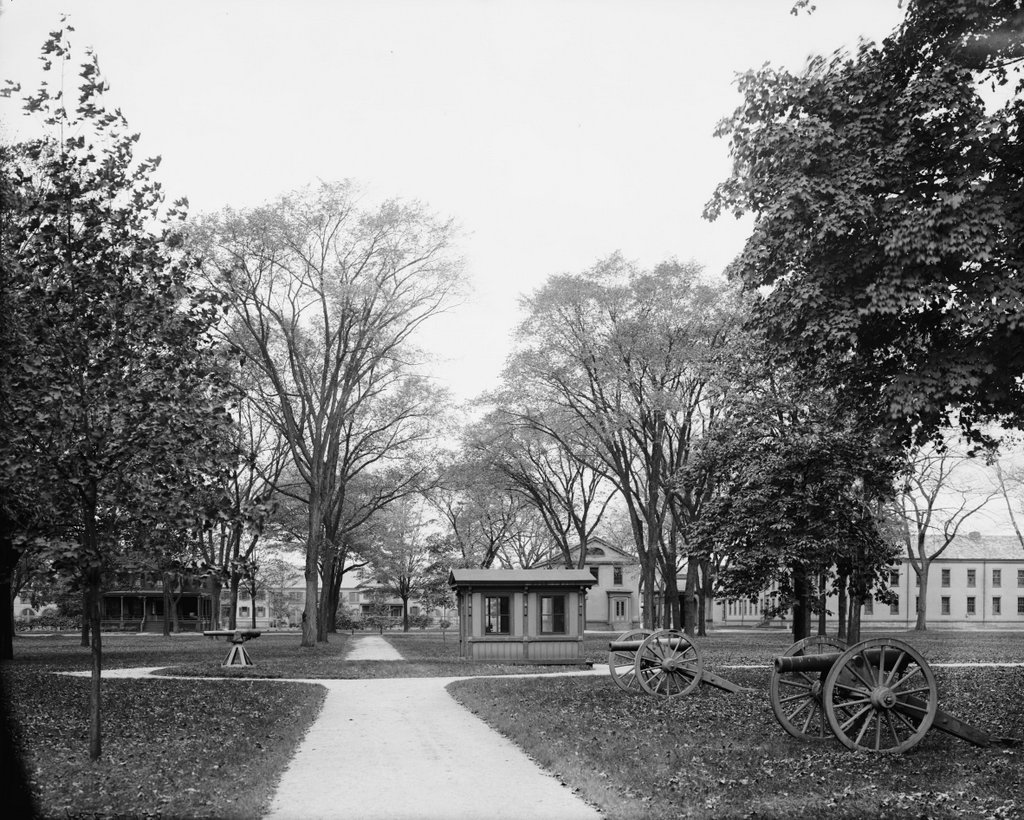 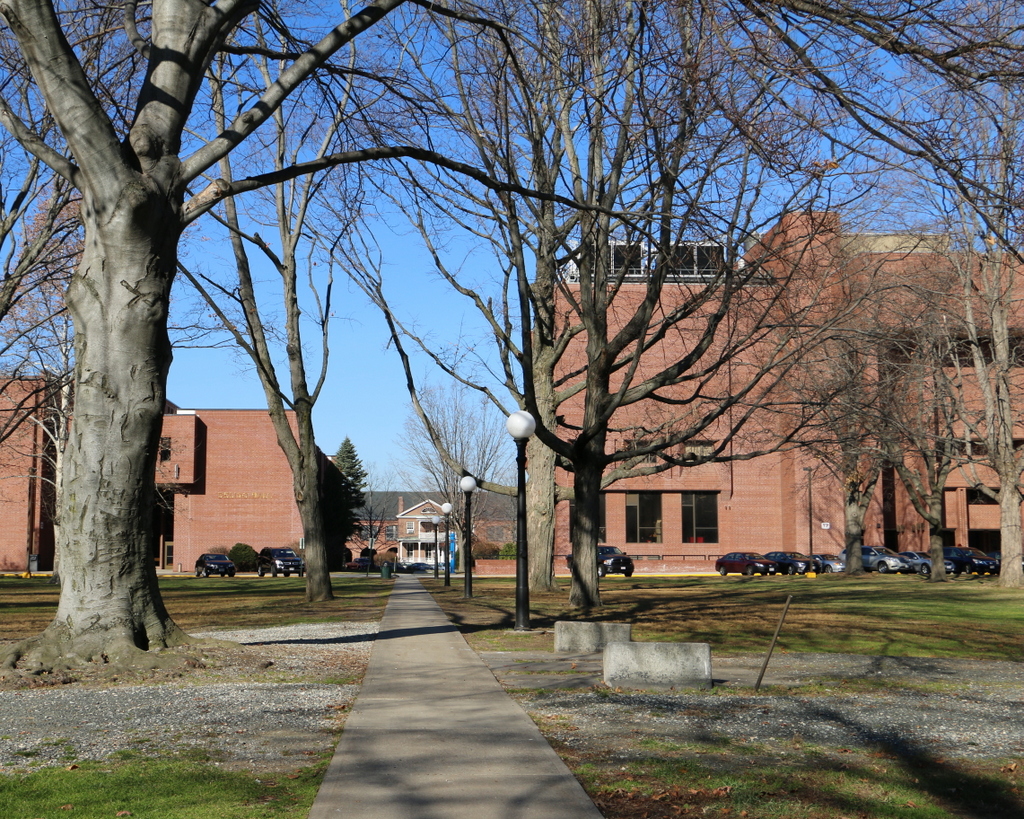 This view shows part of the same scene as the photos in the previous post, with part of Officers’ Row visible along the north side of the Green. As mentioned there, these houses were demolished in the 1970s to build the current academic buildings for Springfield Technical Community College after the Armory closed. However, several other buildings from the first photo are still standing today, including the Long Storehouse in the distance, which was built in stages between 1846 and 1863. In front of it are several brick Greek Revival style houses that were built in the 1830s as officers’ quarters. Today, these houses are used by several different campus departments, although only the one in the distance near the center of the photo is visible from this angle; the rest are hidden behind the modern campus buildings.