Another view looking north from the top of the Arsenal at the Springfield Armory, around 1900-1910. Image courtesy of the Library of Congress, Detroit Publishing Company Collection. 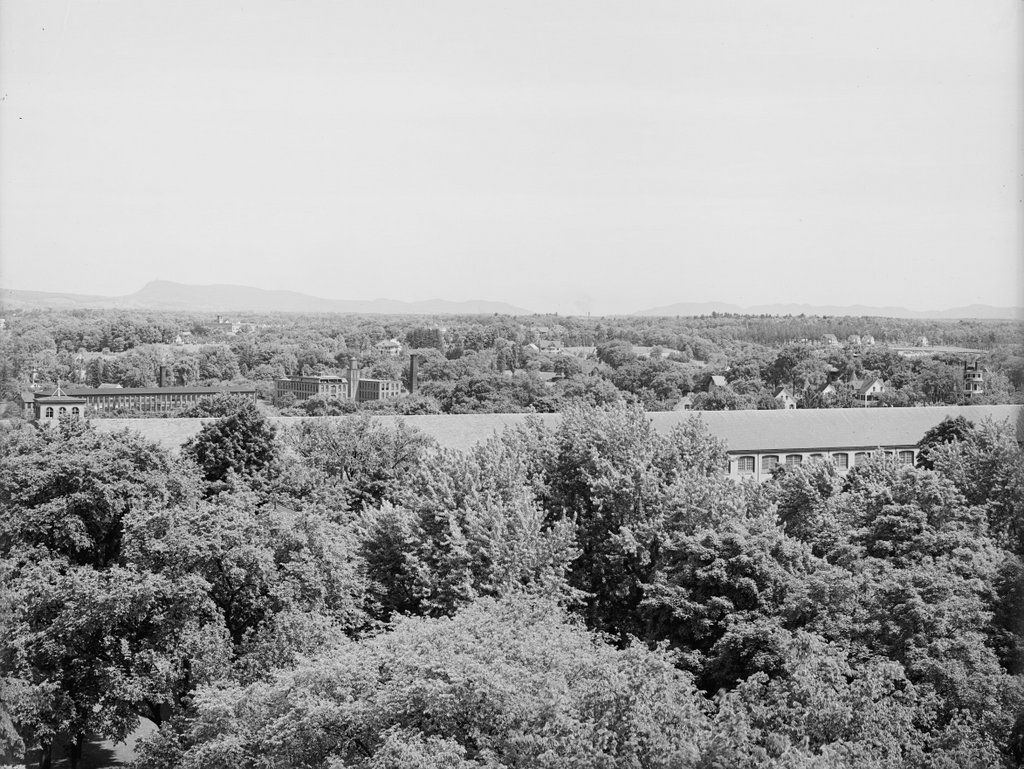 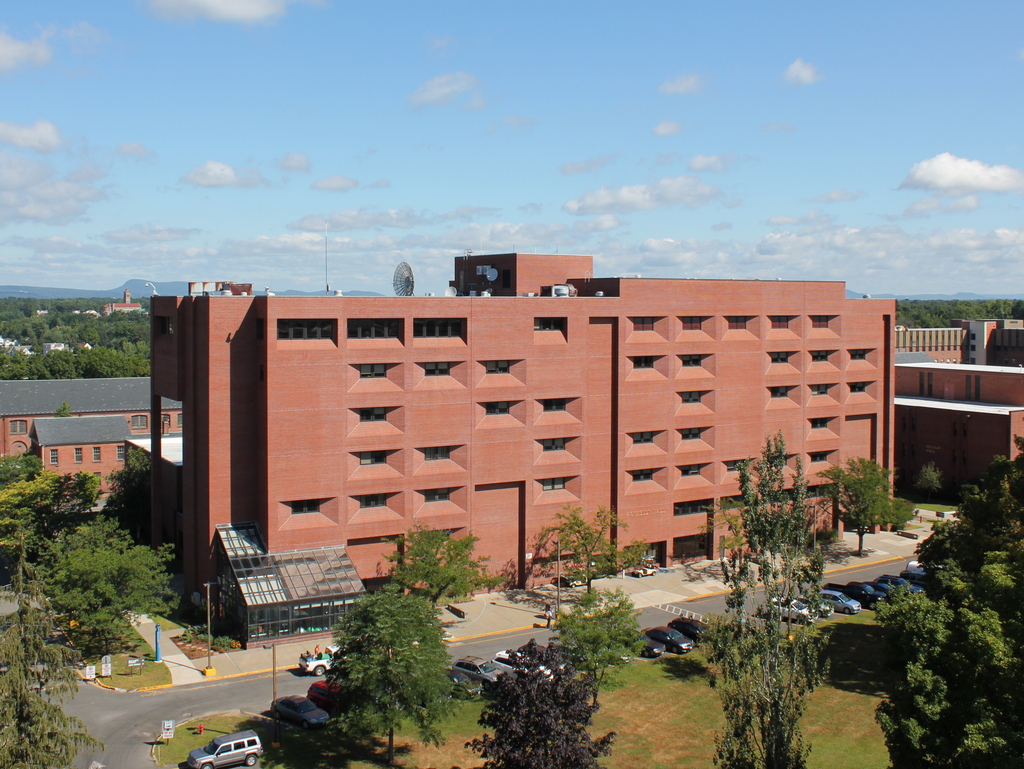 This scene shows the view looking just a little further to the right than this earlier post, and it shows how both the Springfield Armory and the Liberty Heights neighborhood in the distance has changed over the past century. Aside from the Armory’s Long Storehouse in the foreground, the first photo shows sporadic development throughout the area, with the most noticeable buildings being the factories on the left side. The factories were located along Warwick Street, with the Cheney Bigelow Wire Works on the far left, and the Taber Prang Art Company closer to the center. Beyond them, scattered houses illustrate the early stages of development in the Liberty Heights area, with Mount Tom as a backdrop in the distance.

In the 2015 view, the most obvious change is the building in the foreground. The Springfield Armory closed in 1968, and the grounds became home to Springfield Technical Community College. Most of the former Armory buildings were converted into classroom and office space for the college, but there were also a few new buildings that were constructed for the school, including Scibelli Hall, as seen here. Not much is visible in the distance in the 2015 view, but most of the old factories on Warwick Street from the first photo are still standing. One prominent Liberty Heights landmark that was built after the first photo was taken is the Our Lady of Hope Church, which was built in 1925 and can be seen in the distance just to the left of Scibelli Hall.

For other then and now views from the Arsenal tower, see the earlier posts showing the view facing southwest, west, northwest, and south.